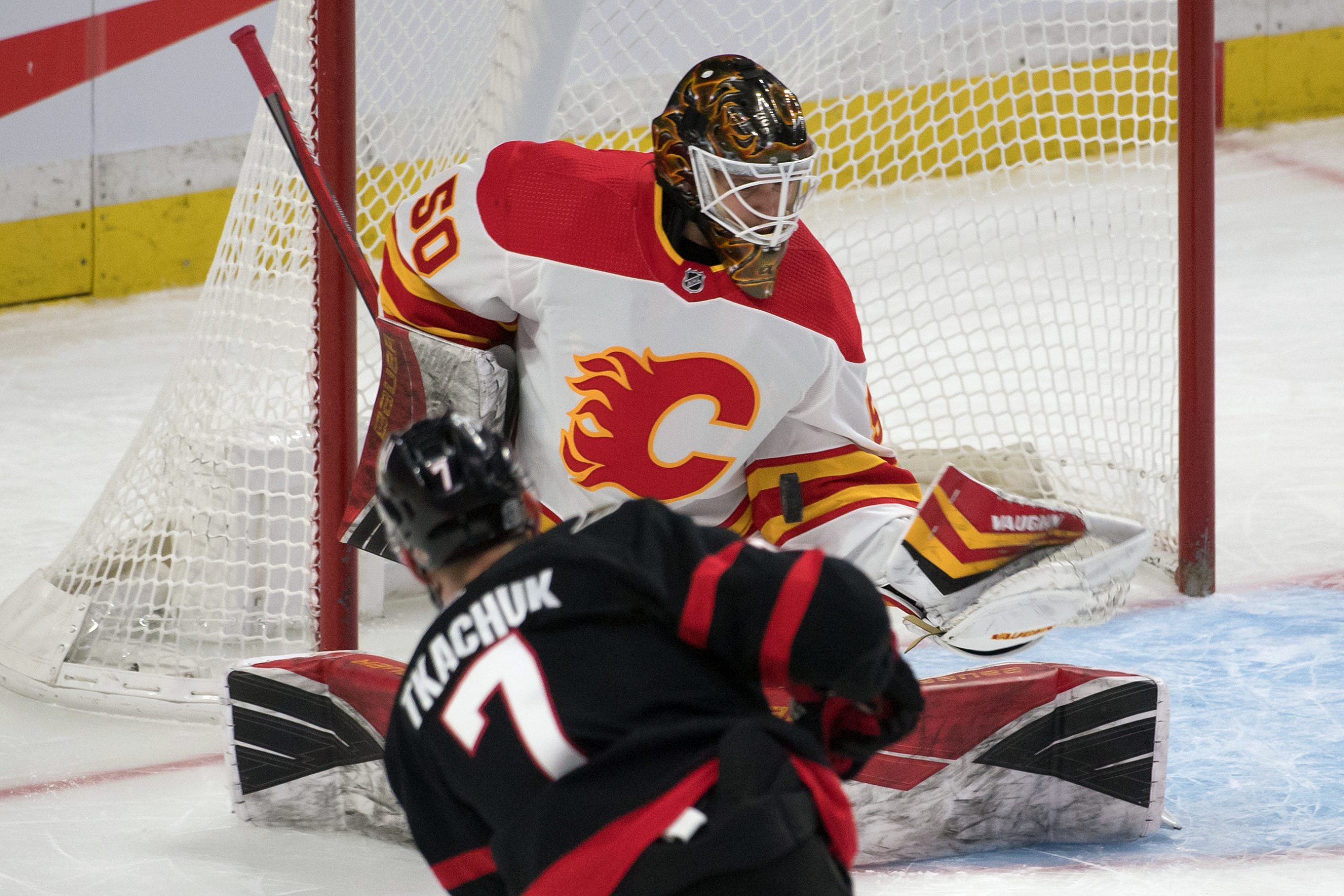 Hockey fans will be spoiled on Saturday as the NHL has scheduled 14 games. The action gets underway with three matinee games and continues on throughout the night. Be sure to check out our picks for all of Saturday’s NHL matchups.

But right now let’s break down our four-team mega parlay:

The Senators won their third consecutive game on Thursday skating to an easy 6-1 victory over the Calgary Flames. Meanwhile the Flames have now lost five of their last six and have fallen well behind in the playoff picture in the North division. The Flames will be without starting goaltending Jacob Markstrom who was placed on the injured reserve list. Calgary will be forced to go with David Rittich in net who has been good, but you have to wonder how he will hold up starting his third game in four nights. Rittich was pulled from Thursdays game after allowing four goals by the midway mark of the second period. With two teams heading in the opposite direction there is simply too much value to pass on the Senators with plus money on home ice. Take Ottawa! 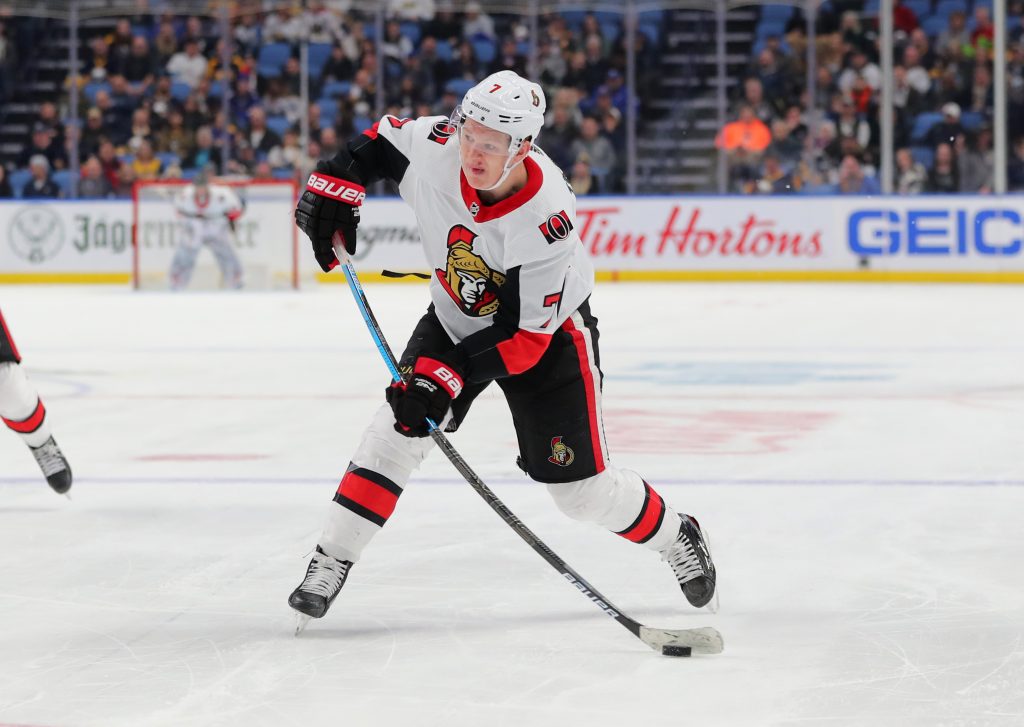 The New York Islanders moved within one point of the Boston Bruins for first place in the North division with a 7-2 stomping of the Bruins on Thursday. The Islanders have now beat the Bruins all three times this year and will look to carry that momentum into Pittsburgh. A large advantage for the Islanders in this game will be in between the pipes. Semyon Varlamov has been one of the leagues best goalies which is evident by his 2.06 GAA, 0.928 SV% and 3 shutouts.

Meanwhile for the Penguins, goaltending has been their achilleas heal as Tryston Jarry has struggled to find the form he has last year. Jarry has a SV% of 0.895 and a GAA of 3.17. The Penguins will also be physically outmatched vs a heavy team like the Islanders. They have struggled in such contests thus far, most recently vs the Capitals. Look for the surging Islanders to keep things rolling.

The Montreal Canadiens expected some positive change when they replaced head coach Claude Julien with new coach Dominique Ducharme. The Canadiens got off to a 2-0 lead and things were looking bright, but it didn’t take long for the Jets to turn things around as they stormed back to complete a 6-3 win. Montreal has now lost four games in a row and six of their last seven. The Jets, on the other hand, have won three in a row and own a 7-3-1 record on home ice. Since head coach Paul Maurice put his three top players together on the top line they have been dynamite. Mark Scheifele has five points in two games, Pierre-Luc Dubois also has five points and Blake Wheeler has six points. The offensive fire power that the Jets bring up front combined with the always reliable elite goaltending from Connor Hellebuyck will be too much for the Canadiens to overcome. Take the Jets.

The St. Louis Blues will look to lean on their large advantage in net to be the difference maker in this one. Jordan Binnington’s 2.49 GAA and 0.914 SV% is far superior to the numbers of his opponent. Martin Jones has struggled all year long which is evident by his 3.85 GAA and .877 SVP. The Sharks also struggle at putting the puck in the net as their 2.53 goals per game rank 25th in the league. It will be particularly difficult for the Sharks to score on Binnington as they are missing Tomas Hertl and Erik Karlsson for this one.  Hertl had been a big contributor to the Sharks offense with six goals and five assists before being placed on the COVID-19 Protocol list.

The Blues have had plenty of success on the road this year winning six of their eight games away from the Enterprise Center. It should be noted that the Blues are 5-1 in their last six road games while the Sharks are 1-5 in the last six home games.

Be sure to check out our full game preview for St. Louis Blues vs. San Jose Sharks.