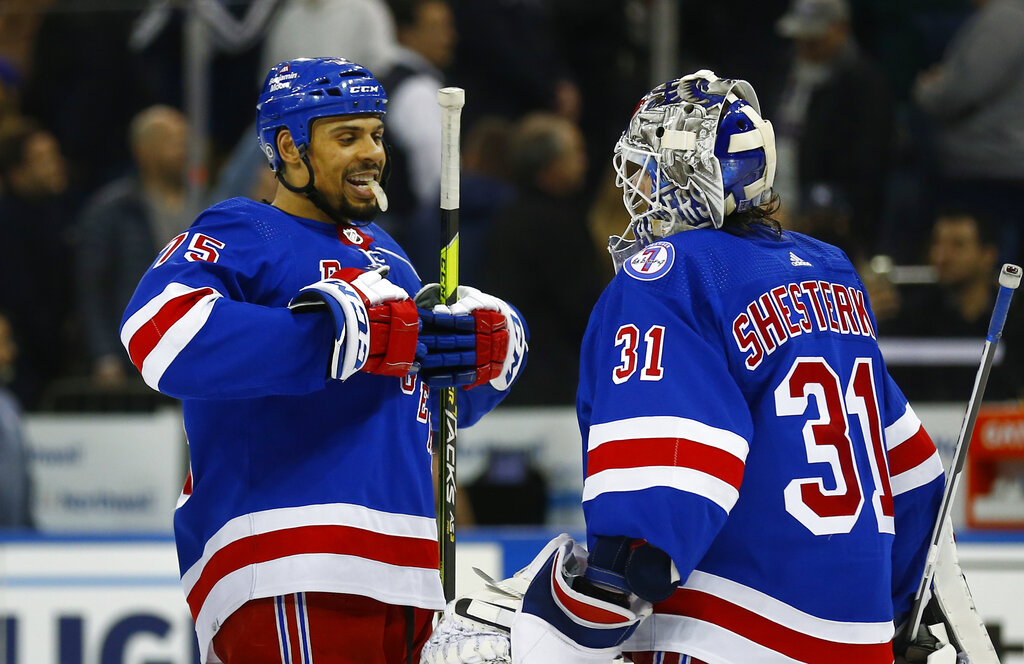 There are 10 games tonight in the NHL. We’re looking to parlay three of the games that will hopefully pay big. This parlay is just under a 13/1 payout for you. But before we dive in, be sure to check out all of our picks and previews for every game tonight.  You can also follow Pickswise on Twitter for plenty of daily betting content.

This parlay is paying out just under 13/1 odds on FanDuel Sportsbook.

This line is surprising. The Pittsburgh Penguins have lost three games in a row, while the New York Rangers have won two in a row. With Igor Shesterkin expected to start in the net for the Rangers, this should result in a win for New York. Shesterkin is posting a 25-5-3 record this season with a 1.98 GAA and .940 SVP. He has easily been the best goaltender this season and should lift the Rangers to another victory. He has only lost in five regulation games all season. At +145, bettors are getting incredible value for this bet. The Rangers have no major injuries to their roster, so this line is a head-scratcher.

The Rangers have the fourth-best powerplay in the league and are allowing the third-fewest goals per game. New York gets it done on both ends of the puck and should extend their winning streak to three games in a row.

Since the head-coaching change, the Montreal Canadiens have looked like a completely different team. They are playing with skill and speed,, but most of all, they’re playing with confidence. They’re currently on a four-game win streak, their largest of the season. These teams haven’t played each other in close to a year, so there is an element of the unknown, however, with the value the Habs provide tonight, along with how well they’ve been playing, this bet should be a no brainer.

Andrew Hammond is expected to get his second start of the season, which could help explain tonight’s line. However, Hammond registered a victory in his first game of the season while just allowing two goals on 32 shots against the New York Islanders. Montreal has some mojo right now, and at +140 on the money line this is a strong play.

The Maple Leafs are coming off of a huge 3-1 victory against the Minnesota Wild, and they will be looking to carry that momentum into tonight’s matchup in Detroit. The Red Wings have allowed 3.5 goals per game over their last 10, which is great news for Toronto. The Leafs have the number one powerplay in the entire league and have been consistently dominated with special teams all season. Additionally, Auston Matthews has eight goals and seven assists in his last 10 games. The Leafs first line has been on fire, expect them to show up big tonight. Another department the Leafs have been dominant in is the faceoff circle. They are leading the league in faceoff percentage, which will help them with time of possession tonight. If they can maintain heavy puck possession, they should be able to handle the Red Wings. In their last meeting, the Leafs won 7-4 in a massive third-period comeback. In what the Leafs would consider being a close call last game, they will be more prepared this game and should get off to an early lead. Take the Leafs on the puck line.