Hockey fans will be spoiled with another busy day in the NHL as 22 teams faceoff on Saturday. Our hockey expert has identified the best bets of the night and included them in a mega parlay. But be sure to also check out our picks for all 11 of Saturday’s NHL matchups here.

The New York Rangers beat the New Jersey Devils 4-0 on Thursday night to take the first two games of their mini four-game series. The Devils have yet to score a goal in the two games as they have been shut out by Igor Shesterkin in both contests. Shesterkin will look to extend his shutout streak even further as he gets the start for the Rangers in this one. The Rangers are most likely going to be the best team in the league to not make the playoffs. However, they certainly haven’t given up hope and are 6-2-2 in their last ten games. Since Artemi Panarin returned from injury the Rangers have been a very dangerous team. Panarin has picked up six points in his last four games, while Mika Zibanehad has four points over that stretch. It is the play from Adam Fox that has Rangers fans excited about the future. Fox has three points in these two games against the Devils and is a +5. New Jersey does not have much to play for at this point and will be overwhelmed vs a confident Rangers team that is charging for that last playoff spot. The Rangers won’t let these easy two points slip away, take them to win this game by more than a goal.

Be sure to check out our full game preview for New York Rangers vs. New Jersey Devils.

The Detroit Red Wings skated to a 4-1 victory on Thursday thanks to the game winning goal by newly acquired Jakub Vrana. Vrana scored a breakaway goal in his debut midway through the second period and the Blackhawks had little pushback after that. Detroit is playing its best hockey of the year and have now won three straight game for the first time this season. One of the bright spots for Detroit is their strong penalty kill which went a perfect 3/3 on Thursday night. Since March 26th the Red Wings have killed off 93.5% of their penalties, giving up just two goals in their last 31 opportunities. This presents a problem for the Blackhawks who rely heavily on their top ranked powerplay for offense. The Blackhawks have won just four of their past 10 games and have fallen four points behind the Predators for the final playoff spot in the Central Division. Look for the Wings to dominate again in the faceoff circle as the Blackhawks are the league’s third-worst team in that category. In Thursday’s game the Wings won 62% of the faceoffs. The Red Wings have played much better on home ice while the Blackhawks have really struggled on the road.

Be sure to check out our full game preview for Detroit Red Wings vs. Chicago Blackhawks. 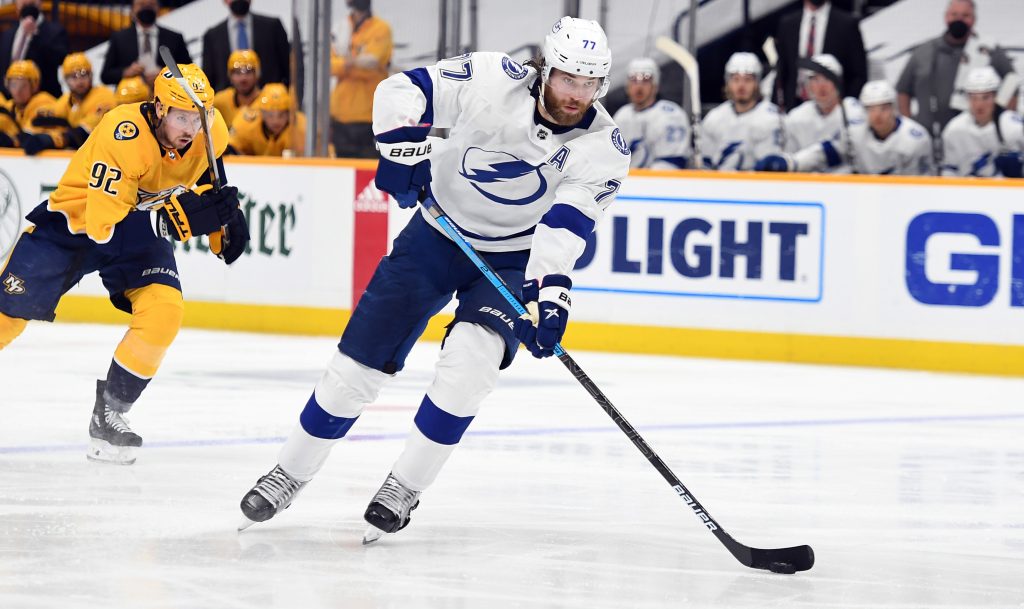 The Tampa Bay Lightning didn’t play their best game on Thursday night, but their two best players stepped up big and stole the win from the Florida Panthers in overtime. Victor Hedman scored the winner on a breakaway to give the Lightning the 3-2 victory while Andrei Vasilevskiy made 36 saves in the win. Vasilevskiy is a ridiculous 14-0-0 on home ice this season, allowing just 21 goals on the year for a stellar 1.50 GAA and .946 SV%. The strong goaltending from Vasilevskiy is a big reason why the Lightning have a +36-goal differential which is the third-best in the league. The Panthers have a respectable +18 goal differential but are certainly a step behind the Lightning. The Panthers have always struggled against the Lightning and are just 3-12 in their last fifteen games. Look for Vasilevskiy and the Lightning to remain hot on home ice and continue their dominance vs their in-state rivals.