The last action-packed slate of the season is upon us as 28 teams will face off on Saturday. Our hockey expert has identified the best bets of the day and included them in a three-team mega parlay. However, be sure to check out our picks for all 14 of Saturday’s NHL matchups here as well.

The Boston Bruins and the New York Rangers are going in to completely oppositive directions and this was evident in the Bruins dominant 4-0 victory on Thursday night. The Bruins controlled the game for the full sixty minutes as they showed they are still competing at a high level with hopes of getting home ice in the playoffs. While the Bruins are getting players back into their lineup the Rangers have run into a string of injuries, most notably to Artemi Panarin.

While the new additions of Taylor Hall, Mike Reilly and Curtis Lazar have provided a noticeable boost to the Bruins offense, they have also been successful at limiting teams scoring chances. In their last ten games the Bruins have allowed more than two goals against only twice. Boston has points in their last six games and have won five of those games by more than a goal. Expect another dominant effort from Boston and take them -1.5 goals for some extra value. 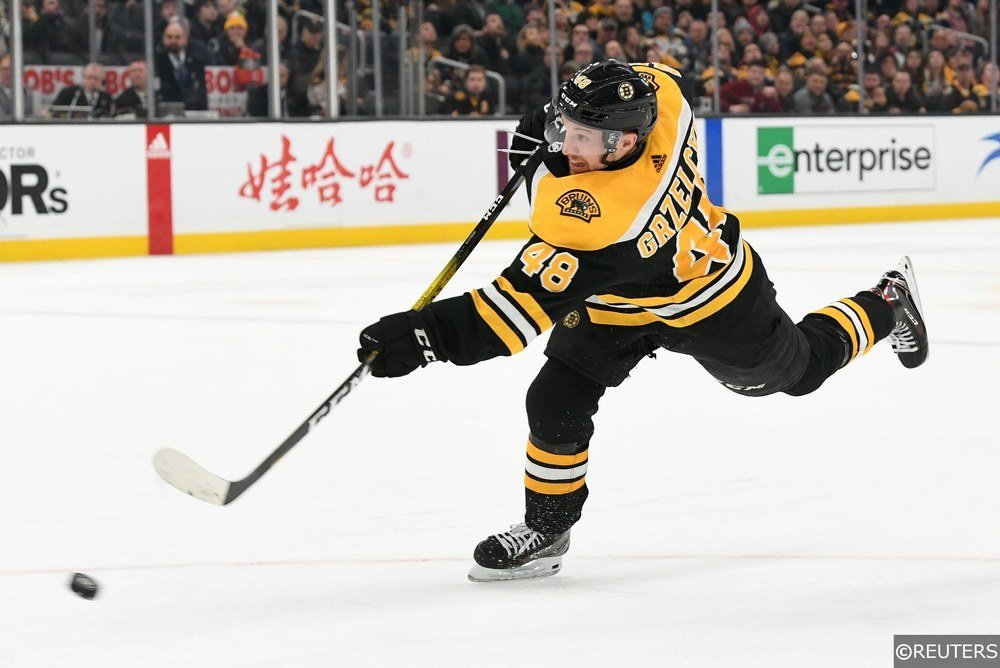 The Toronto Maple Leafs can lock up the top seed in the North Division with a single point on Saturday night. The Leafs are coming off a dominant 5-2 win vs the Canadiens on Thursday that saw the Leafs get out to a quick goal lead. Toronto is playing some of their best hockey of the year as they are now 6-0-1 in their last seven games. They have also fared well against Montreal this year, winning six of the nine head-to-head matchups. Auston Matthews continues his incredible run and has now scored 40 goals on the year, including a goal in five straight games.

Jack Campbell will continue to be the starter for the Leafs and he is 16-2-2 on the year with a 2.11 GAA and .924 save percentage. Montreal has averaged just two goals scored in their nine games vs the Leafs this season. Take the Leafs to win this game by more than a goal as they make a statement with a big win ahead of what will very likely be a first-round playoff matchup.

The New Jersey Devils are coming off a big win on Thursday night as they were able up to upset their rival Islanders by a score of 2-1. Saturday presents us with another great opportunity to take the underdog Devils as the Islanders have very little to play for.

It is very likely that the Islanders will finish in fourth place in the East Division regardless of their results and their play of late has shown us that they may also feel this is inevitable. The Islanders have six of their last eight games, including a current three-game losing streak. You have to be concerned about their level of motivation for this game and the potential that they rest key players. The Devils are playing a loose game with a nothing to lose attitude and could easily pull out an upset once again.

Be sure to check out our full game preview for New York Islanders vs. New Jersey Devils.

We have only a one-game slate for Tuesday’s NHL, so we will be looking to…
View Article

We’ve put together a four-pick cross-sport parlay that will take you right through Tuesday, including…
View Article