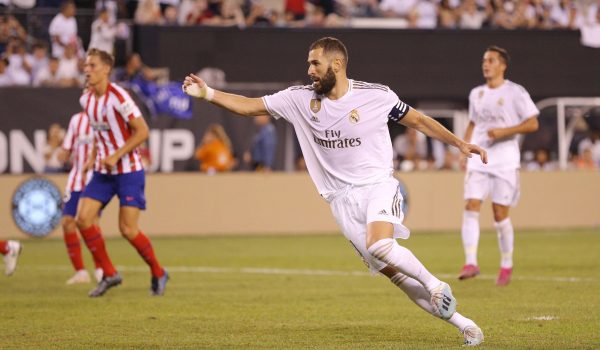 On Wednesday, June 24, we have a star-studded soccer slate that features the likes of Manchester United, Liverpool, and Real Madrid all taking the pitch. The full-day slate of eight soccer games across the Premier League and La Liga will definitely be worth the watch on Wednesday. With the best soccer slate so far this week, take the opportunity to also check out our three-team parlay that pays out +459. Now let’s dive into the three soccer best bets for Wednesday, June 24.

Wolves have not conceded in any of their last three home Premier League games and another shutout is on the cards against Bournemouth. Fresh from an impressive 2-0 win at West Ham on Saturday, Wolves can heap more pain on another relegation-threatened team, Bournemouth, on Wednesday. The win in east London means a top-four place is still a possibility for Wolves as they are just five points adrift of Chelsea after Sunday’s games, while they’re level on points with fifth-placed Manchester United. Wolves were water-tight at the back before lockdown, keeping three consecutive Molineux clean sheets, and won 2-1 at the Vitality Stadium back in November. This should be more comfortable and a home win to nil appeals Pick: Wolverhampton to win to nil

It did not take long for Real Madrid to settle in after the resumption of the league as Madrid is winning left and right heading into Wednesday. They have won all three of their matches since the restart against Eibar, Valencia and Real Sociedad, with their latest victory putting them top of the standings, ahead of Barcelona as a result of their superior head-to-head record. The visitors are in the bottom three with eight matches remaining and although Takefusa Kubo and Ante Budimir have excelled this season, their lack of ruthlessness in the final third was magnified in their latest league clash. They have drawn blanks in three of those matches against high flying Getafe, Barcelona, and Villarreal outfits and they may not find a way through another sturdy rearguard, enhancing appeal about a Real Madrid win to nil match prediction. Pick: Real Madrid to win to nil

Both Alaves and Osasuna have claimed nearly zero points since the resumption of the league as Alaves lost two of their three matches and Osasuna with one point to their name. Neither side has the incentive to throw everything at this game and with the resumption still in its infancy, the chances are the tempo of the game could be rather slow. WithtThese sides drawing a combined 19 league matches this term, under 2.5 goals the best match prediction at the Mendizorroza. Pick: Under 2.5 Total Goals

In addition to our best bets, be sure to check out all of our Soccer expert predictions. Odds correct as of Tuesday via DraftKings Sportsbook. Get a sign-up bonus up to $1,000 when you use this link to create a new account or see more offers and sportsbook reviews for the best online sportsbooks.