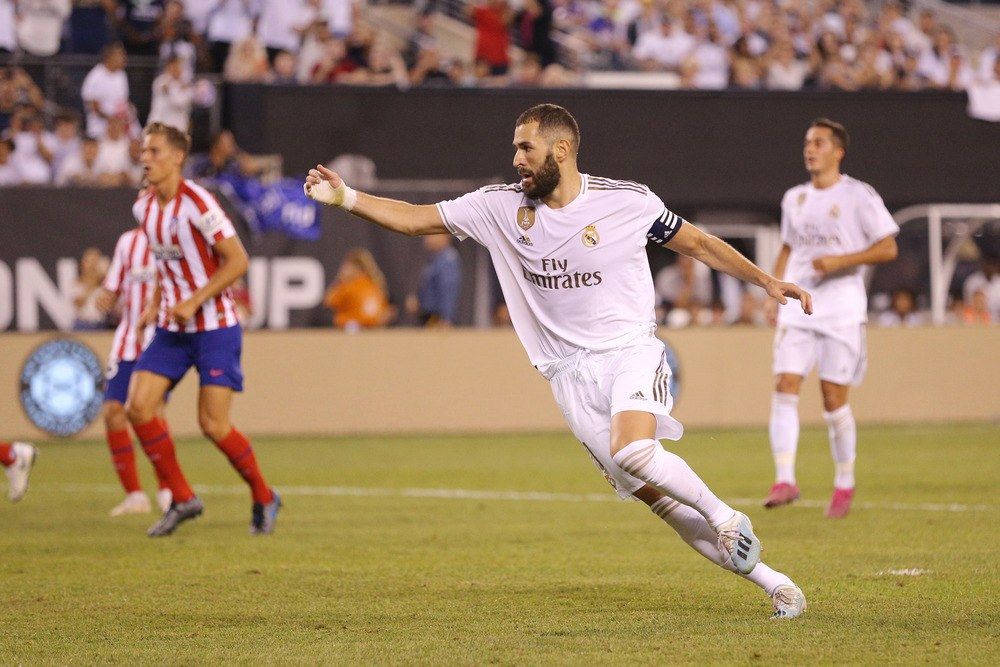 Co-founder of Pickswise. A fan of all sports with a passion for the NFL and Premier League soccer. An avid sports bettor who loves fading the public, taking ugly dogs, and the under. Go Pack Go!
@jakethepunter
Published: 17:18 PM ET July 04, 2020

Pickswise experts select their best soccer picks from elite European soccer leagues to help cash more tickets. Whether you’re looking for a single Moneyline pick or a soccer parlay for the Sunday’s action, we’ve got you covered. Please gamble responsibly when following our soccer picks and predictions.

Sunday’s elite soccer action features some exciting match-ups in the EPL, Italy’s Serie A and La Liga in Spain.  Let’s dive into the best bets for Sunday, July 5th.

Three Moneyline favorites and a total looks the best way to turn a profit with two matches in Italy, one match in Spain and one in England providing the plays of the day. A parlay pays +463 for those looking for bigger returns.

Real Madrid are bidding to extend the six-match winning streak that has taken them four points clear of EL Clasico rivals Barcelona in the battle for the Spanish championship.

Zinedine Zidane’s team have conceded only 21 goals in 33 league matches this season, shutting out four of their last five opponents, and another low-scoring contest looks likely at Athletic Bilbao.

Real have won their last two games 1-0 and 11 of Athletic’s 12 matches against teams above them in the standings have featured under 2.5 goals so that looks a lock on Sunday.

Inter Milan routed Brescia 6-0 on Wednesday and the Nerazzurri should follow up with another home win against mid-table Bologna.

Leading scorer Romelu Lukaku was only a substitute in that game and Inter have the quality to punish a Bologna team who have won just one of their last six matches.

Manchester City thrashed new Premier League champions Liverpool 4-0 on Thursday and their slick offensive football should be too much for Southampton on Sunday.

Southampton made some rookie defensive errors in their 2-0 home loss to Arsenal last weekend and they have lost ten of their 16 EPL matches at St Mary’s this season.

Atalanta’s great run of form continued with a 2-0 victory over Napoli on Thursday and they should have no problem disposing of Cagliari this weekend.

The Napoli result made it seven straight wins for the boys from Bergamo and they are by far the highest scorers in Italy this season, smashing in 82 goals in just 29 games.

Cagliari, who have won only two of their last 15 matches, have the worst defensive record in the top half of the standings and they may find Atalanta’s confident offense too hot to handle.

For more elite soccer picks and predictions from leagues including the Premier League, Serie A, La Liga and the Champions League, visit our free soccer predictions page.