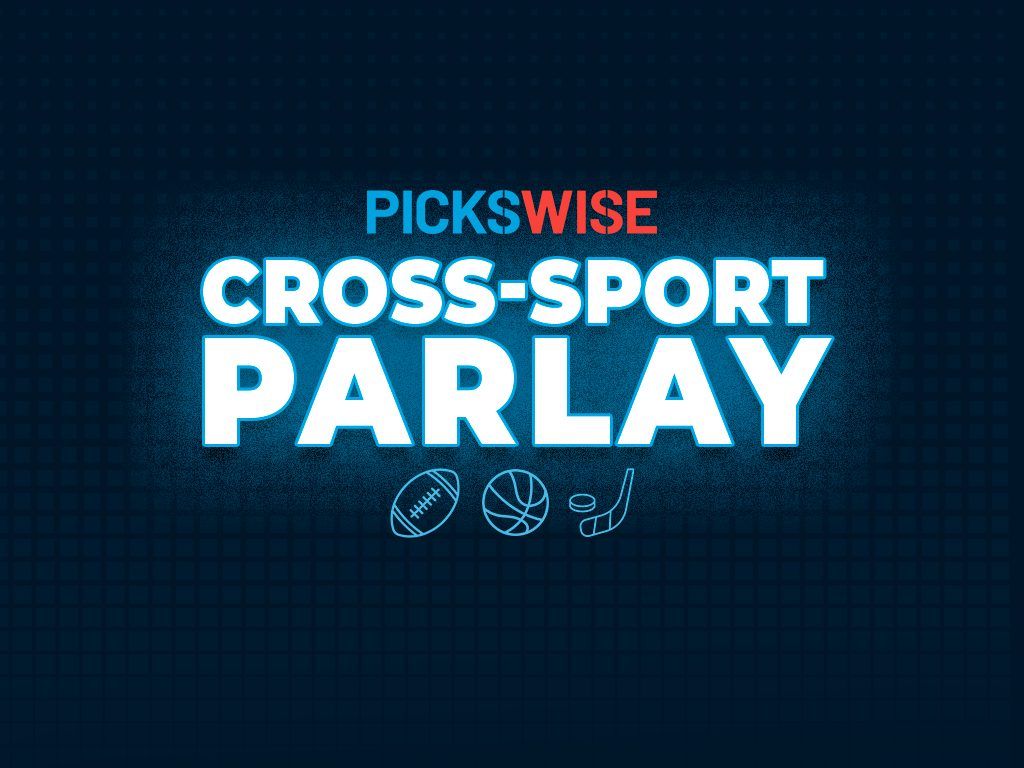 Matthew has been with Pickswise for a while now, covering a wide variety of sports. His main passions are college football and UFC, and those are the sports he has covered the most. Matthew uses a variety of methods to handicap games, including stats, trends, injuries, and situational factors. His goal is to consistently give out winners and will put in the research to try and achieve this.
@Sixfigurematt
Published: 9:31 AM ET November 27, 2022

We have put together a 4-pick cross-sport parlay that will take you right through Sunday, including picks from the NBA, NHL, NFL, and college basketball. One pick is taken from each sport and a winning ticket would give us a very nice payout with odds of +1017 at DraftKings Sportsbook.

This should be a fun game involving two KenPom top-25 teams. Both teams have top 20 offenses in KenPom’s adjusted offensive efficiency, but Alabama ranks 19th in defensive efficiency, whereas North Carolina ranks 50th. More specifically, Alabama’s transition defense could be the difference in this game. Per Synergy, Alabama ranks in the 82nd percentile in transition defense, while North Carolina ranks in just the 31st percentile. Given that both teams like to play fast on offense, Alabama’s defense should give them the edge.

This game is likely to stay close and could actually turn into a bit of a track meet. Should it come down to that, we are going to have to side with the quarterback who has been more consistent from game to game and that’s more Geno Smith than Derek Carr. While the Seahawks are just 1-1 against the spread as favorites, they are 3-1 against the spread at home this season and should be able to clamp down on the Raiders offense enough to escape with the win and the cover.

The Jets head into Chicago on Sunday looking to remain in the mix for the top spot in the Central Division. They posted an incredibly impressive road win over the Dallas Stars on Friday night. Along with the Colorado Avalanche, the Jets have put themselves in the conversation for who will make it to the postseason out of the Central.

Meanwhile, Chicago’s home loss to the Montreal Canadiens was not only an embarrassing one, but it also marked their 6th defeat in a row. Chicago is allowing the 9th-most goals per game, which is vastly different from the way Jets goaltender Connor Hellebuyck has been performing. He and the Jets defense are allowing the 6th-fewest goals per game. That’s bad news for a Blackhawks team that relies almost entirely on Patrick Kane to carry them. With that in mind, expect the Jets to continue flying high atop the Central Division this evening.

Milwaukee is a well-oiled machine. Even without their second-best player Khris Middleton, they are 2nd in the East and have just beaten the Cleveland Cavaliers by 15 points at home. Giannis Antetokounmpo is playing at a high level, while Jrue Holiday is slowly coming back to form following a week-long layoff due to injury. This team ranks 7th with a +8.6 Net Rating in home games this year and they’ve beaten 5 of their last 6 Western Conference opponents. All the stats are pointing to a convincing Bucks win. I just have no faith in the Mavs on the road, so until they can sort out their issues, backing the Bucks will be the play.