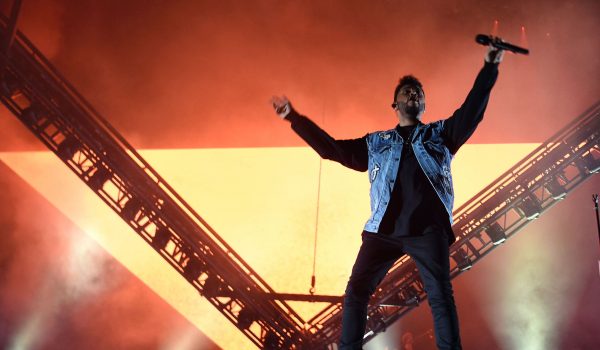 We’ve been treated to some truly unforgettable halftime shows over the years, and this time it’s The Weeknd’s turn to shine in the middle of the biggest sporting event of the year. Make sure you check out our betting preview of this year’s Super Bowl Halftime Show, which includes the current odds, as well as betting results and trends over the years to ensure you’re as informed as possible when making your picks. Be sure you check out our full-game preview for the Chiefs vs. Buccaneers matchup itself as well.

But that’s all in the future, and for now it’s all about looking to the past. Here is a breakdown of the five most memorable Super Bowl Halftime Shows ever:

All 54 Super Bowls (or LIV for real numeral enthusiasts) have had a halftime show — the mid-game entertainment for Super Bowl I in 1967 was provided by the University of Arizona Symphonic Marching Band — but the show took off as an event in itself after Michael Jackson took centre stage in 1993.

Jackson changed the game with a performance that began with the illusion of him jumping from inside the big screens at the Rose Bowl in Pasadena to on top of them, before he burst through the floor of the main stage.

After standing still for two minutes while the crowd went wild, Jackson’s set included classic hits Billie Jean and Black or White, and the set went down a storm at the time.

Viewing figures of 133.4 million made TV executives sit up and take notice and NFL chiefs set out to attract the biggest stars for future halftime shows.

The most controversial half-time show came at the Reliant Stadium in Houston, at the end of an ensemble show headed by Janet Jackson and Justin Timberlake but also featuring P. Diddy, Nelly, Kid Rock, and Jessica Simpson.

Towards the end of the former NSYNC star’s solo hit Rock Your Body, Timberlake’s attempted “costume reveal” that was meant to see him pull away Jackson’s rubber bustier top to show a red lace bra, instead led to one of her breasts being briefly exposed.

Timberlake apologized for what he termed the “wardrobe malfunction”, coining a phrase that would end up in common usage. Organizers opted to steer clear of any potential controversy in the following two years, booking veteran icons Paul McCartney and the Rolling Stones.

Katy Perry put on a blockbusting performance in the middle of the gripping New England vs. Seattle Super Bowl in 2015, blasting through thumping anthems such as Roar, I Kissed A Girl, and Firework — but she was still upstaged by one of her backing dancers.

In a colorful beach-themed section, Perry was accompanied by two dancers in shark costumes and the worldwide audience soon became absorbed by the performance of the one on the left of the screen (quickly, and understandably, dubbed Left Shark), whose movements seemed badly out of sync with those of his partner and the star of the show.

The 2002 Super Bowl half-time show had to be pitched just right only four months after the events of September 11, 2001, and Irish rockers U2 did a fantastic job.

Their show in the Louisiana Superdome opened with the hit Beautiful Day and went via one of their early songs MLK before ending with a poignant performance of Where The Streets Have No Name, with the band in front of a backdrop listing the names of those who were lost in the tragedy.

The most game-changing, most notorious, most viral, and most poignant shows have been listed above but the most memorable as a pure musical experience has to be the show by Prince in Miami in 2007.

With showmanship off the scale, the purple perfectionist ripped through Let’s Go Crazy and 1999 and finished with Purple Rain – in the pouring rain.

Madonna, the Black Eyed Peas, Beyonce, Lady Gaga, Shakira, and Jennifer Lopez have all gone down a storm in recent years but none has quite topped the man from Minneapolis.

NFL 5 days ago
With Aaron Rodgers officially holding out, is it time to Love or hate Packers on the betting market?