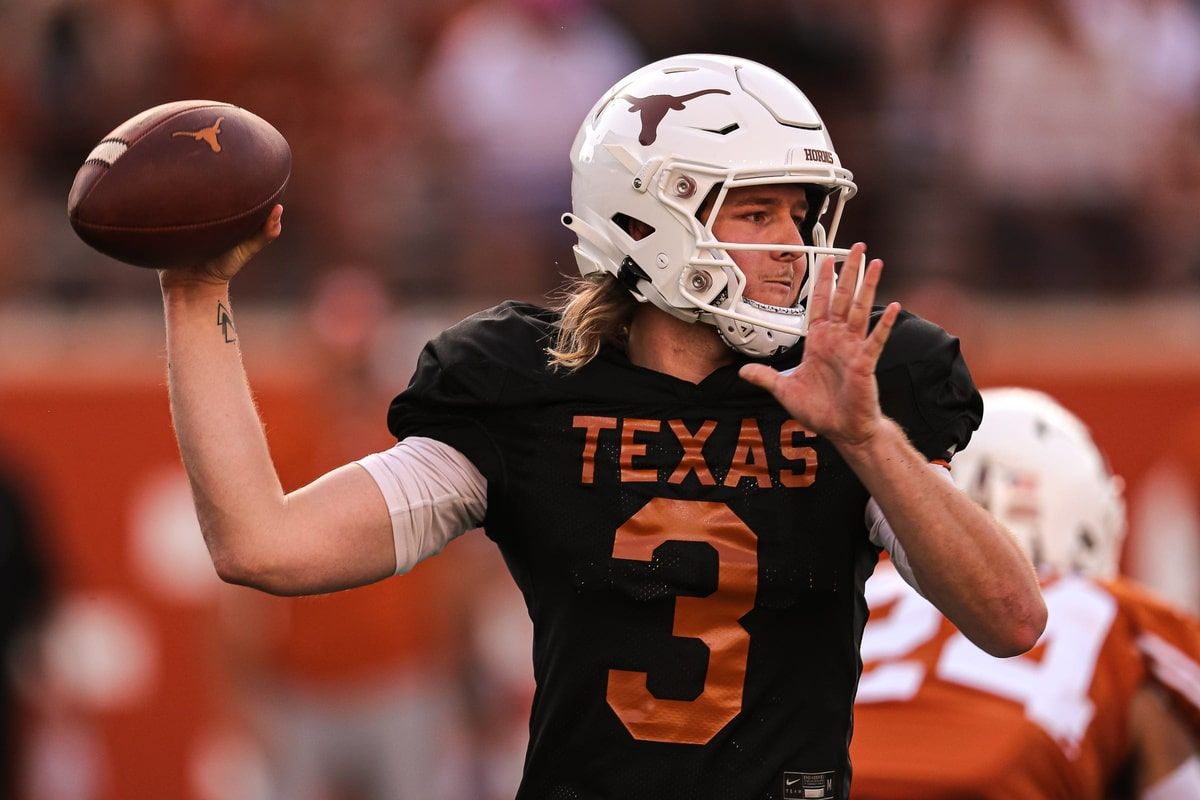 There seems to be a lot of preseason hype around the Texas Longhorns every year. This season is no different in that aspect, as the Longhorns are one of just four teams to receive a first place vote in the 2022 USA Today Sports Coaches Poll this week.

Is Texas finally back? With the 2022 college football season kicking off later this month, it is time to break down if the Longhorns can live up to the hype this season.

The 2021 season started very well for the Longhorns. They cruised to a 4-1 record through the first 5 weeks of the season, including a 70-point performance against Texas Tech in Week 4. Unfortunately for the Longhorns, reality then set in. Texas proceeded to lose 6 straight games before narrowly beating Kansas State in the final week of the season to finish 5-7.

For the most part, the offense was more reliable than the defense, as the Longhorns ranked in the top 20 in points per game and were led by running back Bijan Robinson – who accumulated 1,422 total yards and 15 touchdowns. Defensively, the Longhorns allowed 31.1 points per game, which ranked 93rd out of 130 FBS teams and held just 2 conference opponents to less than 30 points. They lacked the ability to get stops and protect second half leads, as they ranked 108th in opponent second half points per game.

Coach Steve Sarkisian was busy this offseason. Texas landed former Ohio State quarterback Quinn Ewers in the transfer portal to go along with a top 5 recruiting class headlined by 2 five-star offensive line recruits in Devon Campbell and Kelvin Banks. There will likely be a bit of an adjustment period for the 19-year-old quarterback, but he will have reliable pieces around him in Robinson and sophomore wide receiver Xavier Worthy, who accumulated 981 yards and 12 touchdowns on 62 receptions last season.

There is returning talent on the defensive side of the ball as well, as Texas returns 4 of its 6 leading tacklers from last year. Continuity and a year of experience together should help the Longhorn defense improve in Sarkisian’s second season. However, it is going to take some time to build back to an elite level. The Longhorns host Alabama in Week 2, before hosting one of the better Group of 5 teams in UTSA in Week 3. Conference road games at Texas Tech, Oklahoma, Kansas State, and Oklahoma State will not be easy; nor will hosting Baylor in the final week of the season.

There is too much uncertainty surrounding the Longhorns to bet on them to improve by 4 wins. While Robinson and Worthy offer stability on the offensive side of the ball, Ewers will likely need time to adjust to the college game. That could be a problem if the Texas offense is called upon to mask the deficiencies of the defense in order to win games. The defense may improve, but it is tough to see this unit improving enough to get the Longhorns to 9 wins.