The betting implications of Tom Brady signing with the Buccaneers 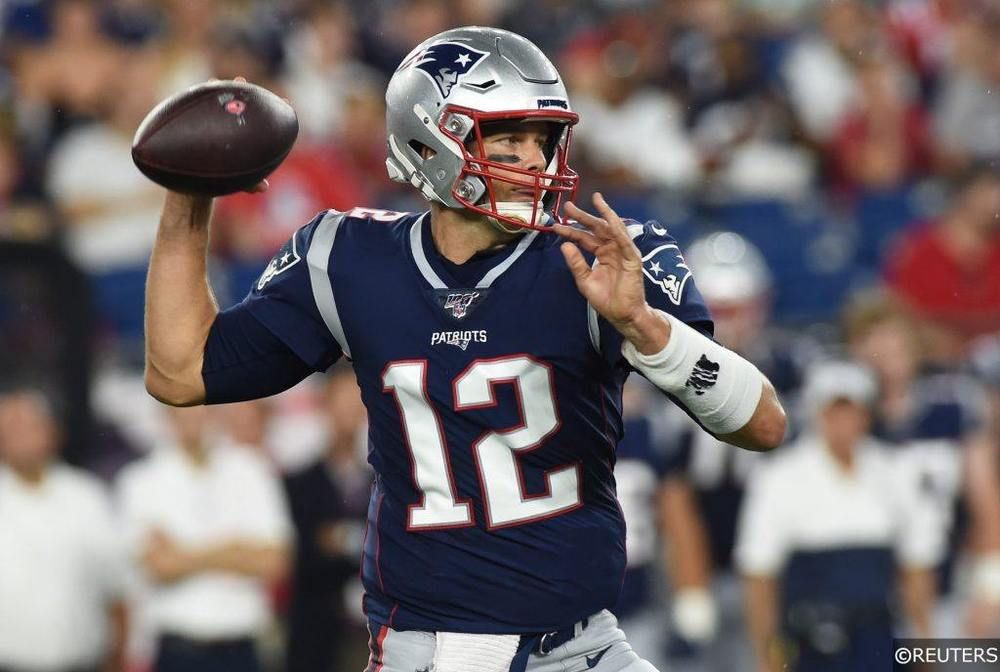 The Tampa Bay Buccaneers pulled off the biggest stunner of the offseason, as they landed the biggest free agent prize of them all in quarterback Tom Brady. Brady didn’t have his finest season last year, but it goes without saying that he is a massive upgrade over Jameis Winston.

Brady still has something left in the tank physically at the spry age of 42, and Bruce Arians should get the best out of him. But of course, the first question on all of our minds is how this is going to impact the betting market. The markets often responds to buzz and hype, so you can expect Tampa to open with a fairly high win total and with relatively low odds to win the Super Bowl.

The most interesting thing to monitor will be what the NFC South odds look like. Carolina appears set to enter something of a rebuild, while the Falcons, Saints, and Bucs all are going all-in on 2020. New Orleans has dominated the division the past couple of years, but there are plenty of reasons to believe that will no longer be the case this upcoming season.

Brady wasn’t his best in 2019, but he was playing with a ragtag receiving corp and quite possibly the worst supporting cast of his entire career. An aging Julian Edelman and a bunch of unproven young guys simply weren’t cutting it. Now playing in the warm weather of Tampa Bay, weapons won’t be an issue. The Buccaneers have arguably the best receiving duo in the league in Mike Evans and Chris Godwin, and it’s fair to say that Brady will have more at his disposal than Drew Brees will with the Saints.

On paper, there are plenty of reasons to believe that Tampa is now the favorite in the division. I’m going to be making a play on them because I expect some regression from the Saints, and it’s scary to think about what this Bucs offense will look like without Winston tossing 30 interceptions.

But what about the Super Bowl you might ask. Can Brady really win a seventh championship with the Buccaneers? It’s certainly possible given the wonderful situation he’s walking into. Not only does he have a brilliant offensive mind as his coach and two of the league’s better receivers, but the Buccaneers also have a sneakily talented defense that quietly started playing a lot better towards the end of last season. It’s a young unit that should take another step forward in 2020 under heralded defensive coordinator Todd Bowles.

This situation has obvious parallels to the one that Arians created in Arizona handful of years ago. He took an aging Carson Palmer who many considered to be over the hill, and completely reinvented his career. Palmer even became an All-Pro, and the Cardinals made it to the NFC Championship Game in 2015. Palmer is no Brady, so it’s certainly fair to say that the sky is the limit here. If running back Ronald Jones can deliver on the flashes he showed last season and help Tampa establish a consistent running game for the first time in a while, then there will be far worse bets than the Buccaneers to win the Super Bowl.