The Big Ten is back! - Opening week preview and predictions 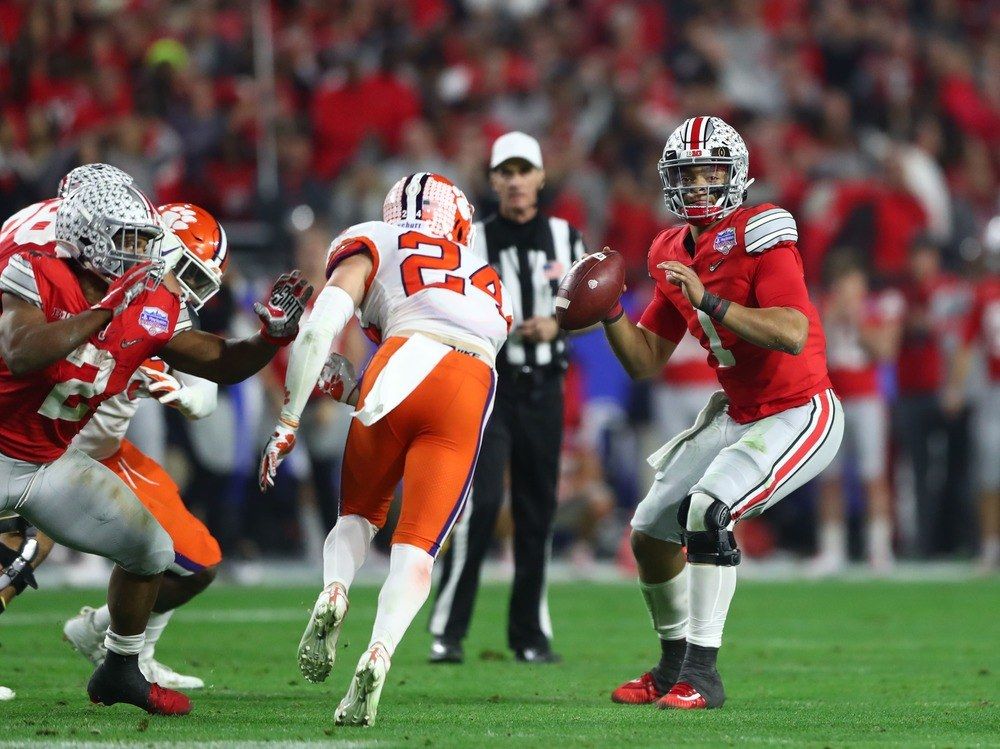 To play or not to play? That was the question this summer for all of college football, but especially for the Big Ten. For a while it looked like the conference would be on the outs, watching from the couch while the other Power 5 programs took their talents to the field. But the situation would soon take a turn, and now Justin Fields and company are ready to join the party.

Yes, the Big Ten is officially back this week. So let’s dive into its opening lineup and discuss some of the best bets to make.

Michigan comes in as the 18th-ranked team in the nation, just three spots ahead of Minnesota. The Wolverines went a disappointing 9-4 last year, culminating in a blowout loss to Alabama in the Citrus Bowl. It was a better season for the Golden Gophers, who started 9-0 before finishing 11-2 with a win over Auburn in the Outback Bowl. Quarterback Tanner Morgan and receiver Rashod Bateman are both back for Minnesota, so Michigan’s defense is going to have its hands full. Getting the Gophers at +130 on the money line looks like very good value.

When you have the fifth-ranked team in the land playing at home against an opponent that went 5-7 the previous year, what you get is a -26 spread. Those are never fun to deal with, so a better play could be on the under in this matchup. Ohio State gave up only seven points to Nebraska in 2019, and the 55 total points scored are well under this game’s 68 number. Although Fields will likely have his way with the Cornhuskers’ defense, he may be out of the game by the start of the second half. Expect another dominant performance by the Buckeyes’ defense.

Penn State joins Ohio State in the top 10, currently ranked eighth. The Nittany Lions began last season 8-0 but struggled down the stretch when the schedule got tougher, losing to Minnesota and Ohio State. Their opening game in 2020 won’t be easy, because Indiana went 8-5 last year and compiled a winning record in the Big Ten (5-4). Penn State is without running back Journey Brown, who is dealing with an undisclosed injury. The last two meetings between these teams were decided by seven points or fewer and another competitive contest could be in the cards. Go with the Hoosiers and the six points.

The Fighting Illini are also getting a lot of points (19 to be exact) with a road test against 14th-ranked Wisconsin first up on their 2020 schedule. Head coach Lovie Smith finally has a veteran roster on his hands in the form of 25 seniors, many with valuable starting experience—especially on the offensive line. The Badgers, meanwhile, lost four of their last eight games in 2019. Although they also return a lot, running back Jonathan Taylor left for the NFL. This is another instance in which the underdog and the points are the smart choices.

Check out the start times and television designations for Week 2 of Big Ten football. pic.twitter.com/uxMaZ6FXdG

It has to be said that some of the Big Ten lineup is dreadful. Of course, every conference has to endure at least one or two bad matchups every weekend. The worst of the worst pits the Northwestern Wildcats against the visiting Maryland Terrapins. But it may not be the worst game to bet on, because Maryland is getting 11 points. That should be enough to cover at the expense of a Northwestern squad that went 3-9 in 2019.