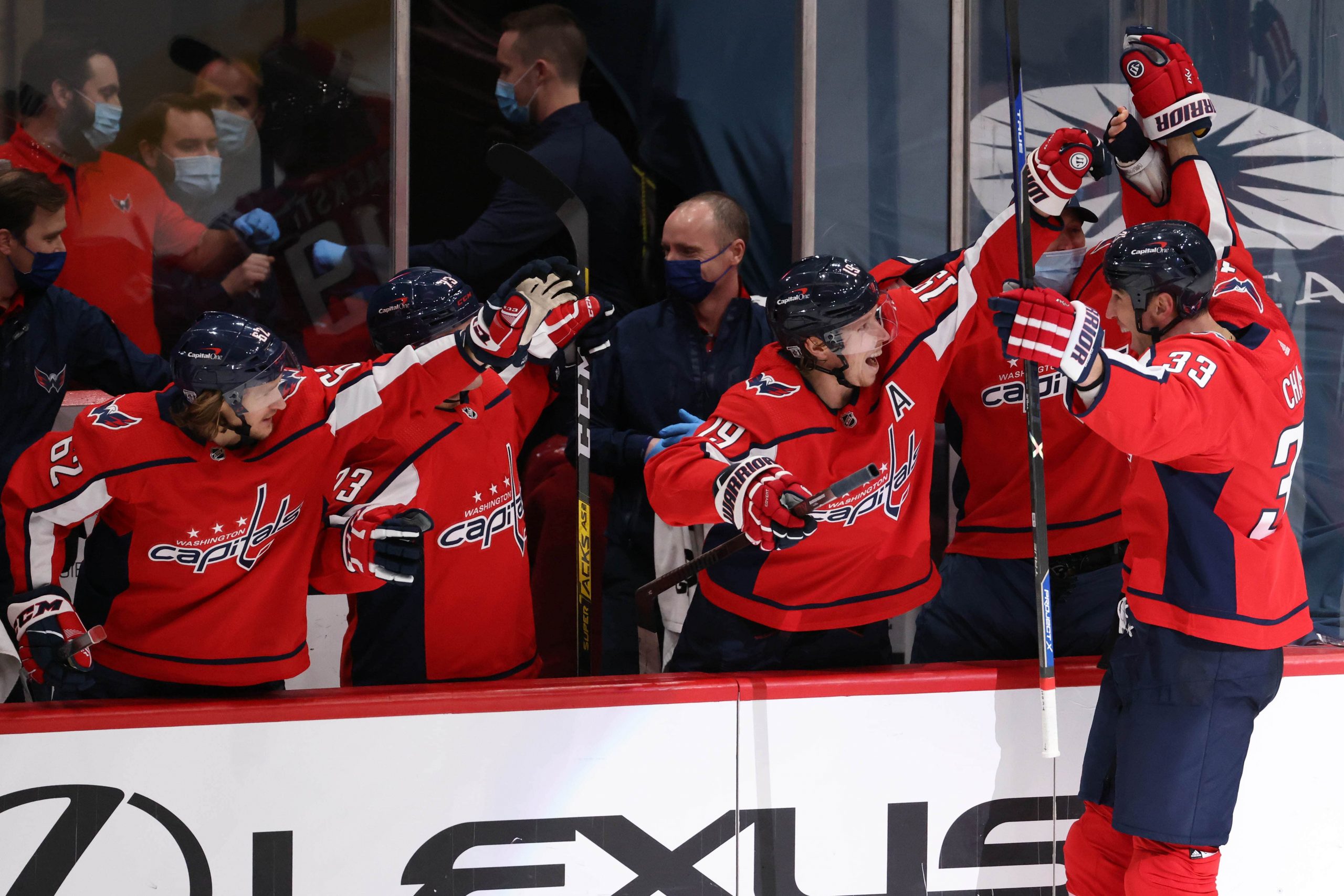 Thursday is a full night of hockey in the NHL, with nine games on the docket. Among those is a matchup between the Buffalo Sabres and Washington Capitals who are in a tight battle in the East Division.

What better way to enjoy this hefty slate than with a parlay that has a juicy payout? We’ve got a tidy four-teamer here for you today that comes in at more than 14/1 if it hits. Make sure you also check out our picks on the side and total for all of tonight’s matchups so you’re as informed as possible before making your bets.

For this play, we’ve got a mix of two favorites on the puck line and two outright winners. Let’s break each of them down.

The Washington Capitals are coming off of a much-needed win over the Penguins on Wednesday night to put them back in a playoff spot in the East Division. They outshot Pittsburgh 42-27 in the matchup as they went on to win 3-1. Next, they take on the Buffalo Sabres who are on a three-game losing streak and are in last place in the division. Rookie goaltender Vitek Vanecek is coming off of one of his best performances of his young career, holding the Penguins to only one goal. The Sabres are coming off of a series where they were outscored by a combined 6-1. Jack Eichel, Taylor Hall, and Jeff Skinner have scored a combined three goals this season and look totally lifeless on offense for Buffalo. The Capitals are trending up and should have no problem with the Sabres in this one.

Be sure to also check out our full-game preview for Buffalo Sabres vs. Washington Capitals.

The Blue Jackets look like a reenergized team after their newest additions of Patrik Laine and Jack Roslovic. Since these two joined the team, the Jackets are scoring 3.11 goals per game–11th best in that stretch–and the team’s powerplay has improved from five percent (the second worst in the league) to 26 percent over their last seven games (15.6 percent overall for the season). The Predators are 1-5-0 on the road and have only won two of their last eight games. They have the third-worst goals per game mark, only scoring 2.33, while having the sixth-worst goals against per game at 3.47. Additionally, the Predators are taking the fourth-most penalties and their penalty kill is operating at 67.8 percent, second worst in the league. Take the Blue Jackets on their home ice.

The St. Louis Blues know they are a Stanley Cup-contending team and are starting to find their groove in this short season. The Blues can get scoring from their top three lines and it shows with David Perron leading the team in scoring and having four points in his last four games. Brayden Schenn and Mike Hoffman are starting to find some chemistry on the second line, as Schenn leads the team in goals with seven and Hoffman has three points in his last three games. San Jose will start Martin Jones, who is near the bottom in all goaltending categories with a 3.75 goals-against average and .873 save percentage. Evander Kane only has one goal in his last five games and Brent Burns has just one point in his last five. Take the Blues -1.5.

Be sure to also check out our full-game preview for San Jose Sharks vs. St. Louis Blues.

The Arizona Coyotes are coming off a seven-game series against the St. Louis Blues, where they won four of them. The Kings have an awful 2-4-0 away record this season, so playing in Arizona should prove to be difficult for them. Darcy Kuemper has been very impressive for Arizona this season, posting a 2.26 GAA and .919 SVP in 12 games. In 15 games this season, Arizona currently has five players with 10 or more points. On the Kings side, in 14 games they only have three players with 10 or more points. In their last 10 games, the Coyotes are only giving up 2.2 goals per game with a .924 SVP and the Kings are giving up 2.8 goals per game with a .915 SVP. Take the Coyotes to win this one.

Be sure to also check out our full-game preview for Los Angeles Kings vs. Arizona Coyotes.