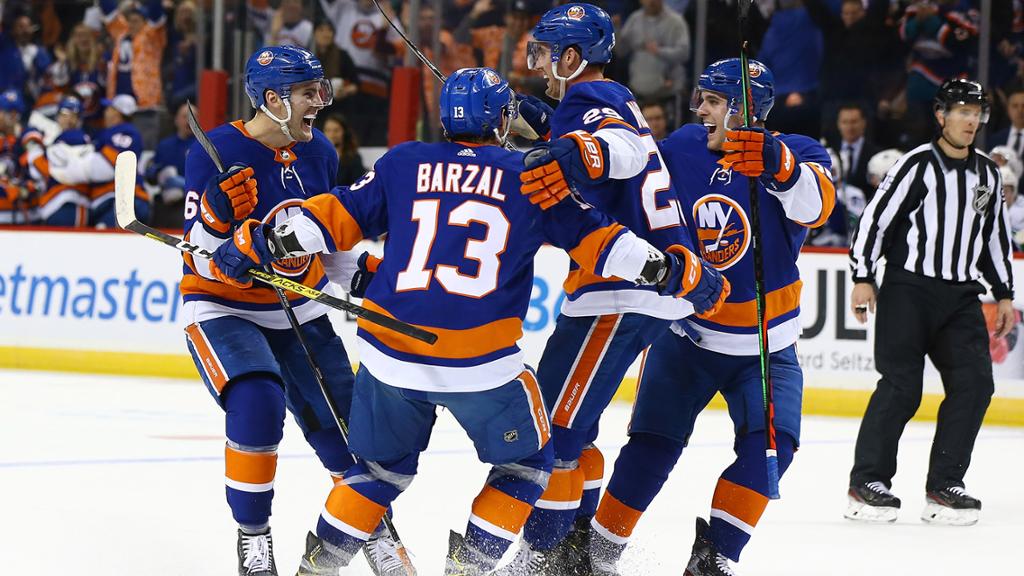 There are seven games this evening in the NHL. We’re looking to parlay three of the games that will hopefully pay big. This parlay is just over an 15/1 payout for you. But before we dive in, be sure to check out all of our picks and previews for every game tonight.  You can also follow Pickswise on Twitter for plenty of daily betting content.

Carolina Hurricanes -1.5 over the Montreal Canadiens (-141)

Be sure to check out our full game preview for the Montreal Canadiens vs. Carolina Hurricanes.

It is no secret the New York Islanders are not off to a great start to this season. The recent pause in play due to Covid-19 concerns should be a benefit to the Islanders and allow them to reset. Goals have been hard to come by for the Islanders, but they are facing a less than average defensive team in the Buffalo Sabres. They are allowing an average of 3.43 goals against per game. The Islanders will be catching the Sabres on the second half of a back-to-back and therefore will have the rest advantage. The Islanders arena is very tough to play in. I expect the Islanders to put on a defensive clinic and they should be able to score a few on the weak Sabres. Take the Islanders on the puck line.

Be sure to check out our full game preview for the Buffalo Sabres vs. New York Islanders.

The pause in the NHL schedule could not have come at a better time for the Calgary Flames. They are riding a four-game losing streak and had a chance to hit the reset button. This is a perfect opportunity for the Flames to put an end to that losing streak. They will be catching the Seattle Kraken, who are now without one of their key players, Brandon Tanev, on the second half of a back-to-back. The Flames are very stingy defensively, only allowing an average of 2.21 goals against per game — which is second best in the entire NHL. It is going to be a struggle for the Kraken who aren’t the most offensively talented team to generate scoring chances against the Flames. The Flames penalty kill is also third best in the NHL, operating at an 85.7% success rate. All of this great defense is complemented with a lethal forward group that is led by Johnny Gaudreau and Elias Lindholm. The Flames should be leading late into the third period, which will allow for an empty net opportunity if needed. Take the well rested Flames on the puck line.

Be sure to check out our full game preview for the Calgary Flames vs. Seattle Kraken.