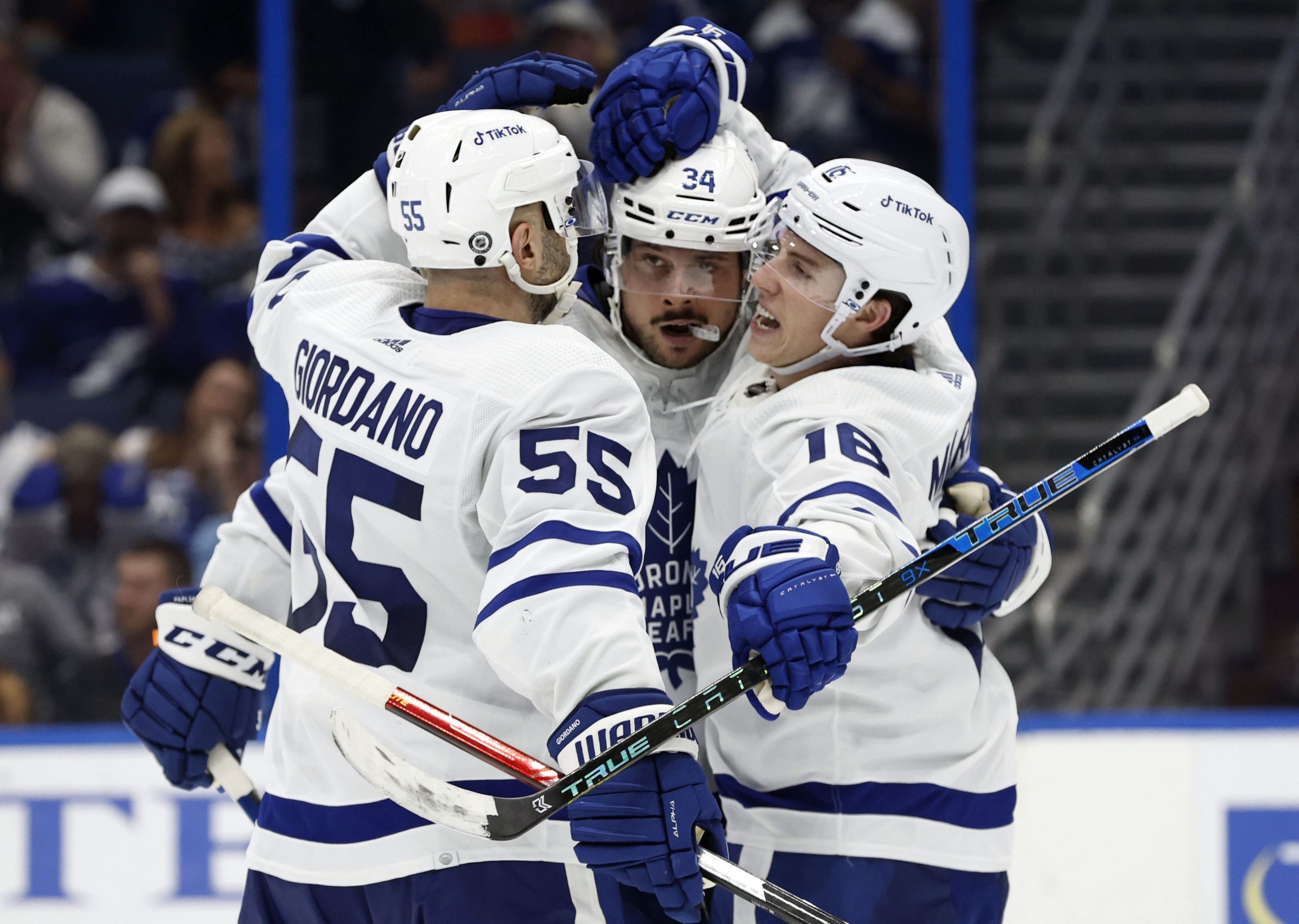 There are 11 games in the NHL on Thursday night, and we are getting so close to the playoffs. There are numerous games on Thursday that will shake up the seedings between now and the start of the postseason, highlighted by the Toronto Maple Leafs vs Tampa Bay Lightning at 8:00 pm ET on national television on ESPN. We have searched through all 11 games and have parlayed 3 teams with a payout of just over 11/1 at BetMGM sportsbook. But before we dive in, be sure to check out all of our picks and previews for every game tonight.  You can also follow Pickswise on Twitter for plenty of daily betting content.

Division and in-state rivals will collide when the New York Rangers visit Long Island on Thursday to play the New York Islanders. The Rangers have won 6 of their last 7 games and find themselves now tied for the lead with the Hurricanes for the Metropolitan Division. The Islanders have been eliminated from the playoffs and are wanting a season that started with so much promise to end as quickly as possible. They have only 2 wins in their last 6 games.

Defensively, the Rangers are unbeatable. Backed by Vezina Trophy favorite Igor Shesterkin, the Rangers have posted 3 consecutive shutouts and are playing an Islanders offense that ranks below average in expected goals and goals for per game. Look for a Metropolitan Division lead to inspire the Rangers.

The Toronto Maple Leafs’ last road trip of the season starts on Thursday against the Tampa Bay Lightning. As it stands right now, this game is a preview of the 1st-round matchup between these teams. The Leafs are red hot, winning 8 of their last 10 games, and have put a good distance between themselves and the 3rd-place team in the Atlantic Division. The Lighting, on the other hand, have been struggling down the stretch — winning 4 of their last 10 games and now battling with the Bruins for the 3rd place in the division.

Even though Auston Mathews — the leading goal scorer in the NHL, is day-to-day with an injury and may miss this game — the Maple Leafs haven’t missed a beat. They have scored 9 goals in the 2 games he has missed. Look for the Maple Leafs to deliver a statement to their potential 1st-round opponent.

The St Louis Blues start a 4-game road trip, their last of the year, on Thursday when they play the San Jose Sharks. The Blues have been playing extremely well lately as they had their 9-game winning streak snapped on Tuesday against the Bruins in OT. They also find themselves in a battle with the Wild for 2nd place in the Central Division and home ice in the 1st round of the playoffs. The Sharks are going the opposite way, as they just had their 10-game losing streak broken with a win on Tuesday against the Blue Jackets. This game boils down the motivation. The Blues have it trying for the better position in the playoffs, while the Sharks are looking towards the offseason.