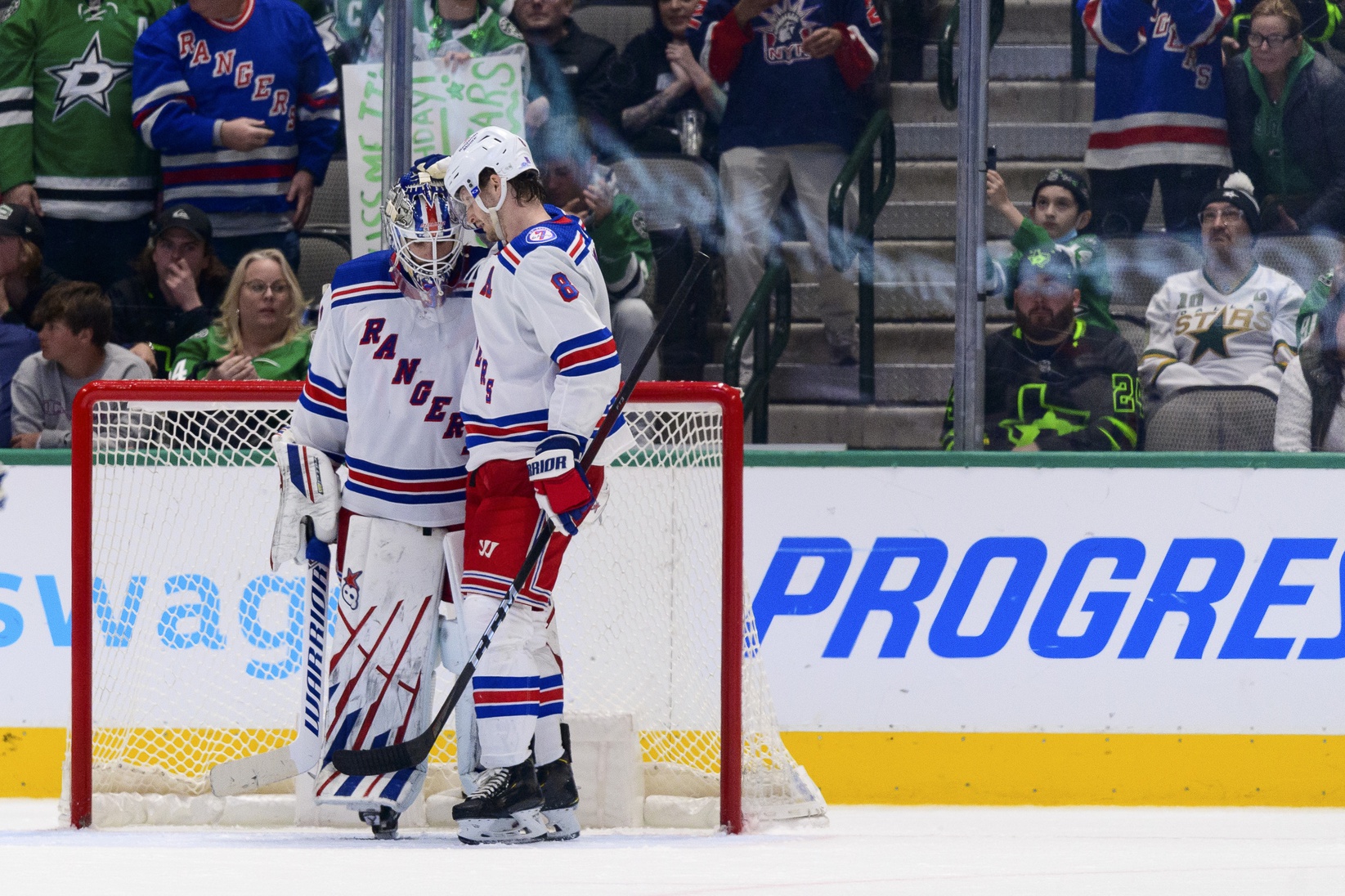 There are 10 games tonight in the NHL. We’re looking to parlay three of the games that will hopefully pay big. This parlay is just over a 13/1 payout for you. But before we dive in, be sure to check out all of our picks and previews for every game tonight.  You can also follow Pickswise on Twitter for plenty of daily betting content.

This parlay is paying out just over a 13/1 odds on FanDuel Sportsbook.

The Battle of New York will be fought for the second time this season tonight. The first time these two teams met, the Rangers defeated the Islanders 4-1. They’ll be looking for a similar performance here tonight. The Rangers are fighting to maintain the second seed in the Metropolitan Division, if not move up to the first seed. Tonight is an important game for them, and they have a huge home-ice advantage. In 28 home games this season, the Rangers have gone 20-5-3.

What will separate these two teams tonight is goaltending. Igor Shesterkin is expected to start for the Rangers, and he has been close to unstoppable on home ice this season. In 19 starts at home, Igor has won 16 games. Read that again. He is an automatic bet in Madison Square Garden, and bettors should take the Rangers on the puck line tonight.

Although the regular season is nearing its end, the Buffalo Sabres are starting to show signs of life. While they may not win this game outright, they should be able to keep it close. The Edmonton Oilers have an issue playing down to their opponent. Even though the Oilers are a much better team on paper, they will likely give the Sabres some breathing room tonight. The Sabres are on a two-game win streak heading into tonight, beating both the Vegas Golden Knights and the Toronto Maple Leafs.

The last time these two met, the Sabres defeated the Oilers 3-2. It might not play out the same here tonight, but the Sabres have proven they can beat the Oilers, if not keep it a close game. Players like Alex Tuch, Peyton Krebs, and Tage Thompson are showing Buffalo fans that they can be a legitimate team in the near future, and while they won’t be competing for a playoff spot this season, they still come to play every night. Take the Sabres to keep tonight’s game close, take them on the puck line at +1.5.

The Los Angeles Kings may be the most shocking team of the season. Everyone was seemingly counting them out, and now, they’ve found themselves second place in the Pacific Division with some breathing room. After an embarrassing performance against the Sharks the last time they played, which was only five days ago, the Kings are looking for some revenge. An important two points are on the board for the Kings tonight, and with home-ice advantage, bettors can expect a good performance out of them.

The Kings are averaging the fifth-most shots on goal per game, while also allowing the fewest shots against in the entire league. They excel at generating chances and limiting their opponents. Zach Sawchenko is expected to start in the net for San Jose, and he’s only started in three games this season. If the Kings can generate a lot of shots against a goaltender with minimal experience, they should walk away with an easy victory. Take them on the puck line tonight.