Hockey fans are spoiled once again as twenty-two teams hit the ice on Thursday night. Our hockey expert has identified the best bets of the night and included them in a mega parlay. Be sure to check out our picks for all of Thursday’s NHL matchups here.

The last two times these teams played, the New York Rangers exploded to beatdown the Flyers by a final of 9-0! The Rangers can tie the Flyers for fifth spot in the East Division if they are able to win on Thursday.

This game really comes down to two teams that are headed in opposite directions. The Rangers have won three of their last four, while the Flyers have lost three of their last four. With such a strong four teams ahead of them, reality may be setting in for the Flyers that they are not going to meet their expectations this year. They are allowing the second-most goals per game in the league at 3.52, in part due to some dismal goaltending from Carter Hart. Brian Elliot has been slightly better but still has a save percentage below .900. Take New York as they come in with lots of confidence vs a frustrated Flyer’s team.

The Predators played a strong game to shutout the Red Wings 2-0 on Tuesday night and will look to make it five wins in their last six on Thursday. Nashville is starting to build some momentum thanks to some brilliant goaltending by Juuse Saros. In his last five starts, Saros has not conceded more than one goal in all five games. Prior to his 31-save shutout against the Red Wings, Saros is coming off a loss to the Panthers that saw him stop 47 of 48 shots! The game before that he stopped 40 of 41! With the Red Wings averaging 2.15 goals per game, you would like to think there is a great chance that Saros extends his streak of one goal or less to six straight games.

The Predators also get a boost as Roman Josi came back from injury on Tuesday and set up the game-winning goal on the power-play. The Red Wings are averaging just 2.15 goals per game and will likely be held to one goal or less against Saros. The Wings have won just three games on the road this year.

Be sure to check out our full game preview for Detroit Red Wings vs. Nashville Predators. 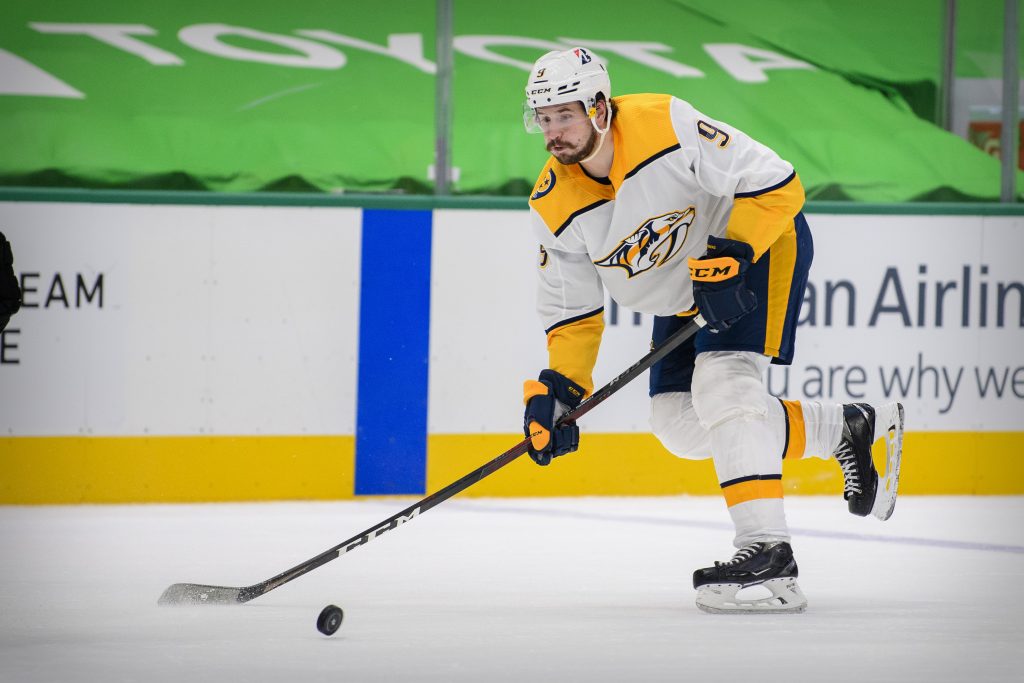 Save the best game for last! A busy NHL schedule concludes with the match that all hockey fans are looking forward to. The two top teams in the West Division faceoff in what will hopefully be a playoff preview. Look for the Avalanche to come out on top of this one on Thursday as they have a number of edges over the Knights at the moment.

For one, the Avalanche are on fire, winning seven of their last eight games and receiving points in eight straight. In the seven wins, Colorado outscored their opponents by a whopping 32-8 margin. Secondly, the Avalanche are outshooting their opponents by over 10 shots per game. The Avalanche are also fully healthy while the Knights are still missing Alex Pietrangelo and potentially Max Pacioretty. The Avalanche are getting fantastic goaltending and have the advantage of home ice where they are 12-4-1 on the year. Grubauer’s play of late has been nothing short of spectacular as he was seven straight games with relative ease. Over that seven-game stretch, Grubauer has not allowed more than one goal against and has recorded three shutouts.