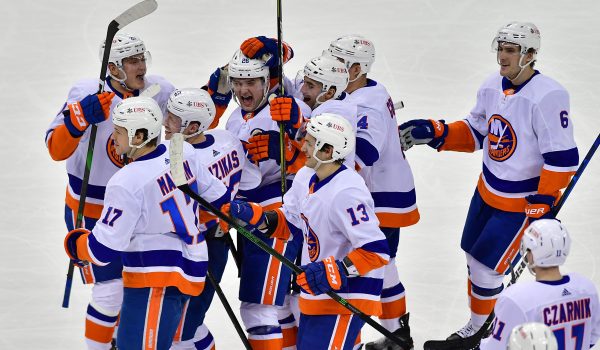 Another busy night in the NHL awaits as 18 teams are scheduled to faceoff on Thursday. Our hockey expert has identified the best bets of the night and included them in a mega parlay. But be sure to also check out our picks for all nine of Thursday’s NHL matchups here.

First in the East Division is on the line as the Islanders can tie the Capitals for first place with a regulation win. The Islanders will be seeking revenge as the Capitals have taken the previous three games against them this year, and New York will look to lean on their excellent defensive game to get the two points on Thursday.

The Islanders are holding opponents to just 2.31 goals against per game. They are also one of the better teams at limiting shots on goal as they allow the fifth least number of shots against in the league. This could be trouble for the Capitals as they are averaging the third-fewest shots per game in the league. New York has been unbelievable on home ice this season owning an impressive 13-1-2 record. The Islanders should also have an edge in the net as Semyon Varlamov’s 2.19 GAA and .922 SVP, is better than Ilya Samsonov’s 2.39 GAA and .908 SVP. Take the Islanders to win this one by more than a goal.

Be sure to check out our full game preview for New York Islanders vs. Washington Capitals.

Eeli Tolvanen scored the game-winning goal in overtime to give the Nashville Predators a 3-2 victory over the Dallas Stars on Tuesday night. The win was the sixth in a row for the Predators who now find themselves tied with the Blackhawks for the final playoff spot in the Central Division.

Tolvanen is having a fantastic year with nine goals and nine assists on the year. Captain Roman Josi is also playing at a high level, picking up five points in his five games since returning from injury. While Tolvanen and Josi have had significant impacts to the offense and the defense, the true MVP of the season has been Juuse Saros. Saros is 10-6-0 on the year with a 2.46 GAA, and a 924 SV%. In his last eight games, he is 7-1, while allowing just eight goals against. The Stars sit in seventh place in the Central Division and have lost five of their last six. 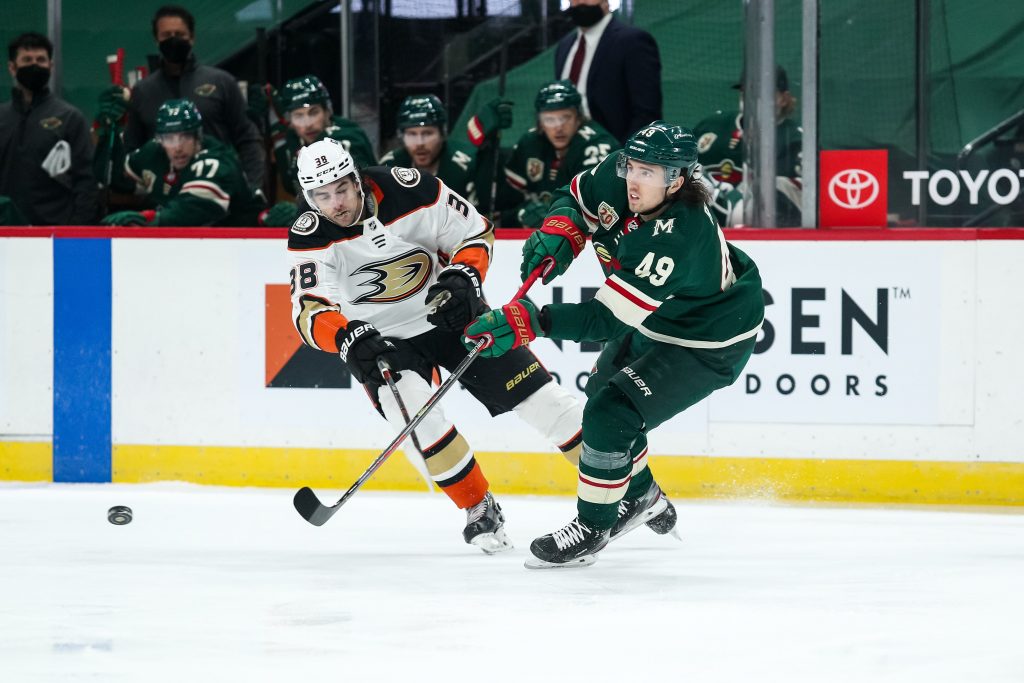 The Golden Knights and Minnesota Wild will look to rebound from disappointing losses on Wednesday night. Vegas fell 4-2 to the Los Angeles Kings on home ice while the Wild fell 4-2 in San Jose. Given the short rest for both teams, this game is highly unpredictable which makes the underdog Wild an attractive play. The Wild are getting some fantastic odds at +155 considering they have won the last two matchups against the Golden Knights.

Kirill Kaprizov picked up a goal on his four shots on Wednesday as he continues his impressive rookie season. Kaprizov has 12 goals and 28 points on the season which leads all rookies in the league. The Golden Knights have been very average of late winning just three of their last six games with all three losses being by two or more goals. Minnesota has found success playing with no rest, winning six of their last eight games in this situation. Don’t be surprised to see a low-scoring game that heads to overtime which would be great value for the +155 odds on the Wild.