Top March Madness betting trends ahead of the Final Four 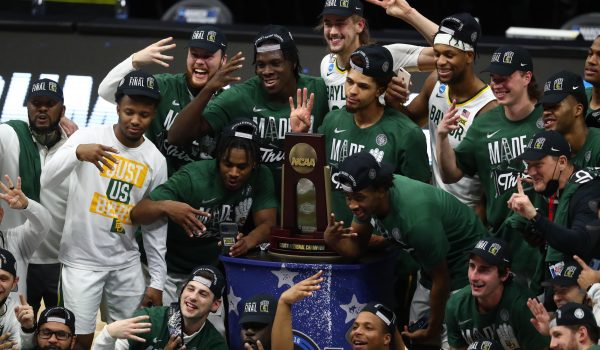 Most of the March Madness action is in the books, and all we’ve got left to settle is the Final Four. The first couple weeks of the tournament were truly jam-packed, and a ton of fun. As we get ready for our final couple of days, it’s important to keep an eye on what’s been happening in the past to help inform what might play out in the future.

With that in mind, today we’re taking a look at the top betting trends through the first four rounds. There’s a lot coming up, so be sure to check out our March Madness hub to stay on top of everything that goes on. Also, make sure to check out our picks on the side and total for every single game in the tournament.

Underdogs have now lost their profitability edge. The ‘dogs got off to a hot start in the first two rounds, but have faded a bit ever since. Now, things are pretty much even. Favorites went 7-5 ATS in the Sweet 16 and Elite Eight to make it so neither side clears the profitability threshold. At this point, you’ve got to tip your cap to oddsmakers for being pretty on the mark and not biased in one direction or the other.

While underdogs fizzled, one trend that has held up has been the under. The under was already a solid 26-21 through the first two rounds, and then it went 9-3 over the second weekend. It also was a perfect 4-0 in the First Four, so it’s technically 39-24 for the tournament. That’s either a 59 or 62 percent cash rate depending on if you count the First Four.

Either way it’s notable, and you would’ve made a lot of money blindly betting unders. I think it’s particularly interesting that it went 9-3 in the second weekend. That would seemingly suggest the under is even more likely to hit when the stakes get higher and players get tighter, which could be something to keep in mind for this weekend’s Final Four action.

The PAC 12 was 9-1 ATS through the Sweet 16, which was already incredible, and then they went 4-1 in the second weekend. Even in their loss to Houston, Oregon State was still able to get within the number and get to the window. USC didn’t cover against Gonzaga, marking only the second ATS loss for the conference in the entire tournament (not counting the inter-conference USC vs. Oregon game).

There’s only one PAC 12 team left, and this time UCLA will get a chance to take on Gonzaga. USC was only a nine-point underdog to the Bulldogs, but UCLA is a 14-point ‘dog. Will this trend hold up one more time for UCLA, or will they be Gonzaga’s next blowout victim?