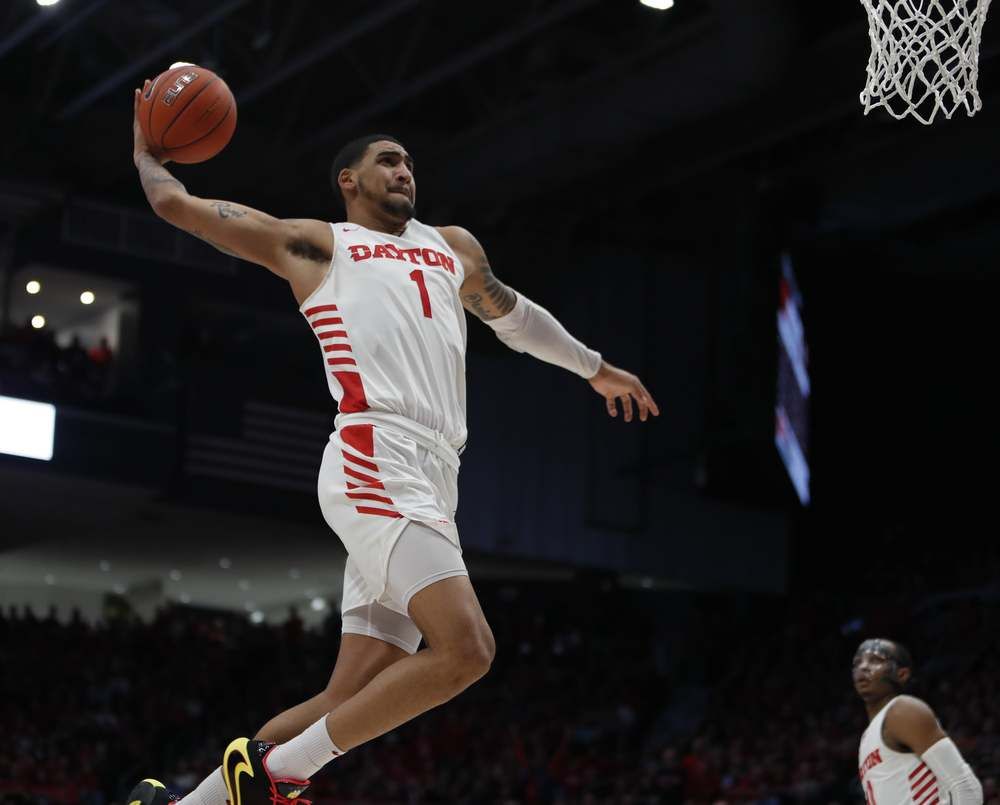 I am a news and prediction writer contributing to multiple different sports. Sports have been a huge part of my life ever since I can remember. For me, the best part about writing for a site like this is that I get to use my passion for sports and analytics to help people. My free time is usually consumed by watching sports or doing university work. I love all things Chicago sports, except the Cubs. I joined the Pickswise team in 2020.
@nick.bledsoe
Updated: 0:41 AM ET March 05, 2020

The wildest college basketball season in recent memory is almost at its culmination. The regular season is all but over and teams are starting to shift their focus to postseason play. Conference tournaments begin this week and selection day is just weeks away. With everybody settling in and getting ready for the most exciting basketball of the year it is a good time to examine what players have risen above the rest to be considered for the Naismith Award. This award is given to college basketball’s best player each season. With lots of players making names for themselves this year, it should be a fun race. These are my top value picks to win the award.

Anyone who has followed college basketball this season will know this name. The big man from Dayton has had a dominant year. Obi is averaging 19.7 points and 7.3 rebounds per game. Toppin is a huge reason for the Flyers climbing to a 15-0 record in conference and being ranked 4th in the nation. Since conference play started on January 1st, Obi has averaged 21.3 points per game while scoring 10 or more points in every game and shooting just over 55 percent from the floor. That is the definition of player of the year material. The only thing that could derail is chance at the award is if Dayton and Toppin show poorly in their conference and NCAA tournament. Obi is the favorite to win the Naismith award and it’s easy to see why.

There is no doubt that Pritchard has been the guy for the Oregon Ducks this year. The fifth-year point guard is a floor general in every sense of the word. He was around when they made a Final Four run in 2017 and has brought that experience to the team.  Payton plays almost every minute of every game and is the man the Ducks give the ball to in critical moments. Pritchard no doubt is the leader and shoots lights out from beyond the arc at an incredible 40.5 percent clip. As a result, this Oregon team sits atop the Pac-12. Payton’s ability to pass the ball around the floor and shoot it will be what makes the difference this year if Oregon is to make a deep run in March.

Markus ranks second in all of college basketball averaging an eye-popping 27.2 points per game. Marquette’s offense doesn’t just rely on him, he literally is their offense. Howard was able to put his name on the map last year, but picked up this year where he left off last. Markus seems to play his best basketball in the biggest games. As a result, in eight games against ranked opponents this season he has scored 25 or more points. The Naismith takes March Madness and fan voting into account. So if Marquette can make a nice run in their conference tournament and the NCAA tournament, which Howard would be a huge reason for, he could end up swinging a large late vote.