Top players to watch in the LSU vs. Clemson College Football Playoff final 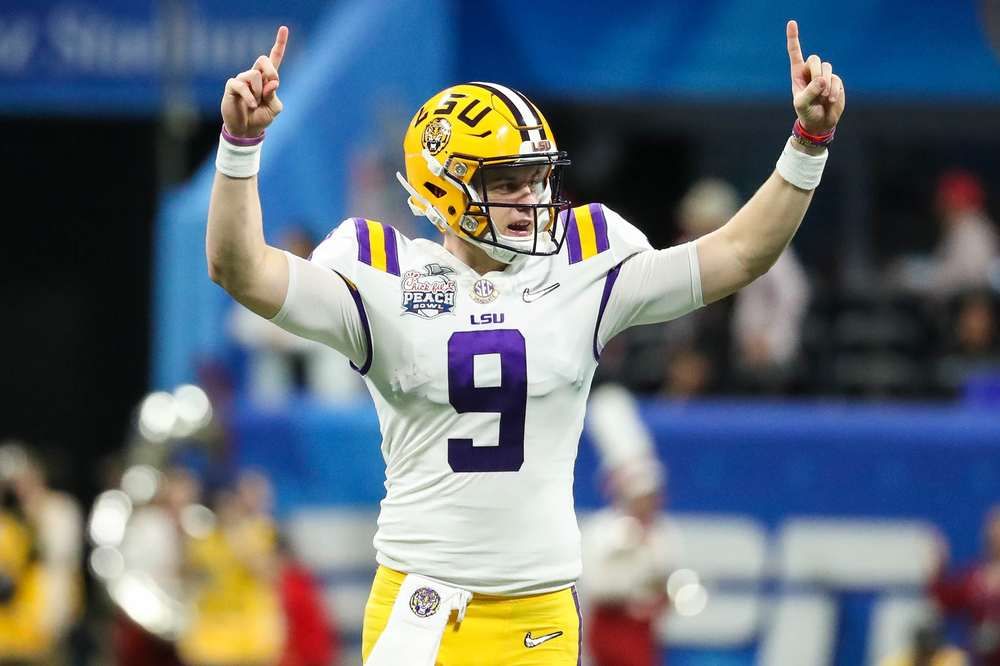 Since graduating from Davidson (The College That Stephen Curry Built), I have been writing about sports--just about any and all you can think of!--and coaching tennis in Atlanta, Ga. Beyond the four major sports, I am an avid tennis fan and cover the ATP Tour on a daily basis. If I'm not busy writing, you can generally find me on a tennis court or traveling the world wherever a sporting event takes me.
@Dimonator133
Updated: 14:29 PM ET January 14, 2020

Common fans and sports bettors are not the only ones salivating over an LSU vs. Clemson National Championship matchup, which is officially No. 1 vs. No. 3 but might as well be No. 1 vs. No. 2 (after all, Clemson was favored over second-ranked Ohio State in the Fiesta Bowl and it has won two of the last three national titles). NFL scouts will also be watching with bated breath. Top next-level prospects litter both Tiger rosters, especially on offense but really on both sides of the ball.

Let’s take a look at the best players who will put on a show in New Orleans next Monday night.

Burrow won the Heisman Trophy in record fashion, and why not? He threw for 4,715 yards with 48 touchdowns and just six interceptions during the regular season. In the Peach Bowl against Oklahoma, Burrow was 29-of-39 for 493 yards and a laughable seven touchdowns—plus one rushing TD.

Which quarterback is better? Burrow obviously put up superior, more consistent numbers; Lawrence, however, has come on strong. The Cartersville, Ga. native has delivered a 22-to-0 touchdown-to-interception ratio over the past seven outings. In three career College Football Playoff games he has thrown for 933 yards, eight scores, and zero INTs.

It’s true that the possible next two No. 1 picks in NFL drafts are the story of this National Championship (check out our free college football expert picks). But don’t forget about the supporting casts. Chase is an especially big reason why Burrow has been so unstoppable this season. The sophomore has 75 receptions for 1,559 yards and 18 touchdowns.

Like the case with Lawrence, this is not Etienne’s first rodeo in a national title setting. In last year’s drubbing of Alabama he scored twice and gained 86 yards on just 14 carries. This season the Jennings, La. native is averaging an amazing 8.0 yards per rush (192 for 1,536) to go along with 18 touchdowns.

Higgins has some unfinished business after leaving the semifinal against Ohio State with a mysterious head injury in the first half. He had just four catches for 33 yards at the time. When healthy, Higgins is a game-changer. The junior is averaging 19.9 yards per catch (56 for 1,115) and has found the endzone 13 times.

When the Sooners bottled up Jefferson and let every other Tiger run wild in Atlanta, Jefferson was happy to deliver. And that’s an understatement. The junior erupted to the tune of 227 yards and four touchdowns on 14 catches. He has 102 receptions for 1,434 yards and 18 scores on the season.

Delpit did not put up huge numbers in 2019, in part due to injuries and also because opposing offenses avoid him like the plague. Quarterbacks throw it away from him and runners run away from him. A likely top-20 pick, Delpit is healthy now and should be ready to unleash big—but legal (unlike Ohio State)—hits on Lawrence and company.