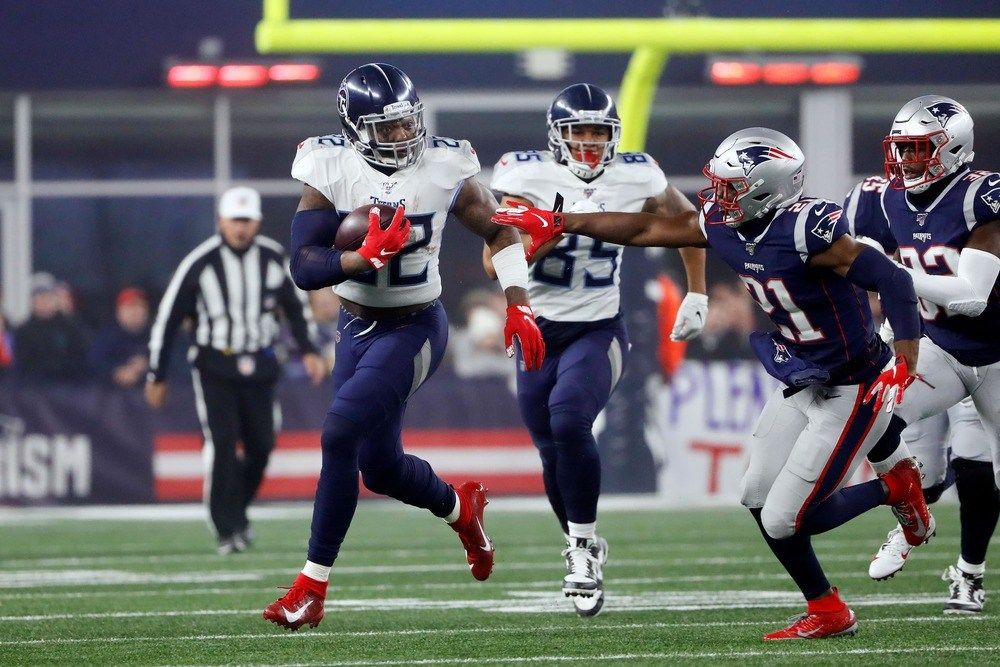 The NFL Playoff field is down to just eight teams, and many of those teams are quite surprising. The New England Patriots find themselves not playing in the Divisional Round for the first time since 2009. It is usually billed as the must-see weekend in the NFL, but this year’s Divisional Round has a little bit different feel. The NFC saw three teams win 13 games in the regular season, but only two of those teams remain heading into the weekend. The Patriots eight-season AFC Championship run has ended, so who will take advantage of the opportunity. Let’s dive into the key storylines to follow in the NFL Divisional Round.

Is it time for New Blood in the AFC?

It has been a decade since the last time the Patriots weren’t playing during Divisional weekend. The Ravens took down New England back in 2009. The Tennessee Titans will look to replicate similar success as they visit the top-seeded Baltimore Ravens for a spot in the AFC Championship. It is definitely a new era in the AFC, and the Patriots are no longer the big dog, and neither is Tom Brady. The Ravens, Chiefs, Texans or Titans each have a shot to turn themselves into the new dynasty of the 2020s. Baltimore already has two super bowl championships, while the Chiefs haven’t reached the Super Bowl in decades. Rejoice fans from other teams the Patriots Dynasty could be over or is it? For now, the AFC will have a new face this year.

Are the Seahawks a legitimate threat?

The Seahawks were able to make the playoffs in what is arguably the toughest division, the NFC West. Not only that but they were able to go on the road to Philadelphia and get a win over the NFC East Champions and now make a visit to Lambeau to face the Green Bay Packers in the divisional round. They have a Super Bowl-winning coach and quarterback, but they haven’t been winning pretty, but that doesn’t seem to matter for a team that is in position to take down one of the leagues best on Sunday. The close games might be singling the end for the Seahawks run this season, but a victory over Green Bay and a birth in the NFC Championship could change things completely.

Is this a short-run for San Francisco?

The 49ers have a young coach and young quarterback for that matter. Does that mean their run will be short? Anything can happen in the NFL, but they have the tools on both sides of the ball to overcome the nerves of a first time starting in the playoffs for Jimmy Garoppolo. They get Kirk Cousins and the Minnesota Vikings, which is quite a surprise on its own, as Minnesota escaped New Orleans in the NFC Wild Card. The window is pretty big for the 49ers to reach the level they were in the 80s and 90s, but having a young and inexperienced core, could still cause a few growing pains. The NFL Playoffs are a whole new mountain to climb.

Do the Packers need less Aaron Rodgers to succeed?

The identity in Green Bay changed tremendously as soon as Matt LaFleur took over the organization. The Packers stress the ground game and have an almost unstoppable pass rush. Which makes relying on Aaron Rodgers to be a superhuman player, isn’t as big of a need anymore. For years Rodgers has had to be Superman, but with Aaron Jones as a legitimate runner in the backfield and other strong players around him, Green Bay has a chance to chase down a second Super Bowl Championship for Rodgers, and the Organization’s fifth Lombardi Trophy. They get a hungry Seahawks team on Sunday in the Divisional round, but at the least, the Packers won’t just have to rely on Rodgers to lead the team forward.

Does Tannehill deserve a massive deal?

The Tennesse Titans did the unthinkable last week in New England, as they were able to slay the beast known as the Patriots. Ryan Tannehill has become arguably the franchise quarterback the Titans have been searching for. Now they face top-seeded Ravens in Baltimore on Saturday and will need another big performance from running back Derrick Henry, along with Tannehill making good decisions. If Tannehill can lead the Titans through the Ravens what’s to stop them from a shot at the Super Bowl. For now, at the least Tannehill deserves a massive deal right?