HomeAnalysisCollege Football AnalysisTua gone, to what NFL team will he go?

Tua gone, to what NFL team will he go? 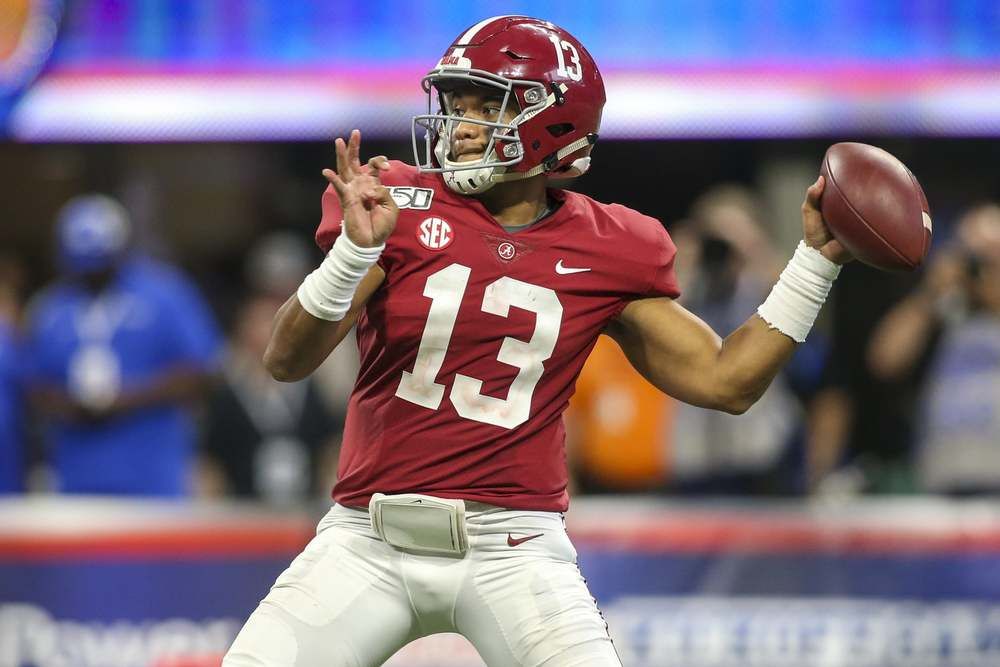 Since graduating from Davidson (The College That Stephen Curry Built), I have been writing about sports--just about any and all you can think of!--and coaching tennis in Atlanta, Ga. Beyond the four major sports, I am an avid tennis fan and cover the ATP Tour on a daily basis. If I'm not busy writing, you can generally find me on a tennis court or traveling the world wherever a sporting event takes me.
@Dimonator133
Updated: 10:46 AM ET January 13, 2020

ESPN did a nice job of sucking people into to thinking Tua Tagovailoa actually might stay at Alabama, boosting ratings for talk shows throughout the past week and even for the announcement itself. Of course, those who knew better were well aware there was never any chance Tagovailoa would return for his senior season in college and bypass the NFL Draft. The 21-year-old confirmed as much on Monday, telling reporters and the rest of the world at a press conference that he is heading to the pros.

And with that, now—unlike the “will he or won’t he leave” question—there is a real debate. Where will Tagovailoa go in the draft and what team will get him?

As potential 2020 No. 1 overall pick Joe Burrow and possible 2021 No.1 Trevor Lawrence prepare for the upcoming National Championship (check out our free college football expert picks), Tagovailoa is getting ready to take his talents to the next level. Cue the celebration in South Beach, where the Dolphins have seemingly been desperate for the southpaw’s services for the past few years. Now it could become a reality. Miami has no quarterback of the future, but 37-year-old Ryan Fitzpatrick has enough left in the tank to keep his team at least decent for one more season. He would be a solid mentor for Tagovailoa as the youngster continues his recovery from hip surgery. The Dolphins own the No. 5 overall pick in addition to No. 18 from Pittsburgh, so they certainly have to tools with which to go out and get their guy.

The Ron Rivera era is over in Carolina and the Cam Newton era will likely follow suit sooner rather than later. Newton just has not been able to stay healthy and the Panthers cannot wait any longer to complete their rebuilding process. What better way to attempt a return to the top of the NFC by pairing star running back Christian McCaffrey with Tagovailoa. Carolina has the seventh pick in the NFL Draft,  and there is a chance the former Crimson Tide standout will still be available if Miami balks because of injury concerns.

Speaking of ending eras, is Jameis Winston’s time in Tampa nearing its conclusion? Following a poetic finale to the 2019 campaign in which Atlanta beat the Buccaneers in overtime by walking off with Winston’s 30th interception, head coach Bruce Arians just barely stopped short of calling his quarterback “terrible.” It sounds like Arians and company are ready to move on from Winston, in which case their 14th pick could be used on you know who. Of course, the Bucs would probably have to move up and/or benefit from other teams getting really scared by Tagovailoa’s questionable hip.

Also keep an eye on the Los Angeles Chargers and Oakland Raiders as potential bidders to position themselves for Tagovailoa in the draft.