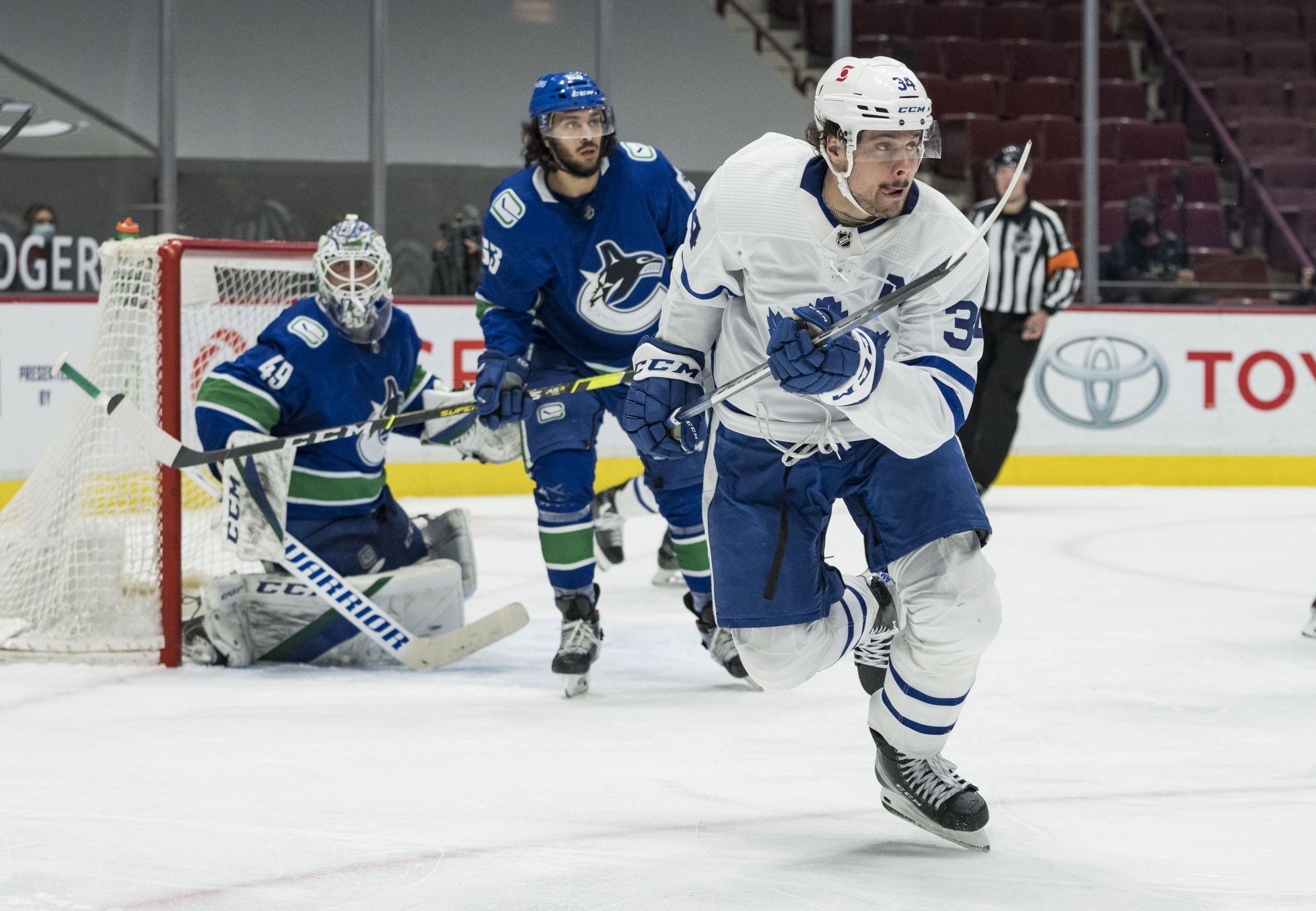 We’ve got eight games on deck for Tuesday in the NHL, and we’ve got a four-leg parlay at over a 14/1 payout to go with it. It’s a busy night in the NHL as 16 teams are in action as the playoffs draw near.

Before I reveal this mega parlay, don’t forget to check out our picks for the side and total on every NHL game first. We’ve been on a roll this hockey season, and our experts are on fire right now. Don’t miss out on their picks for all eight of today’s games.

For this play, we’ve got four favorites on the puck line. Let’s break each of them down.

The Florida Panthers have dominated the season series thus far. They are being led by Aleksander Barkov and Jonathan Huberdeau (both have 45 points). Overall they have nine players with 20 or more points. That has led them to being a high-scoring team, averaging 3.16 goals per game. As for goaltending, we should be seeing Chris Driedger in net. He has a 12-5-3 record this season in 20 games started, with a very impressive 2.09 GAA and .927 SVP.

The Blue Jackets are amidst a very poor stretch of hockey. Heading into this one they are just 2-12 in their last 14 games. They are the fourth-worst team in the NHL, averaging only 2.43 goals per game. Their defensive game used to be their strong point, but not this season; they are averaging 3.28 goals against per game.

Be sure to also check out our full-game preview for Columbus Blue Jackets vs. Florida Panthers.

The Pittsburgh Penguins have played their best hockey of the season of late to push them up the standings. They are now only three points behind the East Division-leading Washington Capitals and have three games in a row against the struggling New Jersey Devils. The Penguins have won four of their last six and are 6-3-1 in their last 10 games. Over their last six, they are averaging only 2.5 goals against and their powerplay is over 31%. Tristan Jarry has been their rock in net going 3-0-1 in his last four starts with a .937 save percentage and 1.72 goals against average.

All three of the Penguins’ wins over the Devils this season have been by more than one goal and they are 16-3-2 on home ice. The Devils have lost six in a row and are 1-8-1 in their last 10 as they limp to the finish line of this season. Their top two-point producers this season Pavel Zacha and Jesper Bratt are out with injuries and Jack Hughes has no goals in his last five games.

Be sure to also check out our full-game preview for New Jersey Devils vs. Pittsburgh Penguins.

The Dallas Stars and Detroit Red Wings will face off for the second night in a row. The Stars are hoping they can get a win here and continue their climb into a playoff spot. The Red Wings are scoring the second-fewest goals per game with only 2.27 and are allowing 3.11 goals per game. Dallas has been playing great defense, they’re getting help from their strong blue line with players like Miro Heiskanen and John Klingberg. They’re holding opponents to only 2.43 goals per game, the fifth-best. They’re also limiting opponents’ total shots to only 27.3 per game, the third-best in the NHL.

The Red Wings have the second-worst powerplay in the league while the Stars have the sixth-best. Jake Oettinger is expected to get the start for the Stars, he’s posting a 2.16 GAA and .919 SVP and has done a great job in the backup role this year. He’s won his last two starts, holding his opponents to only one goal against in each.

Be sure to also check out our full-game preview for Detroit Red Wings vs. Dallas Stars.

The Leafs are being led offensively by Auston Matthews and Mitch Marner (both have 54 points). Matthews is a goal-scoring machine. He is leading the league with 33 goals. When you follow up a line of Matthews and Marner with a line centered by John Tavares, your forward group is likely very deep. This dynamic forward group has led them to a seventh-ranked offense in the NHL, averaging 3.24 goals for per game.

Their defensive play has improved drastically this season, as well; they are only allowing 2.67 goals against per game. It is likely that we see Jack Campbell back in net for the Maple Leafs, as Freddy Andersen remains out with an injury. Campbell has been great this season in replacement of Andersen. He has an 11-2-1 record, with a 2.24 GAA and .919 SVP. This will be the second game back from their battle with Covid for the Canucks. The Canucks will be without one of their top defenders in Alex Edler.

Be sure to also check out our full-game preview for Toronto Maple Leafs vs. Vancouver Canucks.