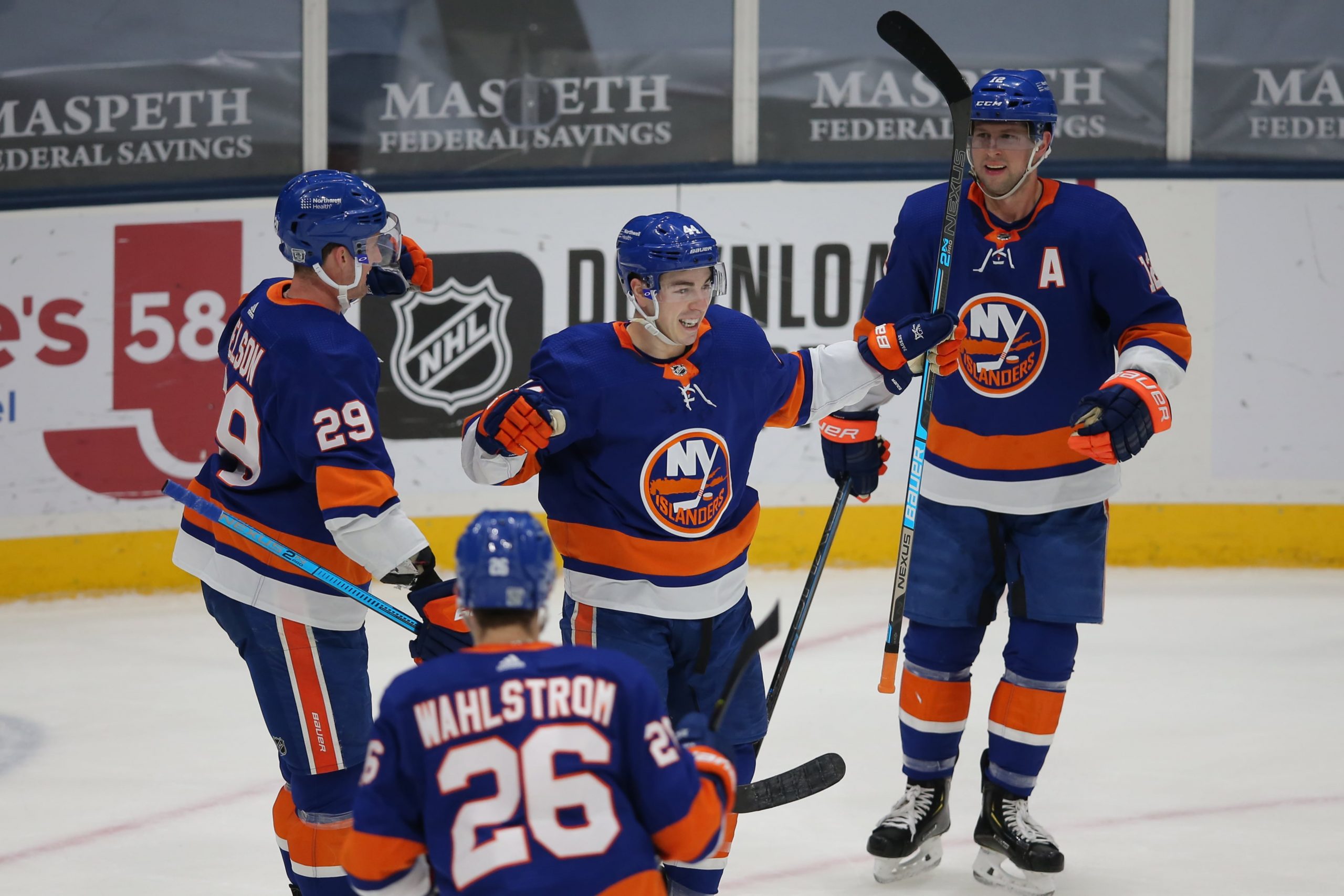 There’s eight games on deck for Tuesday in the NHL, and we’ve got a three-leg parlay at nearly a 7/1 payout to go with it. This eight-game slate is featuring some of the top teams in the NHL and is sure to produce some must watch hockey.

Before I reveal this parlay, don’t forget to check out our picks for the side and total on every NHL game first. We’ve been on a roll this hockey season, and our experts are on fire right now. Don’t miss out on their picks for all eight of today’s games.

For this play, we’ve got two favorites on the money line and one on the puck line. Let’s break each of them down.

The Islanders have played great hockey lately and have themselves within striking distance of first place in the East. They are 3-0-1 in their last four games which include a dominant 7-2 win over the Boston Bruins and a 2-0 shutout vs the Pittsburgh Penguins. New York should win the majority of the faceoffs on Tuesday as their fifth ranked win rate is going up the Devils who rank dead last in the league on the draw. With the Islanders being such a strong defensive club, a large advantage in possession off the draw will likely make it very difficult for the Devils to score. The big difference on the defensive side comes on the penalty kill. The New Jersey Devils rank dead last killing off only 62% of their minor penalties.

Be sure to also check out our full-game preview for New York Islanders vs. New Jersey Devils.

In virtually every statistic, defensively and offensively, Carolina outmatches Nashville. Carolina’s powerplay is the sixth best in the entire league, they’ve scored on 27.7% of their chances, while the Preds rank in the bottom 10 and are operating at 18.1%. Additionally, Nashville has the third worst penalty kill, so the Hurricanes’ special teams have a significant advantage going into this one. The Hurricanes have the second best faceoff percentage in the league. They’re currently winning 54.3% of the time, so they should have a massive advantage in this game if they’re able to control the possession. They’re scoring on 10.2% of their shots, the tenth best in the league. If they can continue their pace of 31.9 shots on goal (sixth best), they should continue to capitalize with their strong shooting percentage.

Be sure to also check out our full-game preview for Carolina Hurricanes vs. Nashville Predators.

Tampa Bay took the first game of the series on Saturday 5-0 with two power play goals and a shorthanded goal. The Lightning have now won four in a row and are 7-3 in their last ten. In the win over the Stars Steven Stamkos and Anthony Cirelli had one goal and one assist each to help Tampa Bay move into second in the NHL in points and first in goals for average with 3.63 per game. The second line has been producing for the Lightning as Stamkos has 19 points and Cirelli has 12, but the new addition of Alex Killorn has been a perfect fit to add some toughness as well as three points in his last four games. In the loss on Saturday Dallas only had 20 shots and now have only one win in their last eight games. Tampa Bay will be flying as they look to keep the top spot in the Central Division against the last place team in the division.

Be sure to also check out our full-game preview for Tampa Bay Lightning vs. Dallas Stars.