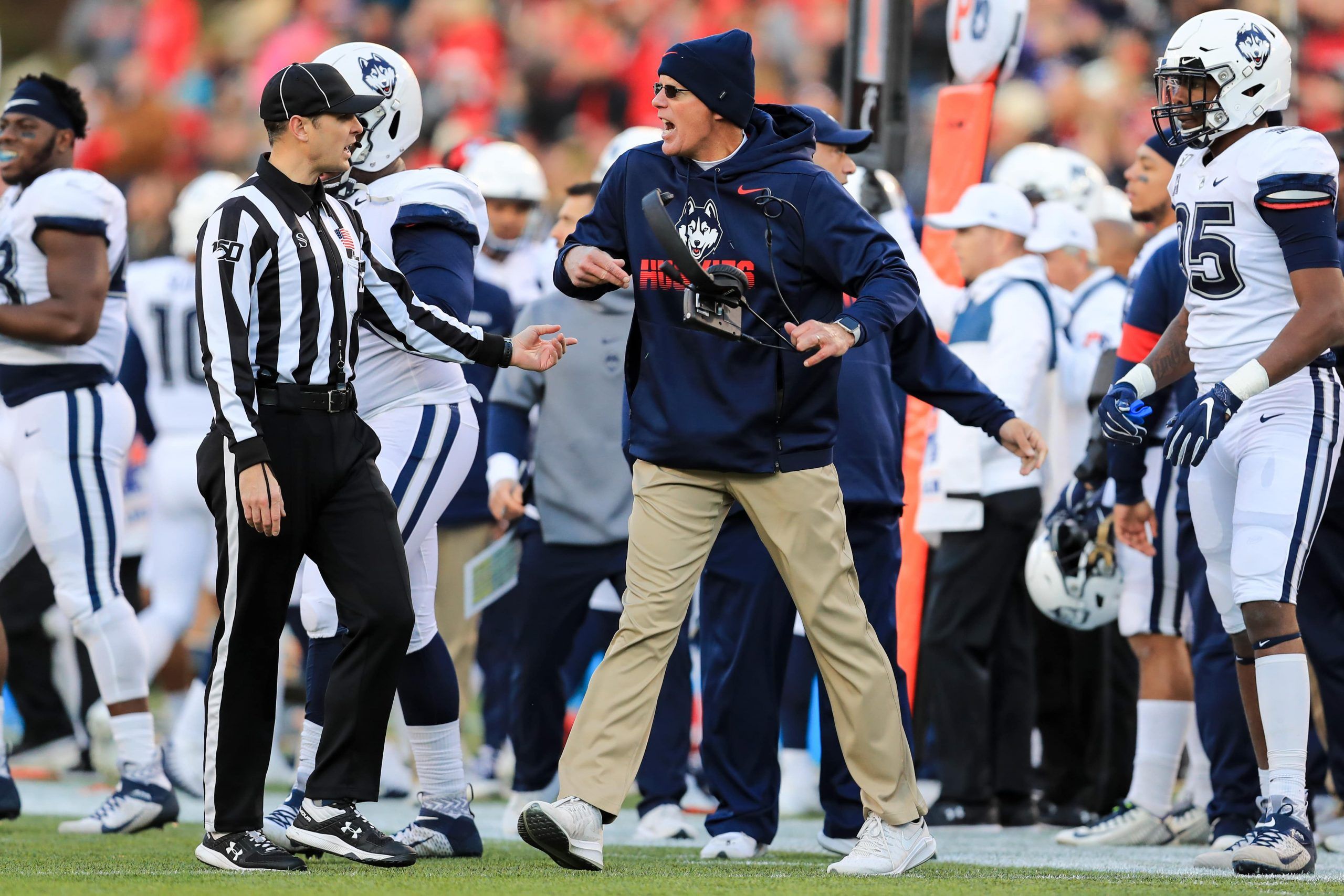 Whatever the case, the bottom line right now is that UConn on Wednesday became the first FBS team to decline participation in the 2020 season.

UConn athletic director David Benedict stated the following in a news release: “After receiving guidance from state and public health officials and consulting with football student-athletes, we’ve decided that we will not compete on the gridiron this season. The safety challenges created by COVID-19 place our football student-athletes at an unacceptable level of risk.”

“We engaged and listened to the concerns of our football student-athletes and feel this is the best decision for their health, safety, and well-being,” head coach Randy Edsall added. “Our team is united in this approach and we will use this time to further player development within the program and gear ourselves to the 2021 season.”

Will there still be enough teams by the time week one rolls around to hold a season? For now, no Power 5 representative has shown signs of complete cancellation. One trend, however, is to play schedules consisting exclusive of teams within the same conference.

There won’t be any conferences playing any sport in Division II and Division III this fall. In addition to the UConn news, another concerning development for college sports on Wednesday was that both of the aforementioned divisions announced the cancellation of all fall champions. That means DII and DIII football, men’s and women’s soccer, men’s and women’s cross country, field hockey, women’s volleyball, and men’s water polo are scrapped for the 2020-21 school year.

For the time being, decisions to play or not–at the Division I level, at least–are on an individual basis as opposed to team or governing body, although the UConn news could end up being the first domino in a series that changes things. The most notable player opt out is Minnesota wide receiver Rashod Bateman, who is projected to be a first-round pick in the 2021 NFL Draft. In two seasons with the Golden Gophers, Bateman has 106 receptions for 1,840 yards and 17 touchdowns (1,219 yards and 11 touchdowns as a sophomore). Michigan State linebacker Jacub Panasiuk announced on Wednesday that he will redshirt this season. Panasiuk is a two-year starter for the Spartans who recorded five sacks in 2019.

“Unfortunately, in light of the around the health and safety of the COVID-19 pandemic, I have to set my sights my wishes aside for the wellness of my family, community and beyond,” said Bateman, who has officially declared for the draft.

Bateman could have been a 2020 Heisman Trophy longshot. The favorites, of course, are Clemson quarterback Trevor Lawrence (+375) and Ohio State signal-caller Justin Fields (+400). No one else has better than +1200 odds (QBs Jamie Newman of Georgia and Spencer Rattler of Oklahoma).

Not coincidentally, Lawrence’s Tigers and Fields’ Buckeyes are also the top two national title favorites. They come in at +225 and +300, respectively.

Be sure to check out our college football page for any breaking news updates and—when and if the season begins—game predictions.