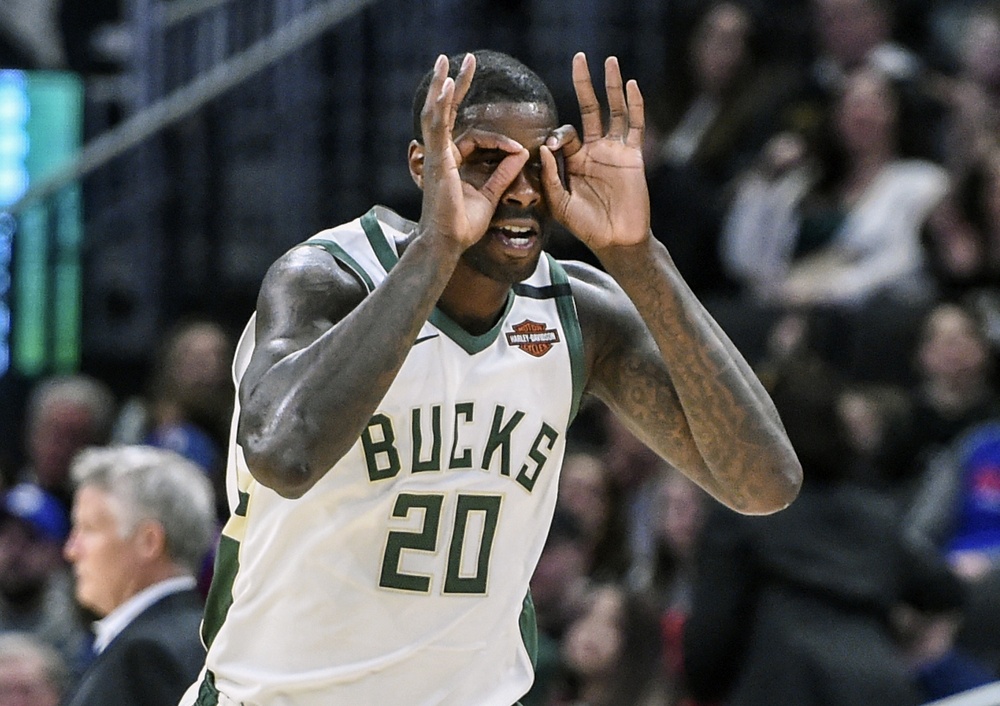 We all know that superstars win championships, and ancillary starters and top bench players also play crucial roles in a team’s success. However, whenever a team makes noise in the playoffs, it’s partly thanks to an unexpected source. Remember when Leon Powe scored 21 points in Game 2 of the 2008 Finals? Or Boris Diaw scoring 26 points in Game 7 of the 2014 Western Conference Finals?

Below, we’ve tried to identify the unexpected x-factors on each of the Eastern Conference playoff teams.

Giannis can’t guard everyone. While the Bucks can count on the MVP to cover LeBron James or Kawhi Leonard, they’ll need someone who can cover Anthony Davis or Paul George.

In comes Marvin Williams, who joined Milwaukee after getting bought out by Charlotte. While the veteran struggled with his jumper after joining the Bucks, he shot 38% from three between 2016 and 2019. Most importantly, his Defensive Box Plus/Minus (which helps to gauge a player’s defensive impact when on the court) ranked second on the Bucks.

The Raptors’ backcourt is small, as Toronto leans on six-foot Kyle Lowry and six-foot-one Fred VanVleet. The Raptors could run into some lengthy opposing backcourts during their run through the Eastern Conference playoffs, especially if they run into the likes of Boston or Philadelphia.

If they face off against those opponents, the Raptors will need a stout guard or forward who won’t get bullied by the likes of Jaylen Brown or Josh Richardson. While Norman Powell and Terrence Davis will get minutes at guard, they Raptors could find themselves playing big and inserting RHJ into the lineup.

The forward has had a solid season in Toronto. While his offense leaves some to be desired, RHJ has the athleticism and defensive prowess to take on those aforementioned guards. Plus, his DBPM was fourth on the Raptors (and better than the likes of Lowry, VanVleet, Powell, and Davis).

The Cs playoff rotation is pretty much set. Daniel Theis, Enes Kanter, and Robert Williams will account for all 48 minutes at center. At the other four positions, the Celtics will rotate through Kemba Walker, Jayson Tatum, Jaylen Brown, Gordon Hayward, and Marcus Smart.

Even if you play each of those five players 36 minutes per game, the Celtics will still need another guard or wing to chip in around 12 minutes per game. While the Cs have plenty of contenders for that role (including Brad Wanamaker, Semi Ojeleye, and Romeo Langford), Grant Williams could end up being the x-factor.

The first-round rookie got into 62 games this past season, and he managed to put up the second-highest DBPM on the team (among players with at least 500 minutes). His unselfish play style also meshes well with Boston’s top players.

While Derrick Jones hasn’t put up gaudy stats, the Heat offense has been incredible when he’s on the court (including a 124 offensive rating, the best on the squad).

The Heat have plenty of wings that they can turn to, but when the game slows down in the playoffs, Jones’ ability to consistently get to the rim could be crucial.

Indy will need a big man to spell Myles Turner and Domantas Sabonis, especially if they’re forced to play a big team like the Sixers.

Sorry, Alec Burks, but it’ll be Glenn Robinson who’s getting minutes on the wing. A bench scorer could prove to be crucial for Philly.

If any of these teams have any hope of making noise, they’ll need an incredible performance from an unexpected source.