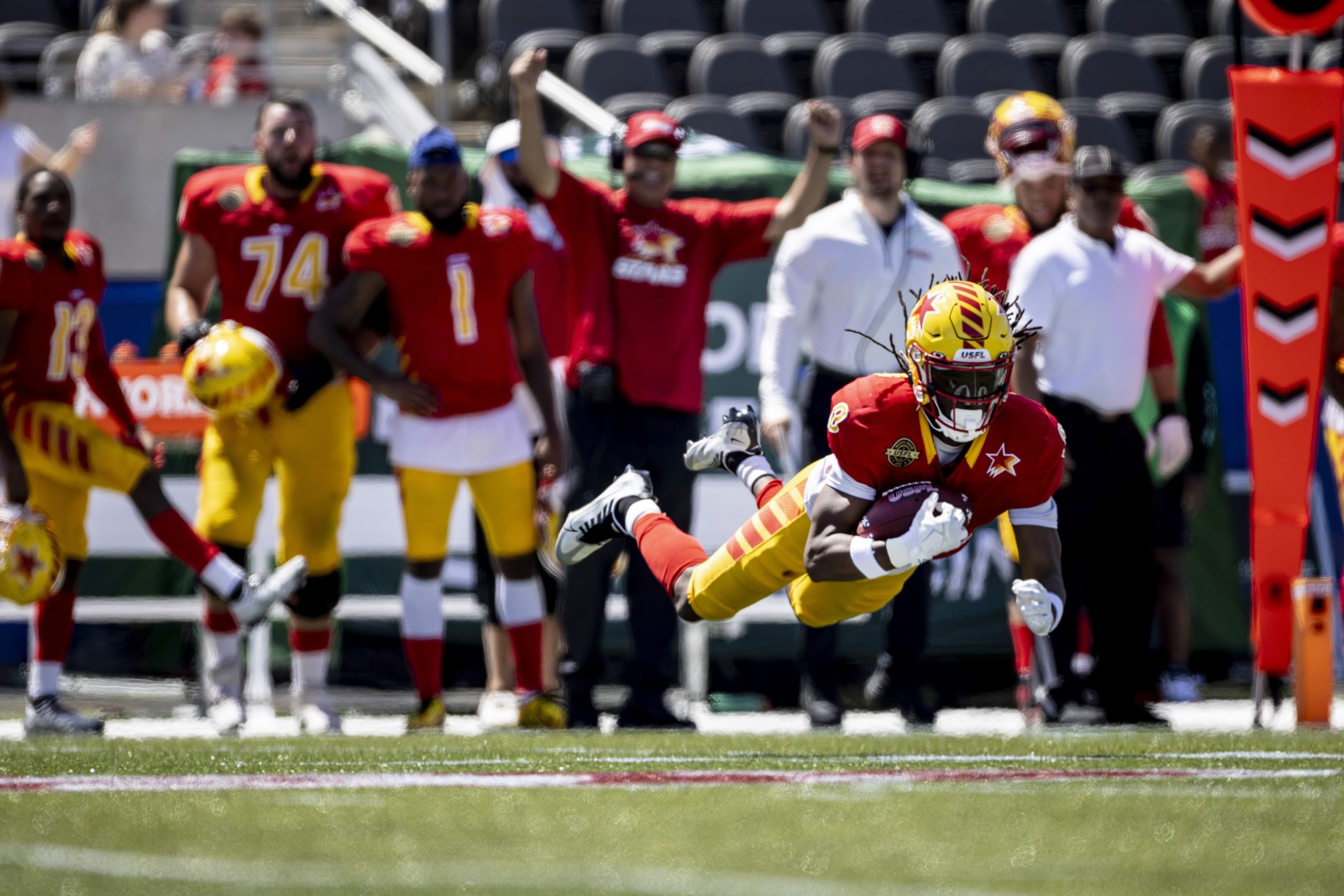 Welcome to Week 3 of the USFL. Things are looking up after the action was much improved last week at Protective Stadium in Birmingham. We had three teams top the 30-point mark and five of the eight teams scored over 20. We went 2-2 on our bets last week, making it an even 4-4 on the season.

On deck this week we have a battle of 2-0 teams when the New Orleans Breakers face the Birmingham Stallions, as well as a couple of 0-2 teams facing off when the Pittsburgh Maulers meet the Michigan Panthers.

Before you place your wagers this week, here are our best bets for this USFL slate.

How to watch the USFL in Week 3

There isn’t a lot of in-depth analysis to be had here. The Panthers are just bad. I know, it’s a shocker that a Jeff Fisher-led team is struggling on offense and not winning games. They have scored a total of 18 points in two weeks, and quarterback Shea Patterson looks mostly lost on the field. On the flip side, their defense has allowed just 27 points in two games, so they are looking like one of the better units. The Maulers had a much better Week 2 than their opener as well as they scored 23 points against the Stars, but they are also offensively challenged to be polite. Josh Love looked much better last week, but Pittsburgh is still 0-2 and not one of the better offensive teams in this league.

Unless one team really puts on a show here, both teams are going to have to get to 20 points or close to it and I just can’t see Michigan getting over 14 in a game unless the quarterback play improves drastically. This number still just seems too high and I am very comfortable with the under.

The Generals opened the USFL season by giving away a close game to Birmingham but came back victorious in Week 2, albeit with an uninspiring effort against the lowly Michigan Panthers. The Stars came out a little flat in Week 1 in losing to the 2-0 New Orleans Breakers, but had a much better game last week and took down the Pittsburgh Maulers while scoring 30 points.

This one should come down to the quarterback play from both teams. In this case, the New Jersey method of switching the quarterbacks throughout the game has proven to be difficult. Luis Perez is the better thrower and De’Andre Johnson is lethal with his legs, but rotating quarterbacks rarely works on any level of football. More often than not, neither guy can get in a rhythm, and it just disrupts the whole team and game plan.

On the other side of the field, Bryan Scott is becoming one of the stories of the league. He is leading the USFL in completions, passing yards, completion percentage and touchdown passes. Clearly the time he spent in the Spring League with head coach Bart Andrus is paying off. It feels like the Stars are a team on the rise, and I have no problem laying a single point in this one.

Jordan Ellis is the second-leading rusher in the USFL through two games, racking up 39 carries. You gotta love that usage, and even though he shares the backfield with T.J. Logan, Ellis is the workhorse back so far. He is also averaging a respectable 3.9 yards per carry and has 64 and 89 yards rushing in the first two games.

The Breakers will now face the Stallions, who have allowed just under 180 yards per game on the ground after two weeks, which is second-most in the USFL. This one seems like Ellis should clear this number before the game even reaches the fourth quarter.

One of the more consistent receivers in the league so far, Mitchell has been over that prop both games this season. He has the fifth-most targets in the USFL through two games and is averaging 18 yards per catch. That’s telling me he only needs to catch three balls on average to reach this number. New Orleans has been one of the better pass defenses so far, but I think it is more of a commentary on the offenses they played. There haven’t been too many players who have been relevant in both games so far and Mitchell is one of them. He will continue to be a big part of the Birmingham game plan and should top this number easily.