We’ve got nine games on deck for Wednesday in the NHL, and we’ve got a four-leg parlay at a 13/1 payout to go with it.

Before I reveal this mega parlay, don’t forget to check out our picks for the side and total on every NHL game first. We’ve been on a roll this hockey season, so don’t miss out on their picks for all nine of today’s games.

The Tampa Bay Lightning have won five out of their last six games as they get set to take on the Dallas Stars for their last series against them this season. Tampa Bay leads the season series 5-1 and has a great opportunity to move up in the division standings. The Lightning are a very tough team to beat this season and are the only team in the NHL that is undefeated when entering the third period with a lead, posting a perfect 25-0 record.

The Stars were in a tight race for the final playoff spot in the Central Division but have now lost four straight games to put themselves four points back with four games to go. Goaltender Anton Khudobin has lost three straight games and also hasn’t won a game in regulation in his last eight starts. Khudobin is 0-3-0 against the Lightning this season while allowing an average of 3.04 goals per game with a .867 save percentage. Dallas has lost four out of their last five games on the road and has also lost five straight as a road underdog.

Be sure to also check out our full-game preview for Dallas Stars vs. Tampa Bay Lightning.

The Nashville Predators helped their chances of getting into the playoffs with a 4-3 overtime win over the Columbus Blue Jackets on Monday night. The Predators have won four of their last five games while averaging 3.20 goals on 31.4 shots per game during this stretch. Nashville has played great in the second half of the season to get itself in this spot and is 6-3-1 in their last 10. Filip Forsberg returned from an injury two games ago and promptly delivered a goal and an assist against Columbus, while Calle Jarnkork might have lost some ice time when Forsberg returned but he has played hard regardless with four points in his last five games.

The Predators’ rock all season long has been their captain and points leader Roman Josi, who has four points in his last four games and will surely be included in the Norris Trophy discussions at the end of the season. The Blue Jackets have one win in their last 12 games and are allowing an average of 3.75 goals against over that span.

The Washington Capitals were able to snap their two-game losing streak on Monday night in a 6-3 win over the New York Rangers. Of course, the big storyline was Tom Wilson and his cheap shot on Pavel Buchnevich, which then led to an attack on Artemi Panarin that has no place in the game of hockey. Washington should certainly have an edge in this one as they go up against New York without their best player and nothing to play for the rest of the season.

The Rangers suffered their third straight loss on Monday night as their lack of physicality was exposed once again. They have now been outscored by a combined 13-3 in their last three games which can really deflate a team that is lacking motivation anyway. Not only will New York be without their point leader in Panarin on Wednesday night, but they will also be without two of their best defensemen in Jacob Trouba and Ryan Lindgren. Washington is the better team and has much more to play for and should have no trouble extending their three-game road winning streak in this one.

Be sure to also check out our full-game preview for Washington Capitals vs. New York Rangers.

Over their last six games, the St. Louis Blues have been the best team in hockey but still have not clinched a playoff spot in the West Division. On Monday night they beat the Anaheim Ducks 3-1, outshooting them 32-20, and will face them one last time on Wednesday to close out the season series which the Blues have won five of seven. St. Louis is 5-0-1 in their last six with a 4.00 goals for average and a powerplay at 46.2 percent over that span. David Perron capped off his impressive season by registering his 50th point and he now has eight in his last five games.

Ryan O’Reilly is showing signs of his Con Smythe Trophy run from two years ago with seven points in his last five games. Unlike the Blues, the Ducks have had the second-worst record in their last nine games losing seven of them. Over that span, they have allowed an average of 3.44 goals against and have registered an average of 25.7 shots per game. Goaltender John Gibson is 1-4 in his last five with a .897 save percentage and 3.03 GAA.

Be sure to also check out our full-game preview for Anaheim Ducks vs. St. Louis Blues. 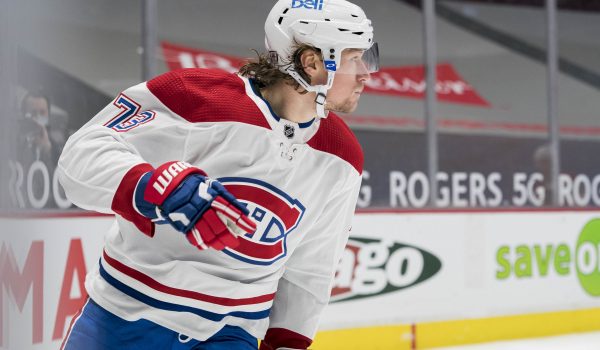 We have only a one-game slate for Wednesday’s NHL playoff slate, so we will be…
View Article