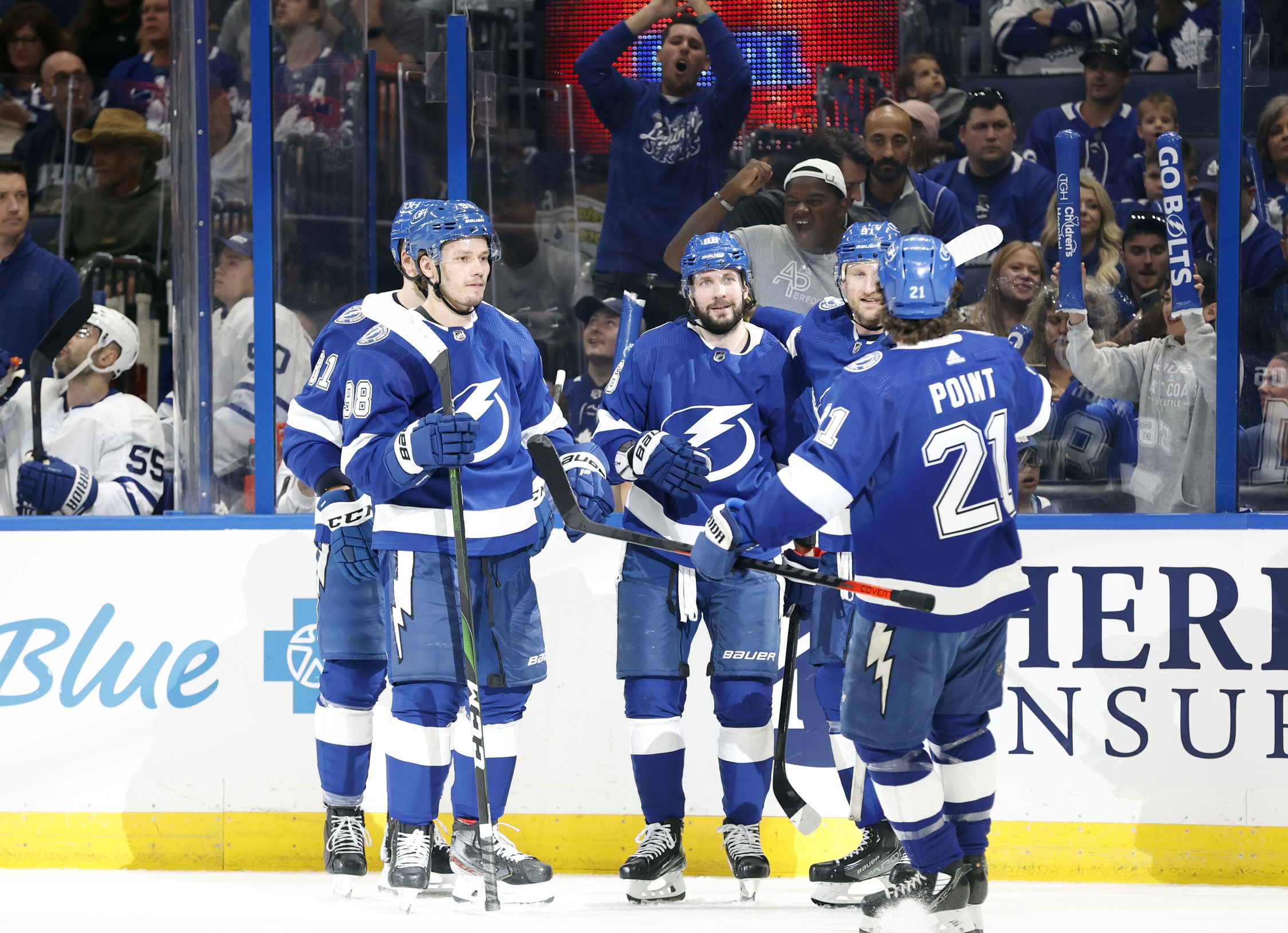 There are only 5 games tonight in the NHL, but we’re looking to parlay 3 of the games into a bet with a payout of +982 odds. But before we dive in, be sure to check out all of our picks and previews for every game tonight.

Both of these teams are on a 2-game losing streak. However, with the Washington Capitals almost guaranteed to be a wild-card team, the Tampa Bay Lightning are the only team in this matchup still fighting for something; home-ice advantage. The Lightning now have a game in hand on both the Toronto Maple Leafs and the Boston Bruins, essentially meaning this is a must-win for them if they want to have a chance at a better playoff seed. Expect a huge bounce-back game for the Bolts. They had a terrible defensive game against the Leafs on Monday and as the two-time Stanley Cup champions, they’re a team that demands better. The Lightning are not the kind of team to lose 3 games in a row at this point in the season. Expect Tampa to get off to an early lead, as they desperately need a get-right game. The Capitals have scored only 2 goals in their last 2 games. Take Tampa on the puck line.

The Detroit Red Wings will be playing in the tail-end of a back-to-back tonight, which bodes well for Winnipeg Jets bettors. The Jets are 9 points out of a playoff spot. They aren’t in an ideal situation, but that just means every game down the stretch becomes even more important. They still have a chance to make the cut, while slim, they’ll need to capitalize in these games against non-playoff teams. The last time these teams met, the Jets defeated the Wings 3-0. They’ll be looking for a repeat performance in a must-win game. The Red Wings are allowing the most goals per game in the league with 3.86. Against the Jets, who have a lethal offense, expect them to win tonight.

The Calgary Flames are inching closer to securing the 1st seed in the Pacific Division. With 2 games in hand, they’re 4 points ahead of the next closest team. A win tonight will improve their chances significantly. They’ll be playing the Anaheim Ducks, who have been awful, winning just 1 of their last 13 games. They have seriously fallen off and it’s hard to imagine them being competitive against the Flames. The Ducks struggle to produce much offense, and the Flames allow the 2nd-fewest goals per game. On top of that, Calgary is scoring the 7th-most goals per game and producing the 2nd-most shots per game. Take the Flames on the puck line.