What Chris Sale's surgery means for him and the Red Sox 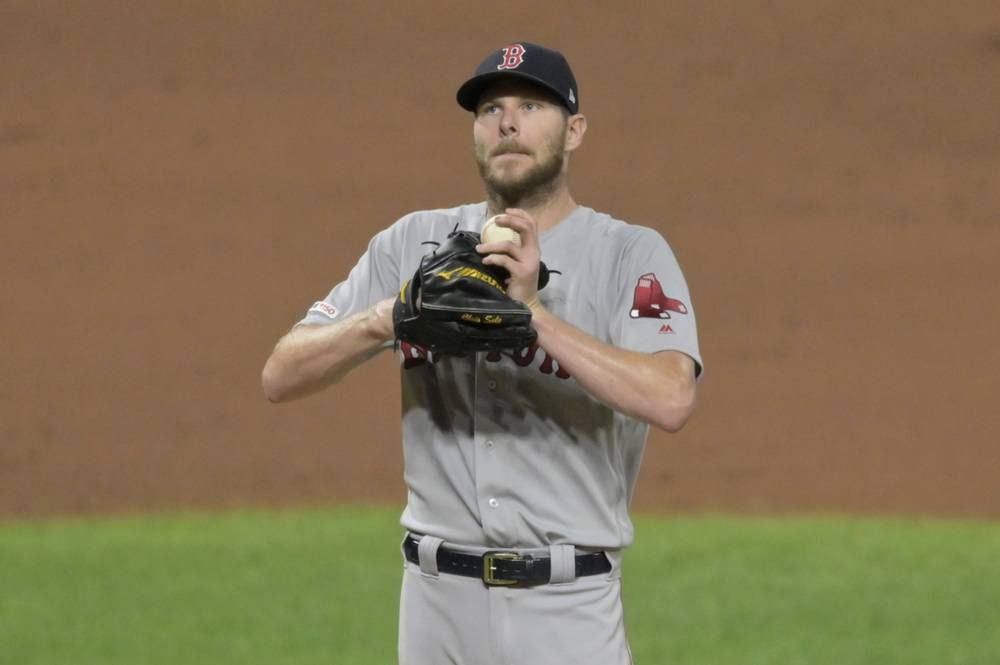 Chris Sale is going to miss a whole lot more than the start of the regular season (whenever that may take place).

To the surprise of pretty much no one, Red Sox ace Chris Sale to set to go under the knife. The team announced earlier this week that the starting pitcher will undergo Tommy John Surgery.

There’s a whole lot of uncertainty surround the status of the 2020 season (which we’ll certainly touch on later), but we absolutely know one thing: Sale won’t be on the mound at any point during the campaign. Tommy John Surgery generally keeps pitchers off the mound for at least 12 months, and it’s unlikely that Sale will even be ready for the start of the 2021 season.

This is a major decision for both the pitcher and the organization, and it’s a decision that will have both short-term and long-term implications. We explored the consequences for both sides below.

For anyone who’s been following Sale, this surgery feels like it’s been a long time coming. He had a pair of trips to the disabled list during the 2018 season, and he didn’t exceed 5.1 innings pitched during any of his playoff starts.

It got worse in 2019. After inking a massive five-year, $145MM extension (a commitment that will be especially relevant during the second half of this article), Sale was limited to only 25 starts and 147.1 innings pitched – his lowest totals since he became a starter in 2012. It was determined in August that Sale wouldn’t need Tommy John Surgery, but the pitcher didn’t make another appearance that season.

During Spring Training, Sale got a late start thanks to a bout with pneumonia, and he was subsequently sidelined with elbow pain. That ended up leading to the TJS decision.

While Sale’s 2019 ERA (4.40) and W/L record (6-11) were clearly worrisome, many of Sale’s other stats proved that he was still a top-line pitcher. In other words, the pitcher wouldn’t have undergone this surgery if it wasn’t absolutely necessary.

The next time we’ll see Sale, he’ll be a 32-year-old starting pitcher who’s trying to salvage the second-half of his career. Considering Sale’s track-record, career stats, and accolades, that aren’t many comparables when analyzing his future outlook.

Perhaps the best comparison is Tim Hudson, who had Tommy John Surgery when he was 32. The veteran made an All-Star Game during his first full season back, and he continued to regress naturally through the remainder of his career. Adam Wainwright underwent surgery during his age-29 season, and he also bounced back with a pair of All Star appearances.

While this comparison is more of a stretch, we saw John Smoltz completely reinvent himself following his TJS, putting together one of the best three-year stretches for a reliever. He eventually returned to the rotation and managed to make a pair of All-Star games.

Sale has been among the game’s best starting pitchers for almost a decade. While the lefty will have to miss a pair of crucial seasons during his prime (which we’ll discuss below), he should return to top form once he recovers from his injury. This will be huge for a Red Sox team that seem content to temporarily retool during their ace’s absence.

The Red Sox have to be hoping for the optimistic outlook, which we explored above. The worse case sees Sale battling elbow and arm injuries through the rest of his career, making his expensive extension a huge burden on the organization.

While GM Chaim Bloom only joined the Red Sox this offseason, he’s still naturally received questions about why it took the organization so long to come to this decision.

“Based on everything that went on last summer, the symptoms, the imaging, it seemed very reasonable to me to take that time off and try to rest, strengthen everything and hope for a successful path forward,” Bloom said (via Jason Mastrodonato of the Boston Herald). “Obviously up until (he felt pain) in early March, there was every indication that he was doing great.

“It wasn’t really a consideration (last fall). I thought coming in that the decision made last summer was reasonable. Obviously it’s not perfect, we don’t have a crystal ball with these things. The surgery, even though the success rate is really high with the surgeries, it’s not something that should be taken lightly. It’s not only a significant downtime, but with any surgery, it’s a risk. It’s not something you should jump into unless you really feel there isn’t a better option.”

Hindsight is 20/20, but all the Red Sox can do now is look towards the future. Fortunately, there may be a minor silver lining when all is said and done. With all of the uncertainty surrounding the 2020 season, the Red Sox could be buying some time by making this decision now. Of course, we’ll like see baseball return this year, and the organization could have bought more time if they made this decision back in August.

When baseball does inevitably return, there’s another benefit for the Red Sox: they can start to focus on the future. The team is already eyeing a major retooling (or, gulp, rebuild), and no Sale means another opportunity to evaluate their organizational pitchers. Plus, ownership won’t accidentally confuse themselves for a contender.

Obviously, Tommy John Surgery is always a last resort, and both the Red Sox and Chris Sale would have avoided this course if possible. While the next year-plus in Boston will be rough, there’s at least some light at the end of the tunnel.