HomeAnalysisMLB AnalysisWhat the Sox Should Do Next: The Contracts + The "Assets"

What the Sox Should Do Next: The Contracts + The "Assets" 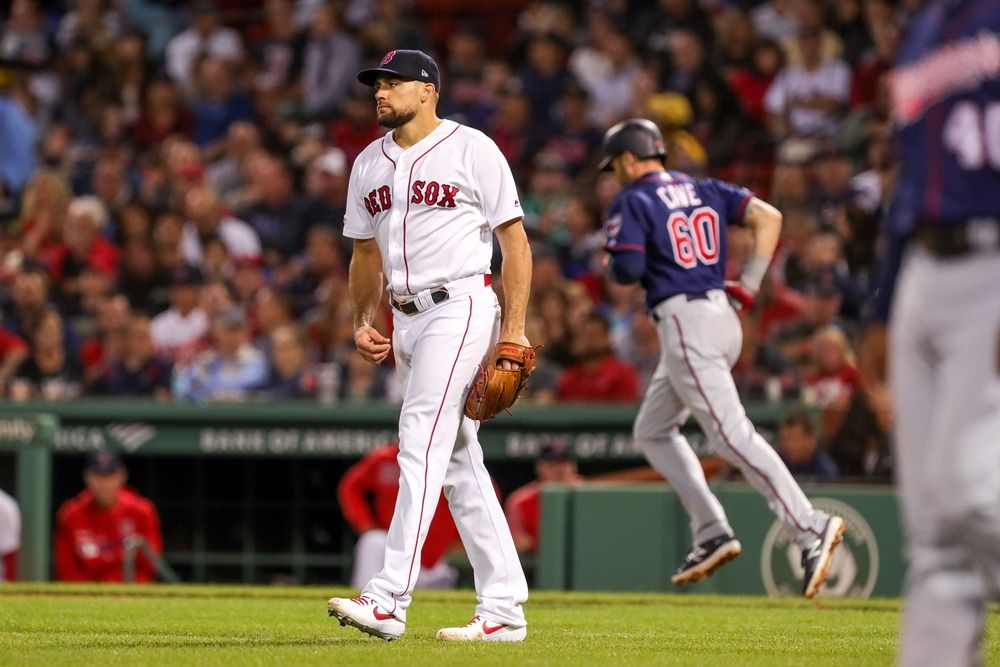 Earlier this week, we reacted to the Mookie Betts blockbuster by focusing on what the Red Sox should do next. Ultimately, we opined that the organization should retain the following keepers:

Yep, that’s it. Those are the only two transcendent players who could theoretically be on the next iteration of a championship squad.

We also focused on a trio of players (OF Andrew Benintendi, SP Eduardo Rodriguez, INF Michael Chavis) who could be considered keepers… but, as you’re about to learn, these players might be better used as trade chips.

There seems to be a perception that the Red Sox traded Mookie Betts because they couldn’t afford his impending extension. That’s really not the case (rather, they traded Mookie to duck the tax, avoid the risk of him walking for nothing, and because there was a major discrepancy in perceived value).

In reality, the Red Sox books are a bit cleaner than you may think. After this season, Jackie Bradley Jr. will hit free agency, free agent whiff Rusney Castillo (who doesn’t count towards the CBT but is still being paid) will be gone, and there’s a good chance that J.D. Martinez will drop his option and become a free agent.

Ultimately, that leaves the squad with only a pair of egregious contracts:

(I would have included Dustin Pedroia, but it’s only one more season until he’s an expiring deal. The Sox presumably aren’t competing in the next two year, so it’s not the worst thing in the world to just eat the contract.)

Let’s start with Eovaldi, who earned a lucrative contract after one heroic World Series appearance (which came in a loss, mind you). The 30-year-old still has three years remaining at $17M per season, and his first year on the extension saw him compile a 5.99 ERA in 67.2 innings. Eovaldi has never been that bad during his career, but he’s generally floated in the 4.00-4.50 ERA range. That certainly doesn’t warrant his current contract.

Fortunately, considering the presence of that trio of players we mentioned above, the Sox could find a taker for the embattled starting pitcher. Ultimately, a trade would be a mini version of the Mookie trade, where the Dodgers were willing to eat some of David Price’s contract in order to complete the deal for the former MVP.

In this scenario, the Red Sox would (for instance) attached Benintendi to Eovaldi, perhaps get a mid-range prospect in return, and get out of half of the starter’s remaining money.

Meanwhile, considering the Sox won a World Series with Sale as their ace, you could never criticize their trade. However, you should question the lucrative extension the organization gave him; as the 31-year-old still has five years remaining starting at least $27.5MM per year. While Sale certainly didn’t perform up to his standards in 2019, many of his numbers (including his FIP) suggest that he ran into a bit of bad luck.

While an elbow injury is certainly worrisome, that’d also greatly diminish his trade prospects. In other words, even if the Red Sox were willing to include someone like Benintendi or Chavis with Sale, would a team really want to inherit the starter’s contract?

Instead, the Red Sox should keep Sale for at least one more season in an attempt to rebuild his trade value. The best case scenario sees Sale returning to his former self, and the Sox have an ace (albeit, an aging ace) already on the roster.

Eovaldi and (probably) Sale are negative assets, while Benintendi, Rodriguez, and Chavis are plus assets. That leaves a number of neutral assets remaining on the Sox roster. If the Red Sox can find takers for any of the following players, they should bite without thinking twice:

So there you have it. In an idea world, the Red Sox were presumably only have two keepers on their roster (you could also consider recent acquisition Alex Verdugo, although he probably falls in the Chavis category).

Fortunately for those who want a competitive Sox squad, I’m not a general manager. In reality, the Red Sox will roll with their current squad for the entirety of the 2020 campaign, although you can bet that roster won’t be enough for a playoff appearance.