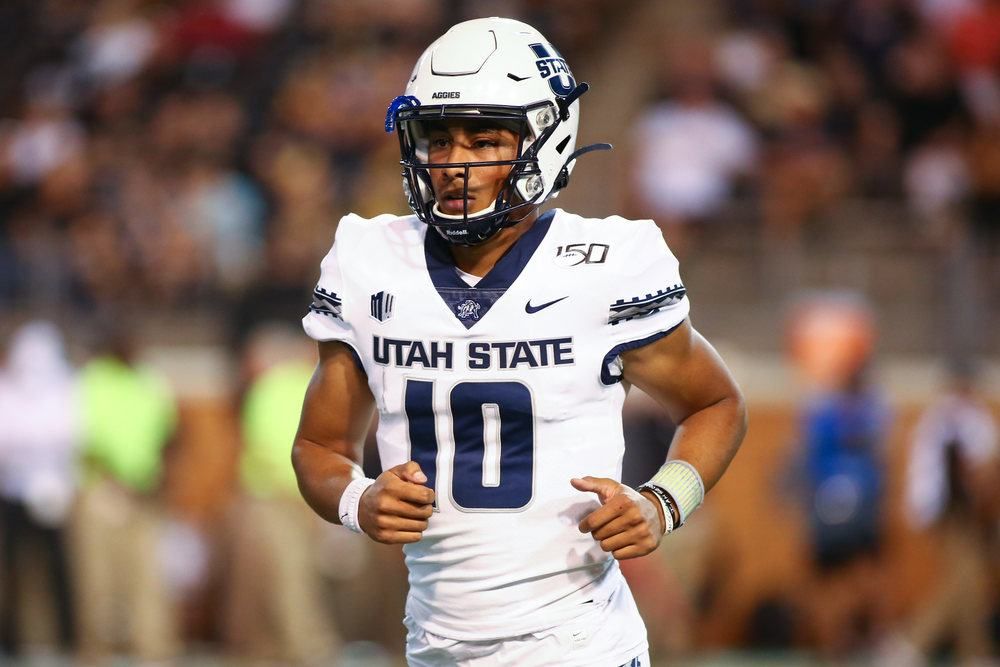 Since graduating from Davidson (The College That Stephen Curry Built), I have been writing about sports--just about any and all you can think of!--and coaching tennis in Atlanta, Ga. Beyond the four major sports, I am an avid tennis fan and cover the ATP Tour on a daily basis. If I'm not busy writing, you can generally find me on a tennis court or traveling the world wherever a sporting event takes me.
@Dimonator133
Updated: 19:37 PM ET April 27, 2020

We knew the 2020 NFL Draft was going to get crazy. After all, because of the ongoing coronavirus crisis it was being done remotely from homes all over the country.

What could possibly go wrong?

Well…from a technological standpoint, actually nothing went particularly haywire. But depending on which expert or what fanbase you talk to, a whole lot of things went wrong for various NFL teams. And the general consensus is that among those teams are the Green Bay Packers and Philadelphia Eagles.

Green Bay quarterback Aaron Rodgers mentioned prior to last week’s festivities that it would be nice if his team finally drafted some offensive skill-position help for him with its first-round pick.

Oh, the Packers drafted a skill-position player alright—just not the position anyone expected.

Instead of taking a receiver or running back or tight end, the Pack went with none other than Utah State quarterback Jordan Love. Yes, a quarterback. It’s true that Green Bay similarly picked Rodgers late in round one of the 2005 NFL even though Brett Favre was still its starter, and that worked out pretty darn well for the franchise. That being said, these Packers are in win-now mode and Rodgers is showing no significant signs of slowing down. They went 13-3 this past season, with their veteran QB throwing 26 touchdown passes compared to only four interceptions.

Nonetheless, a pick with an eye toward the future as opposed to the present was made last Thursday night.

“We looked at it like we really do every year,” Packers general manager Brian Gutekunst told Sports Illustrated’s MMQB. “We evaluate all the players and certainly quarterback is of the highest priority for an NFL franchise. We evaluate those guys very closely. And you set your boards. Again, you don’t know what’ll happen. But…in my time in Green Bay we’ve never been in a spot where it was like, ‘Hey, we have to go get a quarterback this year.’ This was no different. Long story short, eventually Love was the top guy left, and the gap was widening. As those players got picked, it was kind of like, with the way our board was, there really wasn’t anyone else at that level that we felt comfortable taking.”

The Eagles probably even more comfortable with its selection of Hurts. It took place in the second round of the NFL Draft as opposed to the first, their starting quarterback (Carson Wentz) is even more injury prone than Rodgers, and—unlike Love—Hurts can be utilized immediately in situations that do not warrant him lining up under center.

Said Mike Garafolo of NFL Network, “Talking to one Eagles source, they said ‘This guy might be able to contribute as a straight running back. That’s how good we think he is. That’s what we think of his skillset.’ So it’s going to be really interesting to watch how they utilize Hurts.”

“It’s something we are going to explore,” head coach Doug Pederson said, referencing that same thing. “First and foremost, Jalen Hurts is a good quarterback, he was drafted as a quarterback and he is a quarterback first. But he has a unique skillset. He is a great runner.”

Only time (and perhaps a lot of it!) will tell how these picks work out. Right now, both look curious—the Love one to a greater extent than the Hurts one.