Who Will Earn The NBA West's 8th Seed? 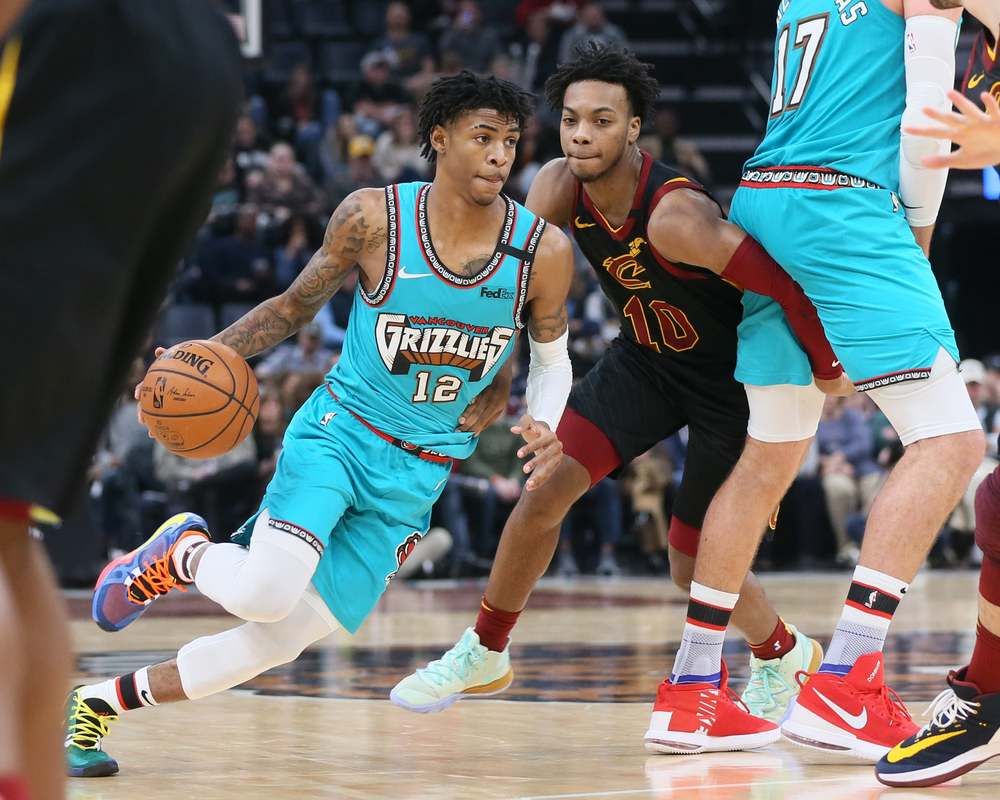 Ja Morant is a bad, bad man. The rookie continues to dazzle, and he earned the respect of LeBron James (as well as the King’s jersey) following a 27-point performance in a win over the Lakers on Saturday. That win improved the Grizzlies record to 29-31 (as of Sunday afternoon), and they hold a 2.5-game lead on the ninth-seeded Pelicans for the 8th playoff seed spot.

In fact, there are six teams within 5.5 games of the Western Conference’s eighth seed, and with more than a month remaining in the regular season, any of those squads could realistically make a run at the spot.

While these teams are effectively competing to be the Lakers’ punching bag in Round 1, we can expect all of these teams to go full-out for the playoff appearance. But which team has the best shot at making the postseason? We’ve ranked their chances below:

The Pelicans are the current “nine seed” in the West, but they should have a golden opportunity to hop into that eight seed. The team has the second-easiest strength of schedule remaining, and they have a pair of games remaining against the Grizzlies.

Furthermore, New Orleans has looked like a definitive playoff team since Zion Williamson returned from injury. The Pelicans are 8-6 in Zion’s 14 games, and they’ve won five of his last seven games. Even if they simply keep up that pace, they’ll be able to overcome the Griz. Can they get that 8th playoff seed spot?

The Grizzlies actually have one of the hardest remaining schedules, but that 2.5-game advantage is pretty significant this late in the season. With Ja Morant and Jaren Jackson continuing to get better (and the team’s apparent motivation from the Andre Iguodala trade), it wouldn’t be shocking to see Memphis hold on to their current standing.

It seems so long ago that the Blazers were in the Western Conference finals, but it was only last season that Portland fell to the Warriors. Of course, their sudden fall from grace is justified: they’ve dealt with their fair share of injuries all season long, and they’re currently playing without Damian Lillard. No other team among these eight-seed contenders can tout a two-guard tandem that’s as strong as Lillard and CJ McCollum. If their leading scorer is healthy down the stretch, you can’t count out Portland.

The Spurs have made 22-straight playoff appearances, but it looks like that stretch could end this season. Still, considering their experience in high-stress situations, would it really shock you if Gregg Popovich once again led this squad to the postseason?

The Kings are a significantly better team when they’re pushing the pace…and when De’Aaron Fox is completely healthy. Unfortunately, it doesn’t seem like the electric point guard will be able to get fully healthy into the offseason.

As much as we like the Devin Booker/Deandre Ayton duo, we’re going to have to see it work on the court before we tout them as playoff contenders. Plus, they’re the team that’s currently farthest out from that last playoff spot. Maybe next year, Suns fans.