Who will the New York Giants take with their first pick in the NFL Draft? 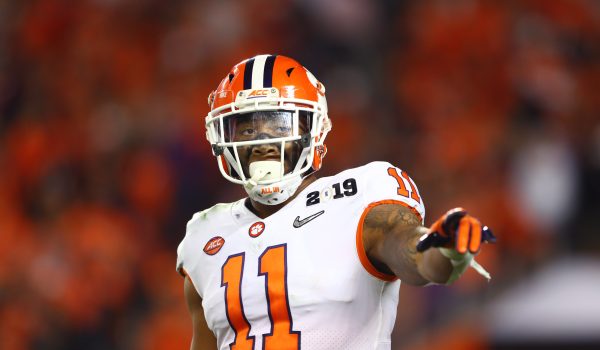 Who will the New York Giants draft with their first pick in the 2020 NFL Draft at No. 4 overall, barring no trades?

There are multiple holes to fill on the Giants team; they need Offensive Line and Linebacker help if they are to compete with the Dallas Cowboys and Philadelphia Eagles in the NFC East. General manager Dave Gettleman has a lot of proven talent to choose from, which includes Offensive Tackles Tristan Wirfs, Andrew Thomas, and Jedrick Wills Jr, but could another player on the other side of the ball be the safest and best choice for the G-men?

Bet on who the Giants will draft first

You can bet on the player that the Giants will draft first at DraftKings, the current betting odds are:

Even though there is plenty of Offensive Lineman talent to help protect the franchise quarterback Daniel Jones, Isaiah Simmons is a once in a lifetime player that will help improve the Giants defense ten-fold.

Simmons is coming off a historic season with the Clemson Tigers; his 6’4″ 240-pound frame did work. He recorded 104 total tackles, eight sacks, eight passes defended, three interceptions, and two forced fumbles in 15 starts for Clemson. Clearly, from the stats listed above, Simmons was everywhere on the field. He is the glue and leader of the defense that the Giants desperately need right now.

“Just kinda like a Swiss Army knife, [You can] move me around because then I can show what I can do. I wouldn’t say I’m tied down to one position.”

Last season Simmons played a total of 299 snaps in the box. Two hundred sixty-two of those were as a slot defender, 132 at the free safety position, 116 on the line, and 13 on the outside corner. He can do it all.

Case in point, Simmons is the safest and smartest choice to make as the fourth pick of the 2020 NFL draft. New York needs a playmaker right now, and that might not come with drafting an Offensive Lineman. The Giants already have Nate Solder and Cameron Fleming on the line, which may leave a potential Offensive Lineman at No.4 on the bench. Even though it may be time to plan for the future, the future needs to start now for the Giants, and Simmons brings that. Without a doubt, Simmons will be a day one starter and slowly show New York why he can be the next leader of the G-men.