HomeAnalysisMLB AnalysisWho will win the MVP award for the 2022 MLB season?

Who will win the MVP award for the 2022 MLB season? 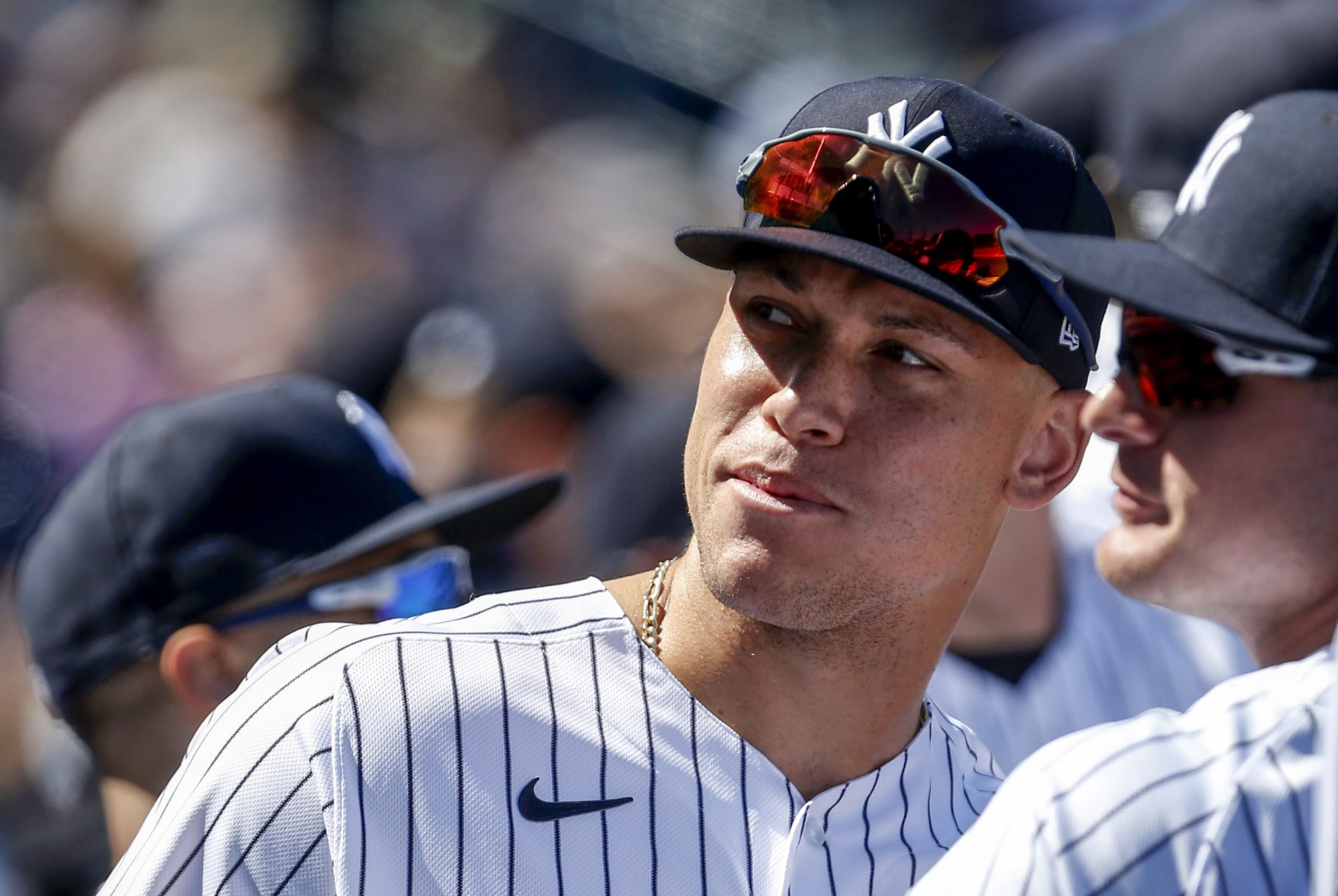 We made it. The 2022 MLB season is right around the corner, and we’re all just glad the lockout is officially in the rearview mirror. You’ve still got time to get in your futures bets, and we’ve got a ton of content to get you primed. Be sure to keep an eye on our MLB news section for all the latest. Today we’ll be taking a look at the MVP betting market.

Last year Shohei Ohtani won the award in the AL, while Bryce Harper took it home in the NL. Let’s start by breaking down the odds first before moving on to a couple of best bets:

In the American League there are 3 clear favorites. Ohtani is +340 to repeat, and he’s followed closely by Mike Trout and Vlad Guerrero Jr., both at +550 at FanDuel. After that there’s a big jump to Rafael Devers at 20/1. Aaron Judge, Wander Franco, Luis Robert, Jose Ramirez, Kyle Tucker and Byron Buxton are all between 22/1-25/1, and everybody else is at 30/1 or greater.

Ohtani won MVP last year and it wasn’t close, he got 100% of the first-place votes! It can be pretty hard to top being an elite hitter and pitcher. The fact that Trout can have the second-lowest odds coming off an injury-plagued year in which he played in only 36 games just shows how good he is. Guerrero was the runner-up last year, so it makes sense that he’s a contender again.

Interestingly, Marcus Semien is all the way up at 65/1 despite the fact that he came in third last year. Let’s take a look at the NL’s odds before getting into our best bets:

Just like the AL has Ohtani, the NL also has a clear MVP favorite. Juan Soto stands alone at +380. The next closest guy is Ronald Acuna Jr. at +900, which is pretty impressive considering he’s coming off an ACL tear. Harper took home the trophy last year, and he’s at +950 to do it again.

New Dodgers teammates Mookie Betts and Freddie Freeman aren’t far behind, they’re both at +1200. To round out the top tier we’ve got Francisco Lindor and, you guessed it, another Dodger. Lindor and Trea Turner are both +1800. Matt Olson is at 24/1, Nolan Arenado is at 27/1, and Christian Yelich and Fernando Tatis Jr. are both 30/1.

Tatis is still considered a legit contender despite the fact that he’s going to miss at least the first couple of months of the season. That’s pretty incredible. Almost as incredible as our best bets…

We’ll start in the American League. Ohtani is the chalky play, but I’m staying away. It’s really hard to repeat, and the fact that he pitches and hits cuts both ways. It can be an asset, but if he’s having an amazing year at the plate but regresses a bit on the mound, it’ll hurt him. In the AL, the play I like the most is Aaron Judge at +2200.

Judge came in fourth last year, and he hit 39 homers despite missing 14 games. Injuries ruined his 2018-2020 campaigns, but he was the MVP runner-up in 2017, the last time he played a full season. There’s nothing the media loves more than a Yankees redemption story. If Judge leads them to an AL East crown, it’ll be a compelling narrative.

In the NL, Christian Yelich looks to have the most value to me at 30/1. Yelich missed 45 games last year and wasn’t his normal self when on the field. 2020 was a weird year with a 60-game season. Let’s not forget that Yelich won the award in 2018 and was the runner-up in 2019. He’s not very far removed from being the best hitter in the National League, and we shouldn’t overreact to the small sample size of the past year.