Why Gonzaga will win the NCAA Tournament Final 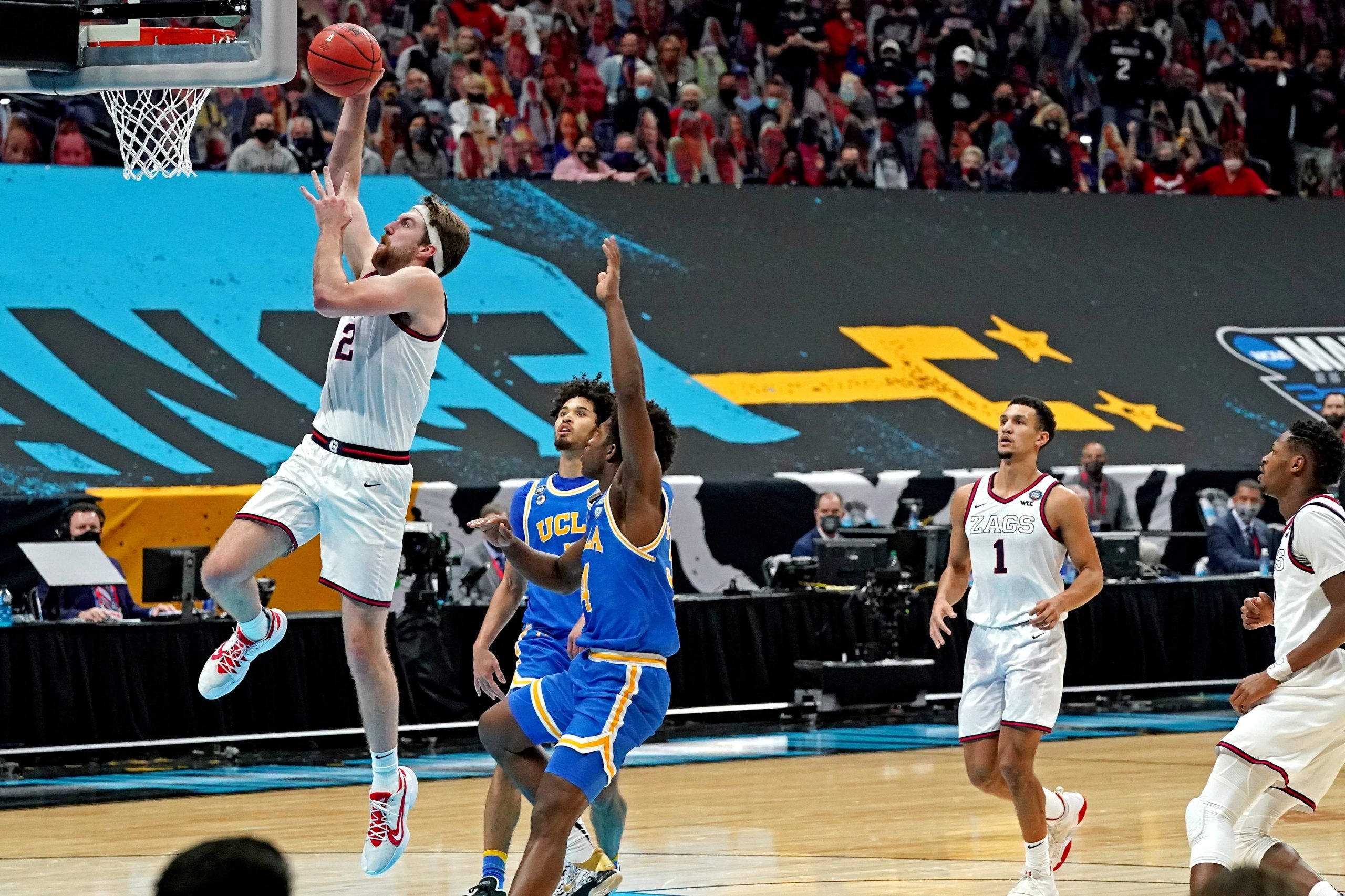 After a major scare from UCLA, Gonzaga has just one opponent left to become the first team to complete an undefeated season since the 1976 Indiana Hoosiers. The opponent is a formidable one, as Baylor is 27-2 and is coming off a decimation of Houston in their Final Four game. Baylor’s offense is particularly scary, as they rank second to Gonzaga in Kenpom’s adjusted offensive efficiency, and lead the country in three-point percentage.

If Gonzaga is going to complete the undefeated season, they are certainly going to earn it. Gonzaga will win the game if they are able to win the battles in these key matchups. We also laid out Baylor’s path to victory, which you can read here.

Drew Timme dominates in the paint

Timme has been a superstar in the NCAA Tournament, averaging 22 points per game and making defenders look silly while doing it. Per Synergy, Timme ranks in the 99th percentile in post-up settings, which is an area that Baylor’s has been susceptible. Baylor ranks in just the 26th percentile in post defense and ranks 308th in field goal percentage defense allowed at the rim. If Timme can dominate this game in the paint, that obviously opens up a lot more opportunities for his teammates to either cut or hit open threes. This key to victory isn’t a rocket science, but it’s a must if Gonzaga is going to be the team that cuts down the nets.

Davion Mitchell is the key to Baylor’s potent offense due to his elite quickness and three-point shooting ability. If you pressure him to take away his three-point shot, he will blow by you. If you give some cushion, he will pull up and hit a three in your face. Even more importantly, Mitchell is making it easy for his teammates, evidenced by his 11 assists against Houston. In order for Gonzaga to win this game, they cannot let Mitchell take over the game. Mitchell is too good of a player to shut down, but if Jalen Suggs can slow him down enough, that should allow Gonzaga’s offense to secure the win. Suggs is Gonzaga’s quickest perimeter defender, and he ranks 66th in the country in steal rate. He’s only a freshman, but clearly the lights aren’t too bright for him. This positional matchup will go a long way to determining the winner of the game.