Will Buck Showalter Ever Manage Again? 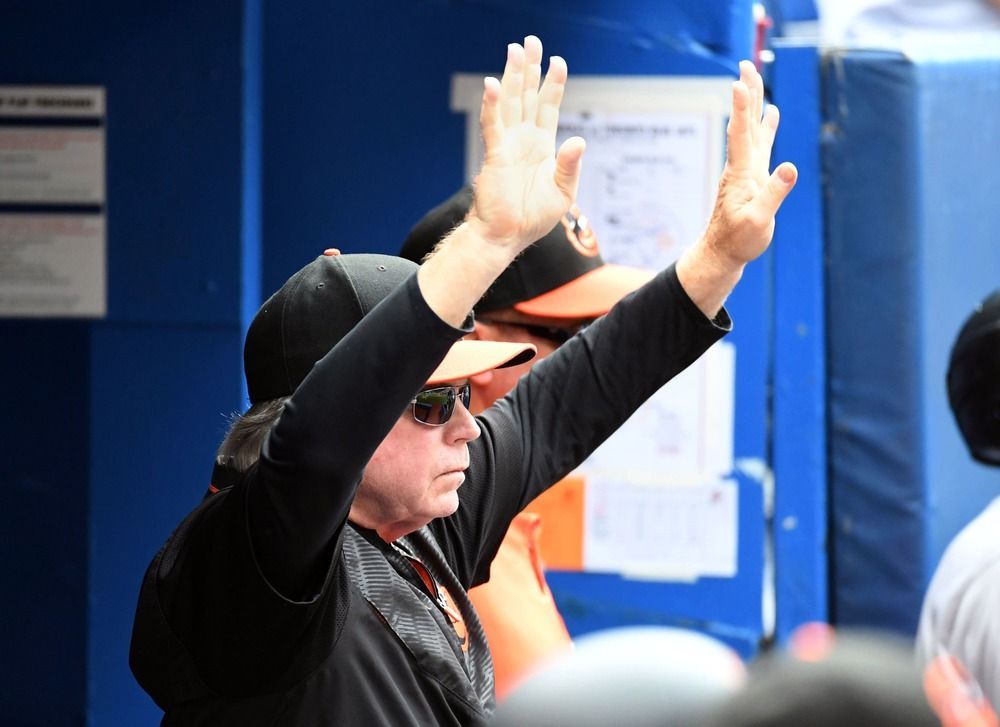 Since the Orioles decided against renewing his contract at the end of the 2018 season, Buck Showalter has not been able to land another managerial post, despite a fair amount of interest in his services. The Astros found themselves with a surprise vacancy after A.J. Hinch’s unceremonious dismissal stemming from the club’s cheating scandal, but Houston opted for another old-school manager, Dusty Baker, after interviewing Showalter.

The term “old-school” carries something of a negative connotation in baseball these days, as every team appears to be trying to embrace analytics and data-driven thinking. But the Astros, who were in need of a well-respected, well-established, and tough but charming manager to handle the controversy that currently surrounds them seemed like a great fit for Showalter (though Baker also checks all of those boxes and was certainly a worthy choice).

Houston’s situation is obviously unique, but it remains to be seen if other clubs will keep considering Showalter, or if they will continue the trend of hiring less experienced managers who are nonetheless more accepting of advanced data.  That’s not to say that Showalter is unwilling to blend new-age thinking with his traditional approach, but that’s the perception surrounding him.

On the other hand, there certainly seems to be something to his managerial style. Showalter, who has long been lauded for his in-game strategy, has earned three Manager of the Year nods in his career, one each with the Yankees (1994), Rangers (2004), and Orioles (2014), and all three of those teams were struggling prior to his joining them. He also skippered the expansion Diamondbacks in 1998, and he guided them to a 100-win campaign in their second season of existence.

In 2012, he took Baltimore to its first playoff appearance since the 1997 campaign, and that team, largely comprised of cast-offs, also-rans, and never-weres, significantly outperformed its Pythagorean expectations. The O’s never had a true frontline starter — or even much rotation stability — during Showalter’s tenure, but he still led them to the best overall record in baseball from 2012-16, a run that included three trips to the postseason and an AL East title. His 669-684 record with Baltimore was dragged down by the club’s disastrous 115-loss 2018 showing, but that doesn’t diminish his accomplishments over his 8+ years at the helm.

And he clearly seems interested in continuing his managerial career and chasing down that elusive World Series ring. There was some skepticism that would be the case after his stint with the Orioles ended, as he had previously expressed interest in an executive position. Plus, there would be no shame in calling it quits altogether and simply enjoying the quiet life in Texas.

The real question, though, is whether he will get a chance to manage again. In addition to the Astros, he has taken interviews with the Angels and Phillies, but his past relationships with front offices, which have not been without their bumps, may be just as much of an obstacle as his perceived unwillingness to embrace the modern game.

But those concerns generally pale in comparison to his track record of leading bad teams out of the doldrums. He’ll probably get another look in next offseason’s managerial cycle, but the longer he’s out of the game, the less likely it is he gets to take charge of his fifth team. Of course, many thought Baker — who is seven years older than Showalter — wouldn’t get another shot, but the right confluence of circumstances brought him to Houston. Perhaps Showalter will have that type of luck come November.