HomeAnalysisMLB AnalysisWill coronavirus stoppage let the Astros off the hook?

Will coronavirus stoppage let the Astros off the hook? For obvious reasons, the Astros are the most hated team in sports. Their sign-stealing scheme propelled them to the 2017 World Series title and nothing they have done since has helped make any amends for those transgressions. Players have not taken enough responsibility, apologies have either been nonexistent or not heartfelt, and Major League Baseball’s punishment fell short of what most outsiders were hoping to see.

Unsurprisingly, Houston has been taking plenty of heat this offseason. Boos serenaded their spring training games, signs (no, not those kinds of signs) were confiscated from fans, players got plunked by opposing pitchers, and Twitter accounts devoted solely to Astros-bashing popped up on the internet. Everything pointed to rough start to the regular season for the defending American League champions, and there was no reason to think sailing would any smoother for them throughout the 2020 campaign.

Now, of course, the coronavirus has put the regular season on hold. Opening Day has already been pushed back from this week to May 18. That is almost two months of baseball gone in a flash; two months of taking the Astros to task evaporated.

How will they be treated whenever baseball does resume? Not well, obviously. But time cures just about everything (let’s hope it cures the coronavirus!), and more people will forget about Houston’s scandal at least four months after it broke as opposed to just two months. Moreover, fans will be so starved for baseball—and sports in general—whenever this passes that they will simply be thrilled to find themselves at a ballpark. They will be out for fun, not out for blood. That isn’t to say that the Astros are off the hook. They will still get grilled by fans and will still lead the league it hit batters, but it’s hard to see the extent of it being quite the same as it would have been under normal circumstances.

As for what we can expect from the team in terms of success, this sudden pause on the season also didn’t hurt. Right-hander Justin Verlander was unlikely to be ready for Opening Day due to a minor back issue. Obviously the two-time Cy Young Award winner (including in 2019) will now be good to go whenever baseball begins (before June 1 is +275, before July 1 is -110, and before Aug. 1 is -225). Designated hitter Yordan Alvarez, the reigning AL Rookie of the Year, now has more than enough time to recover from a knee injury. And even though spring training was abruptly halted, new manager Dusty Baker has more time to get acclimated. Disgraced former boss A.J. Hinch was fired in mid-January and Baker was hired on Jan. 29. That is not exactly well in advance of what would have been Opening Day.

It is also worth noting, however, that a shorter season levels the playing field. Who knows what the format for the 2020 could be if more and more weeks get scrapped? Even the playoffs could be impacted. Whatever the case, a smaller sample size of games brings more teams into the mix. When 182 games are on the schedule, the best clubs will almost always win their respective divisions. Reduce that number to, say, 100 and things become more of a crapshoot. That helps mediocre teams more than it does the Astros, who are expected to be good. But they are no longer the absolute best—not after Gerrit Cole bolted for the New York Yankees. New York is an overwhelming +150 favorite to win the American League, followed by Houston at +400.

Uncertainty is the only uncertainty right now, and all in all that may not be a bad thing for the Astros. 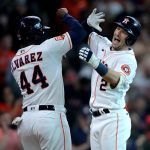 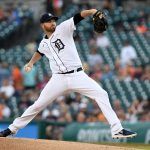