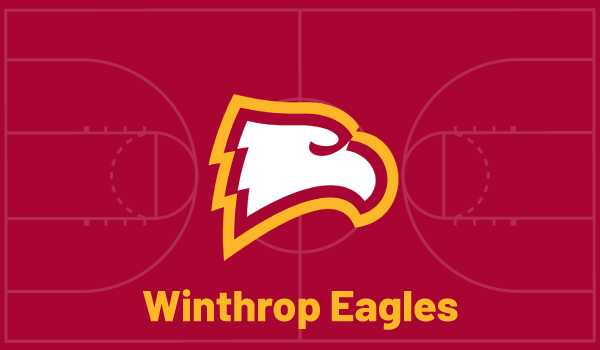 March Madness is here. It’s going to be a lot different in 2021 with the entire NCAA Tournament in one location, but having been cancelled in 2020 the players are going to be even more enthused than usual and the bettors will be especially eager. With the regular season wining down, it’s time to start looking ahead at the teams that can expect to be serious National Championship contenders. We’ll be breaking them down one by one, and our series continues with the Winthrop Eagles.

Biggest weakness: Turnovers and no go-to guy on offense

The Eagles are 23-1. No, the Big South Conference is nothing special; but 23-1 is 23-1, Winthrop team that is probably better than they are given credit for. This squad tore through its conference tournament, as well, winning by an average of 25.6 points per game. The Eagles earned a No. 12 seed, and although they are facing an opponent (Villanova) that was once in line for something much better than a No. 5 seed this should still be a winnable first-round game. After all, the Wildcats are without veteran point guard Collin Gillespie. The Eagles play fast and have a ton of depth; they may try to wear down a depleted ‘Nova squad. Purdue would be a potential second-round opponent.