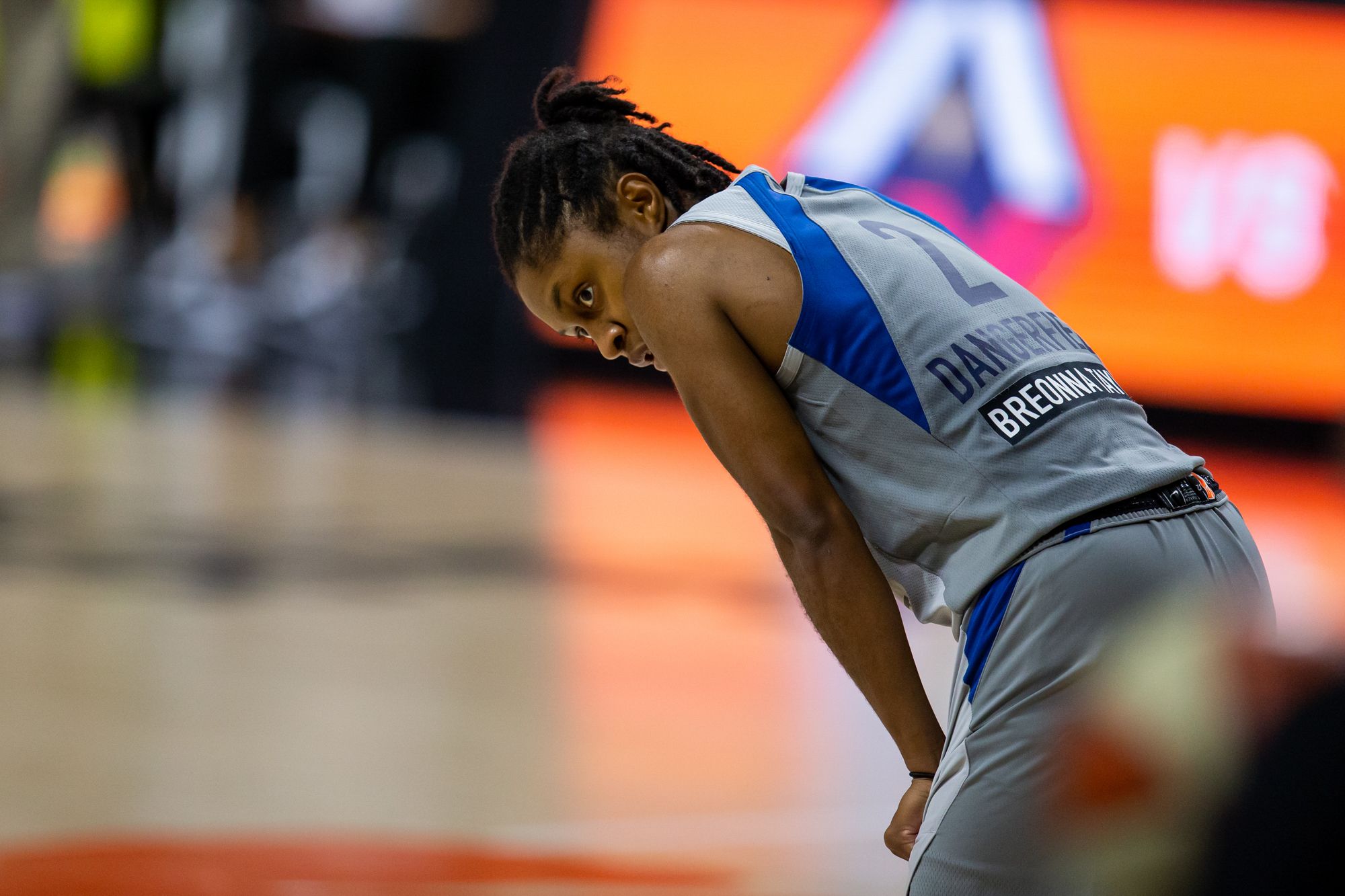 After surviving the first round of WNBA playoffs’ single-elimination games, the Chicago Sky and Phoenix Mercury head out onto the road in hopes to upset their higher-seeded opponent.

Phoenix barely escaped a subpar New York Liberty team on Thursday night and now head to the Pacific Northwest for one of the best WNBA rivalries in the league.

Breanna Stewart has already been ruled out for today’s game, while Diana Taurasi is listed as questionable. As I have said before, Taurasi has missed roughly half the season due to injury so Phoenix is more familiar playing without their star compared to Stewart’s recent injury. The Storm did take the regular season series 2-1, with their last win coming without Stewart as Jewell Loyd dropped 37 points to secure the victory and 4th overall seed. Today’s game should be a battle between Loyd and Mercury guard Skylar Diggins-Smith, but the x-factor will be bench production. Whichever squad can get the most bench production will win this game, with potentially two all-stars sidelined.

While I thought Dallas may provide an early playoff exit for Chicago due to the Sky’s inconsistent play this season, I stand corrected. The Minnesota Lynx are going to be a tougher matchup position by position for the Sky and Chicago will need production from both Kahleah Copper and Diamond DeSheilds in order to win this ballgame.

Simply put, both teams are better than their overall record shows. Minnesota had a rough start to the 2021 season and eventually found their identity after signing point guard Layshia Clarendon, while Chicago’s talented roster has been plagued with injuries and shouldn’t be sitting at a 16-16 record. Needless to say. this game should be a good one with two teams who are pretty even across the majority of the statistical categories. In the two outings between the Lynx and Sky, both teams are shooting roughly 50 percent from the field, over 40 percent from downtown, and averaging 95 or more points per game when they go head-to-head. If the Sky come out and perform at their best, there could be an upset on the horizon.