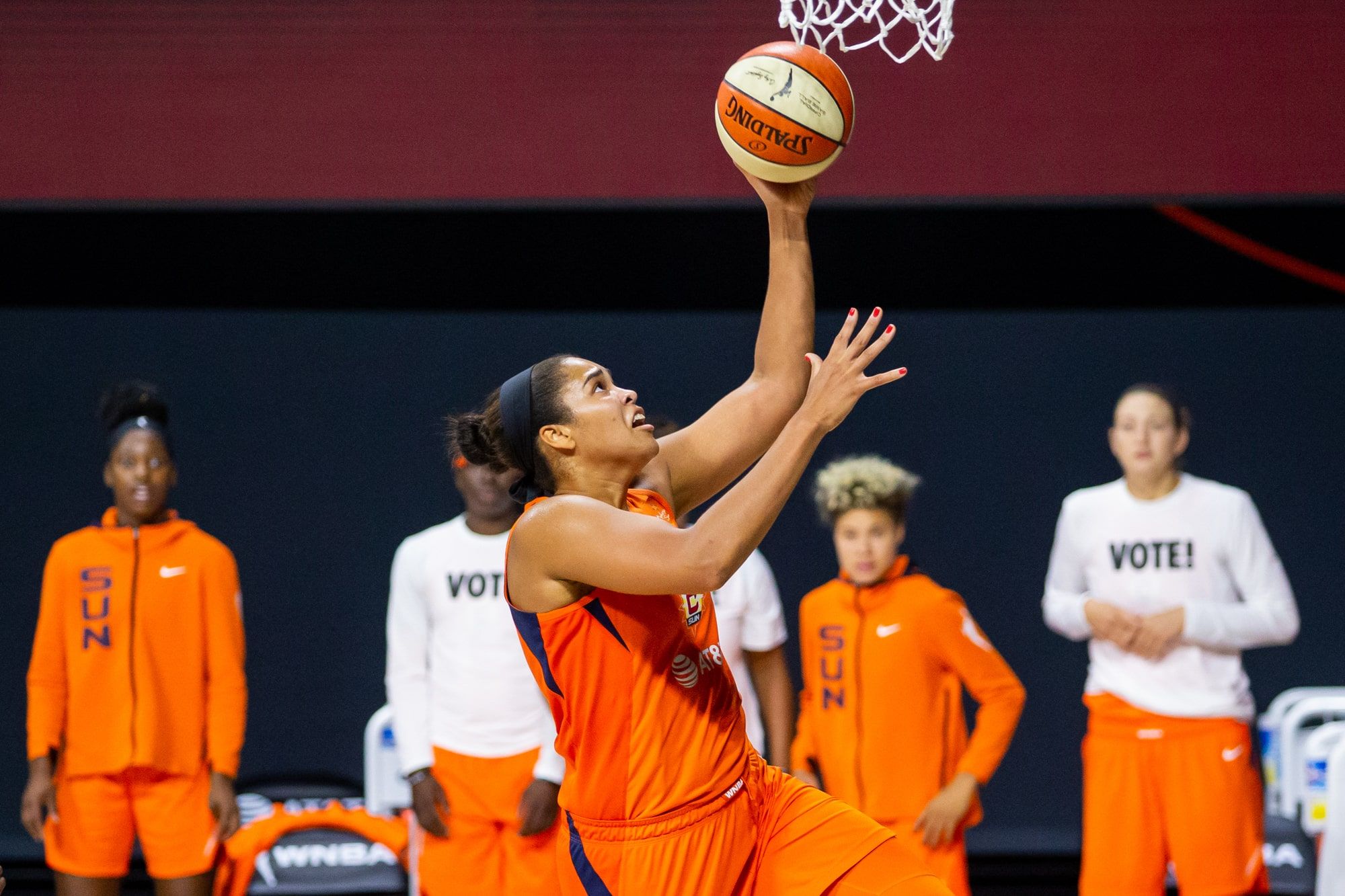 What a showdown we were blessed with on Tuesday night. Sky and Sun saw double OT, while Aces came storming back after allowing 30 points to the Mercury in the first quarter. And to think we get to do this for at least two more games!

WHAT. A. GAME. Game 1 between the Sky and Sun had all basketball fans on the edge of their seats, and anxiety through the roof. Chicago is playing their best basketball at the right time, but I’m not sure fans witnessed the Connecticut team that won every game in the 2nd half of the season. Both teams missed crucial opportunities down the stretch to close out the game, where overtime and double OT would not have been needed.

One big stand out in Tuesday’s game was how poorly Connecticut shot the ball. The Sun finished the game shooting 37.8% from the field, 29.4% from 3-point range, and 71% from the stripe. All three of these categories are well below season averages for Connecticut. However, they out-rebounded the Sky on the offensive glass 17-4. Taking nothing away from the pure dominance of Sky guard Courtney Vandersloot and her absolute control of Tuesday’s game, the X-factor for tonight’s game will be DeWanna Bonner and her ability to help score the ball alongside Jonquel Jones and Brionna Jones. Sun guards Briann January and Jasmine Thomas will be too busy chasing around Vandersloot, Allie Quigley, and Kahleah Copper, to really contribute on the offensive side.

Phoenix dropped Game 1 to Las Vegas by six points on Tuesday night after jumping out to a 30-21 lead after the first quarter. The Aces came back in the 2nd quarter with their own 30-point quarter and never looked back. As predicted, the Aces’ bench dominated, outscoring Mercury’s supporting cast, 34-11 behind 25 points from Kelsey Plum.

The Mercury’s unsettling 29% 3-point field goal percentage certainly did not help their cause Tuesday night, but Skylar Diggins-Smith also only attempted 9 shots. Look for her to get more shots up tonight, but the Aces are also making an appointed effort to contain her. After Shey Peddy and Sophie Cunningham only combined for 5 points off the bench, Phoenix needs to find other avenues to score the ball in order to keep up with the top-rated offense in the league. Phoenix’s total points at 82.5 seems too low for me as the Mercury has hit this mark in eight of their last 10 outings.