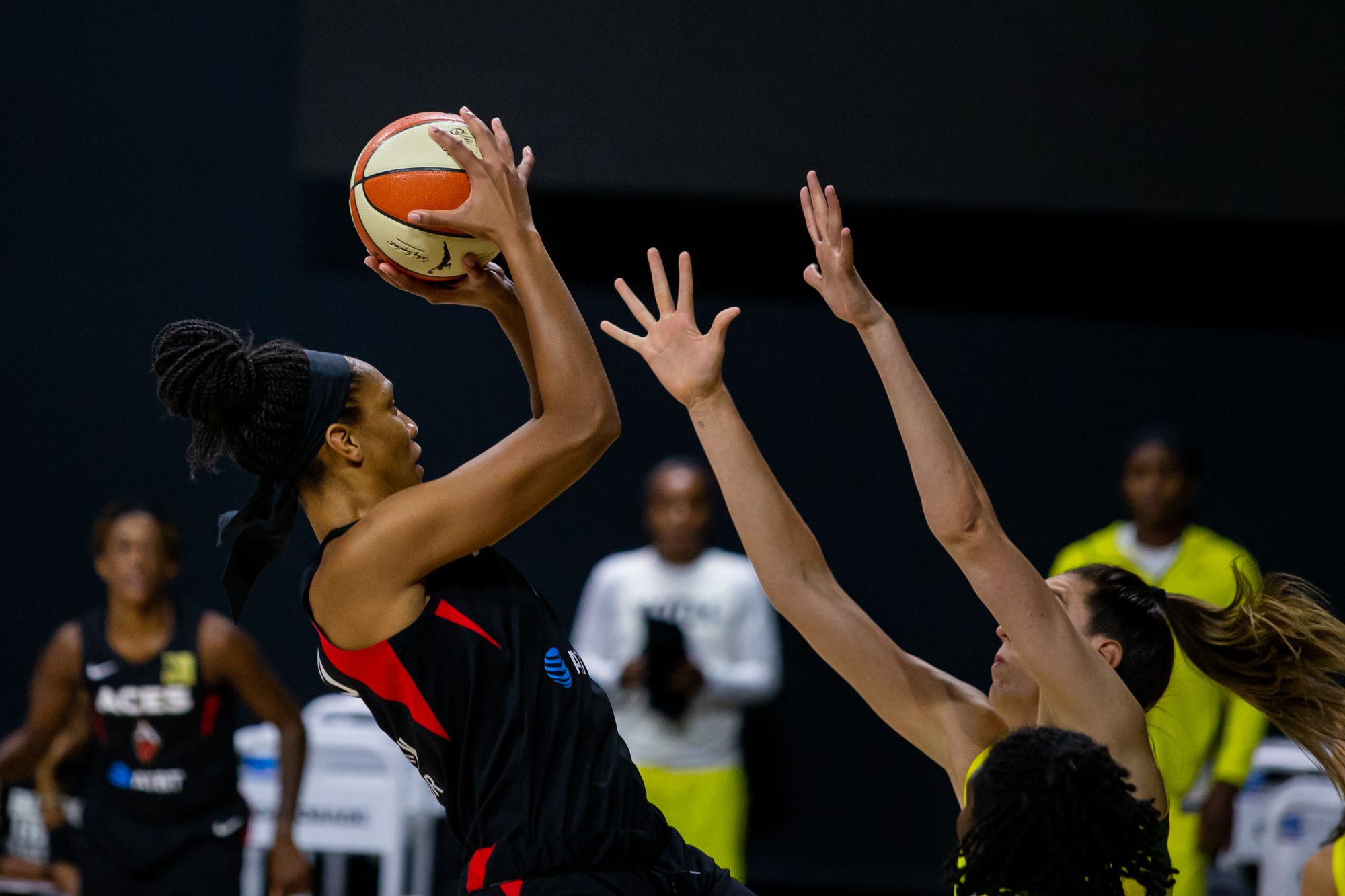 Sunday’s WNBA afternoon action features a rematch from two games on Thursday night. This time Las Vegas will be the away team as they head to the Windy City to face Chicago while Atlanta and Dallas meet for the third and final time.

Las Vegas heads to Chicago for today’s matinee rematch of Thursday’s game out in Vegas. The two teams provided WNBA fans a high-paced game filled with streaky runs. The Aces jumped out to a 17-point lead at the end of the 1st, but Chicago came roaring back in the 2nd half, outscoring the Aces 47-38. The Sky were leading by 2 with less than 5 minutes to go when the Aces went on a 19-10 run to close out the game.

Despite no Liz Cambage and Dearica Hamby, the Aces managed to top Chicago by 7. A’ja Wilson, Riquna Williams, and Kelsey Plum led the Aces, combining for 63 of the 90 total points. Williams also recorded a season-high in shots attempted and went 3-4 from downtown. On the defensive side, Las Vegas limited Chicago’s shooting specialist, Allie Quigley to 6 points and 0-3 from behind the arc.

Post all-star break, Chicago is currently second in points per game (86.3) and opponent’s points per game (85.3). In their last two outings (at Phoenix and Las Vegas), Chicago has allowed 103 and 90 points, respectively. Both of these games were played on the road where Chicago is 10-6 this season compared to 4-8 when playing at home. The Sky are back home for their next four games as they close out the 2021 regular season.

This is the third and final meeting between the Dream and Wings, with the season series tied 1-1. Dallas came away with a 4-point victory on Thursday as the Dream failed to close out another winnable game. The Wings will be without forward Isabelle Harrison for today’s matchup – she played 22 minutes on Thursday, recording a double-double with 11 points and 10 rebounds.

Both teams have been plagued by player injuries and absences throughout the season. The only consistent players for each team have been Courtney Williams for Atlanta and Arike Ogunowale for Dallas. However, it has been shown that at any given time other players can step up and contribute. Dream +6.5 hit on Thursday night, so let’s give it a go again!