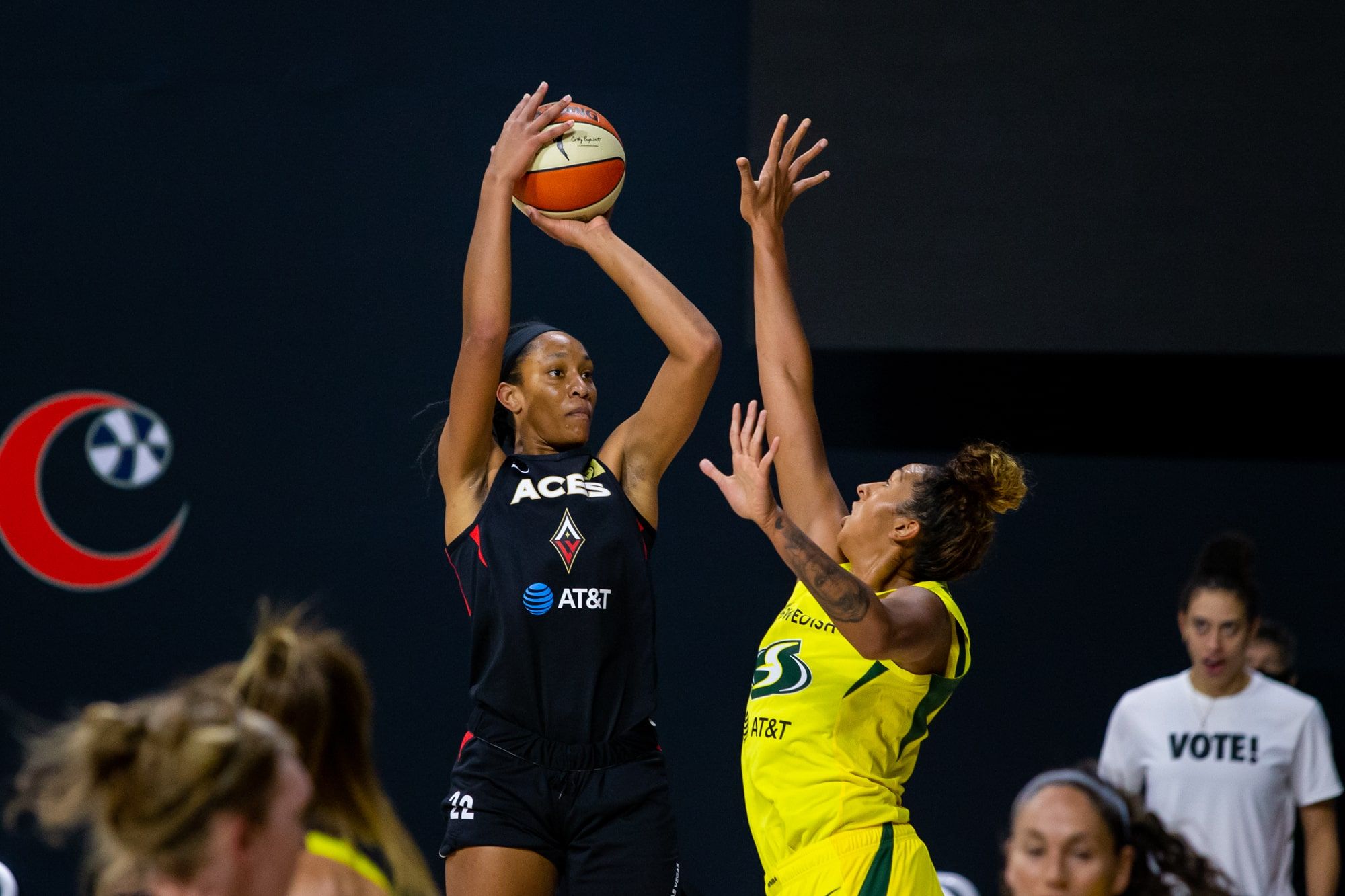 Following a month-long pause for the Olympics, the WNBA is ready to resume the league’s landmark 25th season. Today kicks off the second half of the season with a 6-game slate–all contests feature a clash between Eastern and Western Conference opponents.

Before we dive in to today’s featured best bets, let me tell you a bit about myself. My name is Michelle, or the @BettingBrunette on Twitter, and I am excited to share that I joined the Pickswise team as a WNBA contributor. I will be breaking down my favorite bets on game days throughout the remainder of the season.

It’s going to be a battle of the posts! Aces’ Liz Cambage is expected to play in today’s game despite exiting the Australian Olympic team early, while veteran and MVP candidate Tina Charles is coming off a monster game in her last outing for the Mystics (34 points and 17 rebounds).

These 2 teams have battled once before (on June 5 in Washington), with the Aces coming away with a 4th quarter thriller to claim the win. The Aces had 3 starters score 20 points or more in the victory while Hines-Allen and Atkins combined for 61 of the Mystics’ 93 total points. The Aces lead the league in points per game with more than 90, while both teams allow roughly 80 points per game. Hines-Allen did not play in the Mystics last game due to injury but is expected to play today in Las Vegas. She is the team’s third-leading scorer behind Charles and Atkins. Erica McCall is also set to return today after suffering a knee injury that has kept her sidelined since June 13. I do think Las Vegas will come away with the win, but Washington will put a fight.

While these 2 teams have not yet faced off in the regular season, this is a nice game for the Mercury to ease back into after the month-long break. Phoenix is a team that underperformed in the first half of the season and now with Diana Taurasi back in the lineup with another gold medal under her belt, I look for the Mercury to make a strong push for the title. Brittney Griner also had a fantastic Olympic outing and should be building off that as she enters the second half of the season.

Atlanta heads into today on a 4-game losing streak while leading the WNBA in opponents’ points per game. The Dream have talent on their roster, but it seems as though they are missing key pieces to string it all together. Even with the offensive pressure Tiffany Hayes and Courtney Williams bring for the Dream, and the recent signing of Candice Dupree and Elizabeth Williams in the frontcourt, one thing Phoenix’s starters do well is play defense. 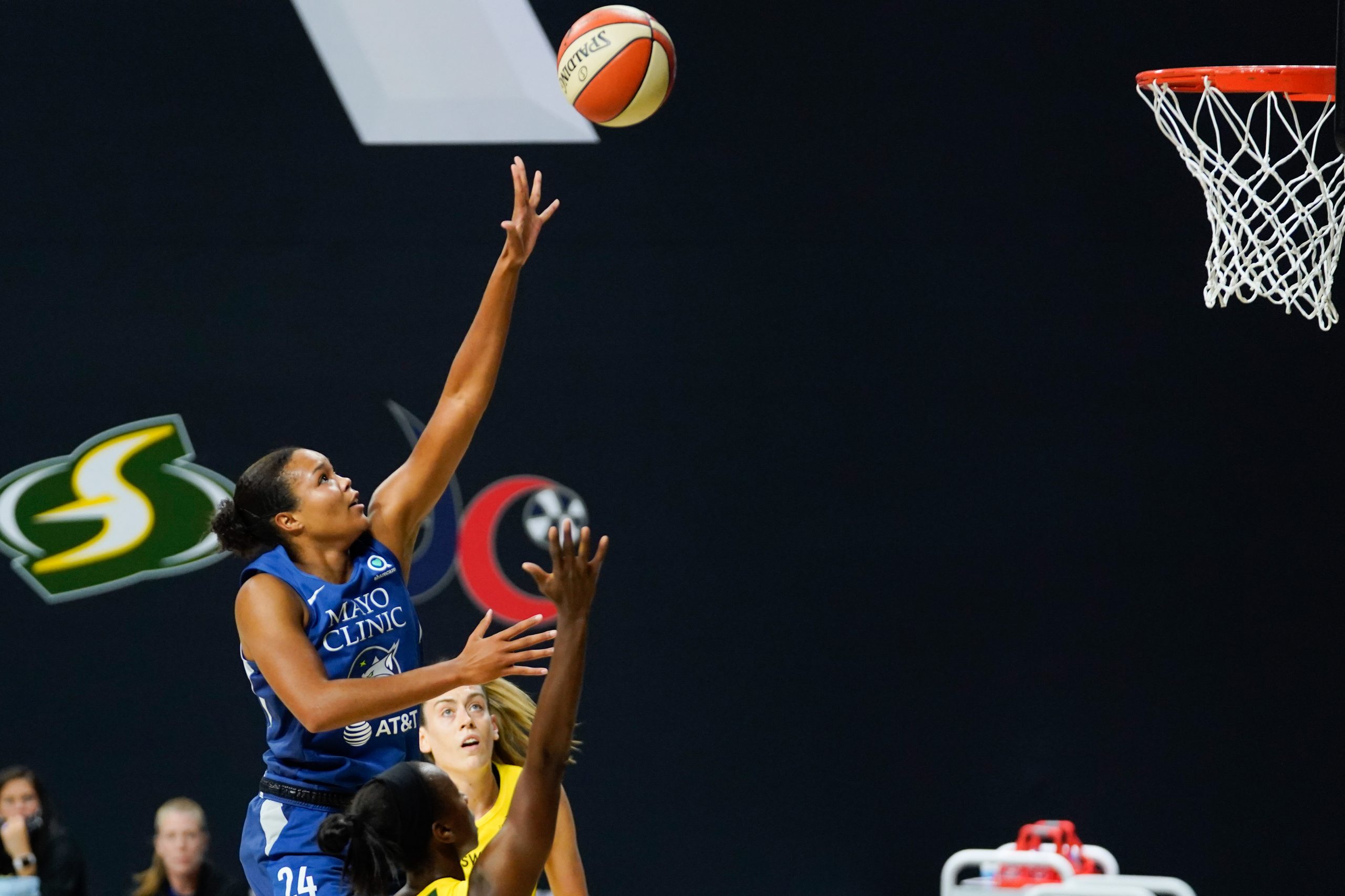 The two third-place teams in their respective conferences look to square off later today as the Lynx seek revenge in a tough road defeat earlier this season on May 18. The Lynx struggled out of the gate dropping their first four games of the season, while New York’s victory over the Lynx put them on a 3-game winning streak and a 3-0 start. Since then, the Lynx have gone 12-3 to finish out the first half of the season, ending on a 7-game winning streak. On the other hand, the Liberty dropped their previous two games by 10 or more.

The Lynx look to capitalize on their first half momentum as some believe they are true contenders for the WNBA title in a tough Western Conference. Their roster brings a wealth of experience and veteran leadership in Sylvia Fowles, Kayla McBride, and Layshia Clarendon–who are also three of their top 4 leading scorers. Lynx’s Aerial Powers is still out with a hamstring injury, but the team will return Natalie Achonwa for today’s showdown against New York.

Since a 5-1 start in their first 6 games, the Liberty went on a 3-game skid to claim one more victory before then dropping 2 more. This team has roughly sat around .500 for latter part of the first half of the season. Sabrina Ionescu did notch her first career triple-double against the Lynx on May 18 but has not had consistent play this season. Look for the Liberty to get out in transition and fire up shots from downtown as they attempt the second most in the league which could be dangerous for the Lynx. Even then, I think Lynx come away with this one.