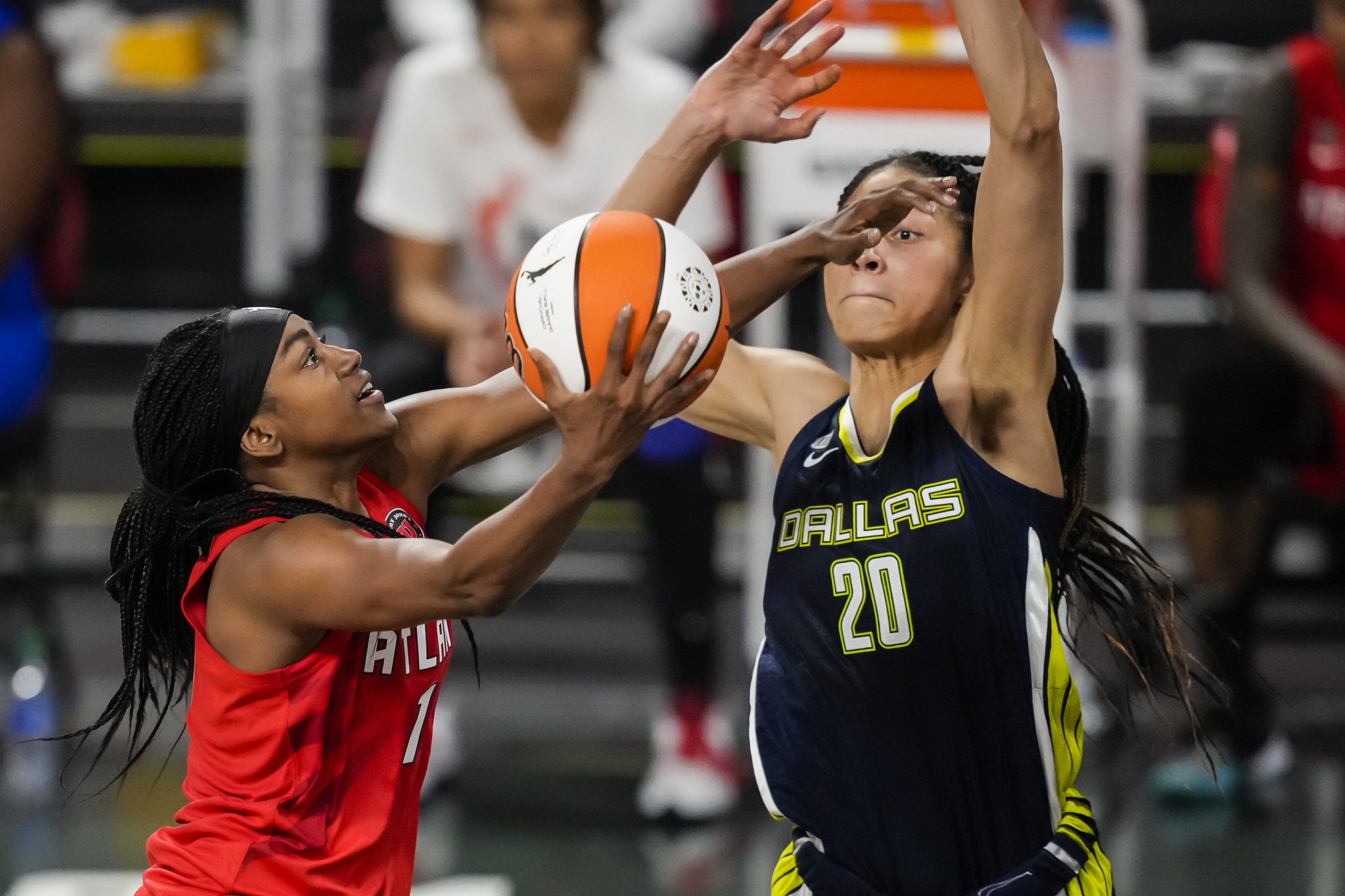 The WNBA is bringing fans another great 4-game slate tonight! Coming off disappointing losses on Tuesday night, the Los Angeles Sparks and Chicago Sky look to bounce back against the Minnesota Lynx and Las Vegas Aces, respectively. In the other two games, Atlanta heads to Dallas for the final two games of their regular season series while the New York Liberty visit a struggling Seattle Storm squad. Here are our best bets for tonight!

Dallas plays host to Atlanta for the final two games of their 3-game series. The Dream secured the victory in the first outing back in May, 101-95. Atlanta is currently on a 10-game skid and has lost their last 13 of 14. But why does my gut tell me Atlanta has a chance?

Yes, Atlanta’s last win came back on June 29 – but the losing streak has to end at some point and I think it could happen tonight. Since the month-long pause, Dallas has been without all-star Satou Sabally. Sabally can play inside and out and also led the team in rebounds prior to her Achilles injury. During her absence, the Wings’ points per game have dropped by 10. The same can be said for Atlanta as their points per game is 8 points fewer than it was prior to the all-star break. However, Atlanta still attempts the most shots per game in the whole league, but has the lowest field goal percentage while Dallas is last in the league in shots attempted per game. 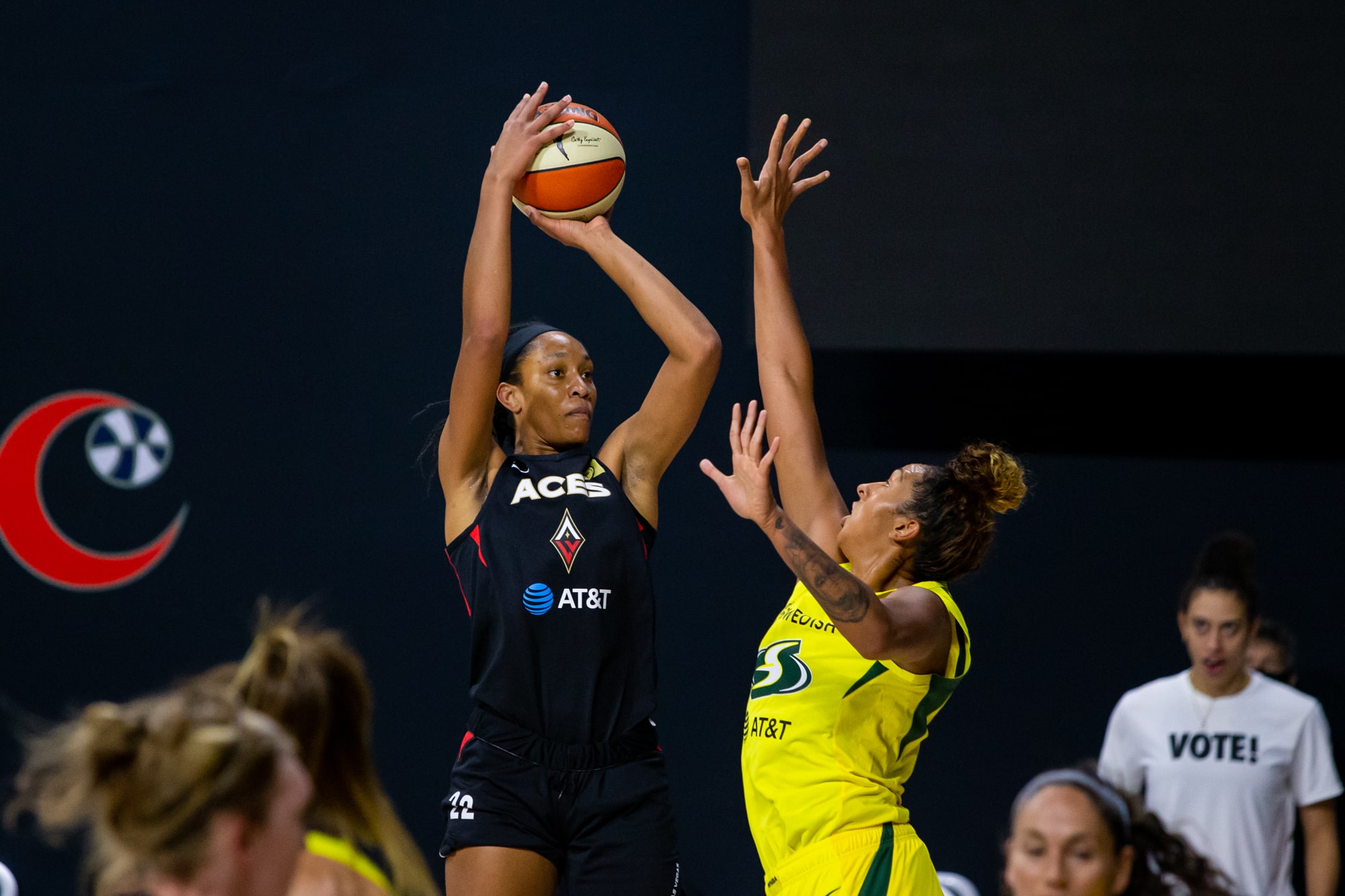 I’ll start out by admitting I will forever side with the Chicago Sky. I am a Chicago native and will always root for my home team. That being said, I was completely disappointed on Tuesday night in Phoenix. For the team that has the toughest second half schedule and is currently in 6th place when only 8 teams make the playoffs, Chicago should be nervous.

Chicago and Las Vegas both enter tonight’s game being two of the top-4 teams in pace of game. Additionally, post all-star break, the Sky are second in the league in points per game (86.7) while Las Vegas sits right behind at 80.8. The Aces have already ruled out center Liz Cambage and Dearica Hamby for tonight’s game which eliminates the post presence of Cambage in the paint and Hamby’s versatility in positions.  I like the Sky in this one and don’t think they can let this one get away.

Both teams enter tonight’s game on a 3-game skid. New York is 1-8 in their last 9 games, with their only win coming against Seattle when Bird and Stewart did not play while Seattle has struggled since returning from the month-long pause, going 2-5 in their last 7 games.

While Seattle has already clinched a playoff spot, they need to stay above 4th place for a first-round bye. Their toughest opponent is their last game of the regular season against a red-hot Phoenix Mercury team. Seattle cannot afford to lose any more winnable games as Phoenix is trying to beat out Seattle or Minnesota for a top-4 seed. Likewise, the Liberty are barely hanging on in 8th place. WNBA fans witnessed Sami Whitcomb return way earlier than expected, but only played 7 minutes and went 0-3 from the field. Looking at their last two outings, there was only a 1 point difference at half. Both teams have a lot at stake in tonight’s match-up – and I will take my chances with the Liberty covering in the first half.