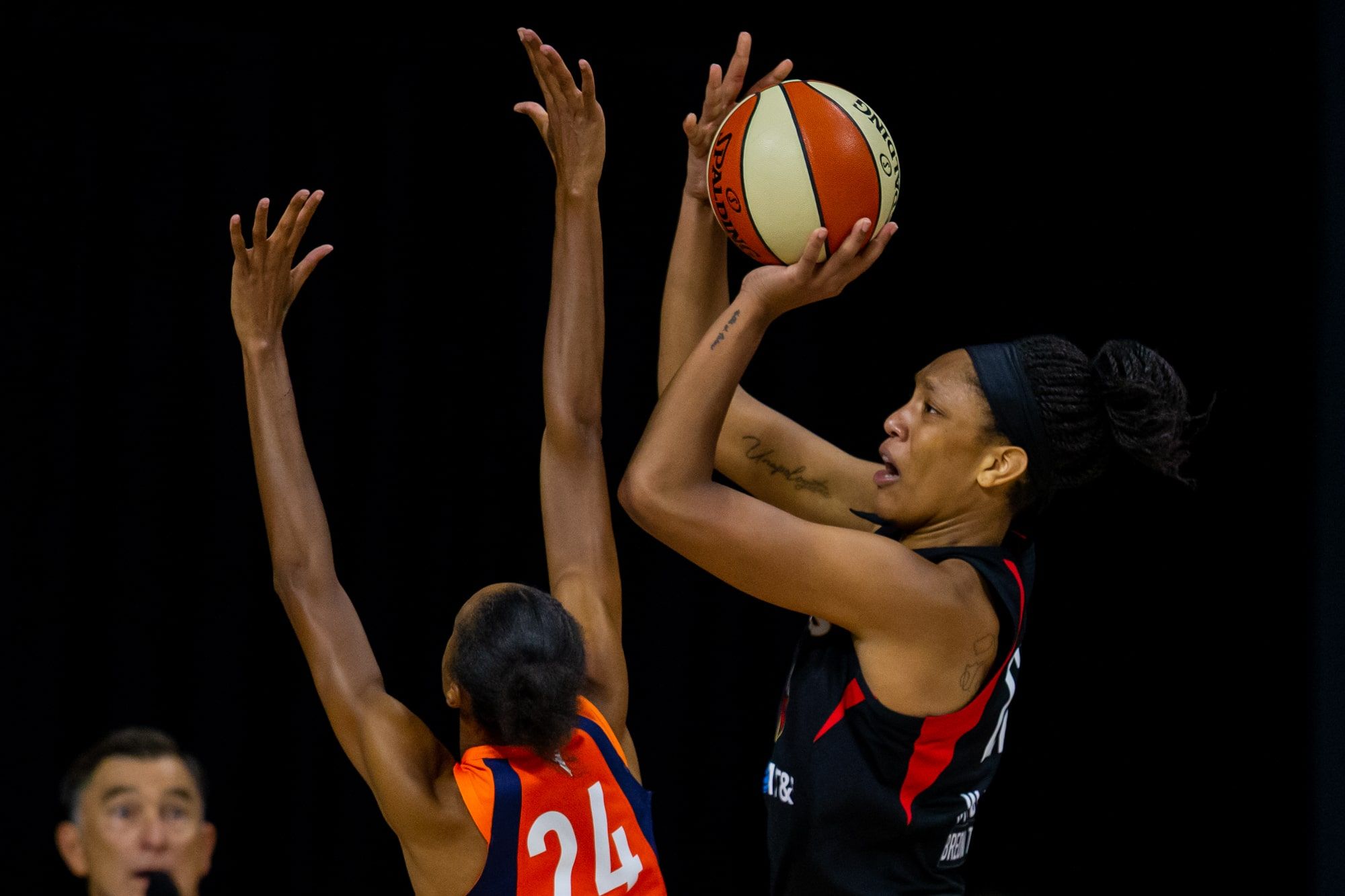 After a great WNBA showing on Tuesday, we look to do it all again in tonight’s 3 games, with plenty of playoff implications as we edge closer to the end of the regular season. With less than 10 games to go, expect an all-out battle as the 4th-8th seeds are only separated by 5.5 games.

After scoring a season-low 62 points on Tuesday night in Connecticut, the Aces continue their road trip out east as they head to Atlanta for their second and final meeting against the Dream. In their previous matchup, the Aces set a franchise record for points with a 118-95 win.

Both teams enter tonight’s game coming off a recent loss — the Aces fell to the Sun in an outright first-place showdown, while the Dream dropped their 9th game in a row to Chicago. Las Vegas did clinch a playoff spot last night when Phoenix beat New York, however, I still expect the Aces to come out strong after such a disappointing performance on Tuesday. Tonight’s contest should be another high-scoring one between these 2 squads as the Aces lead the WNBA in offensive rating, while the Dream is the league’s worst defensive team. Even with the Dream’s recent signing of Candice Dupree, I expect the Aces’ bigs to be too much to handle.

Tonight’s outing will be the first of 3 between the Sparks and Sun — 2 teams that prefer a slower style of play compared to the majority of the league. The Sun are coming off a dominant performance against the Aces — showcasing why they are the best team in the WNBA. After claiming sole possession of first place on Tuesday, look for the Sun to keep building momentum into the playoffs.

The Sparks come into tonight’s game holding the league’s worst field goal percentage (40.3) and last in points per game (73.8). Injuries have plagued this Sparks squad during the first half of the season with Kristi Toliver, Nneka Ogwumike, and Chiney Ogwumike all missing a good portion of games prior to the month-long pause. Los Angeles currently sits in 9th place in the overall standings — tied with Dallas but outside of the top-8 as Dallas holds the tie-breaker. Look for the Sparks to put up a fight tonight, but ultimately come up short. 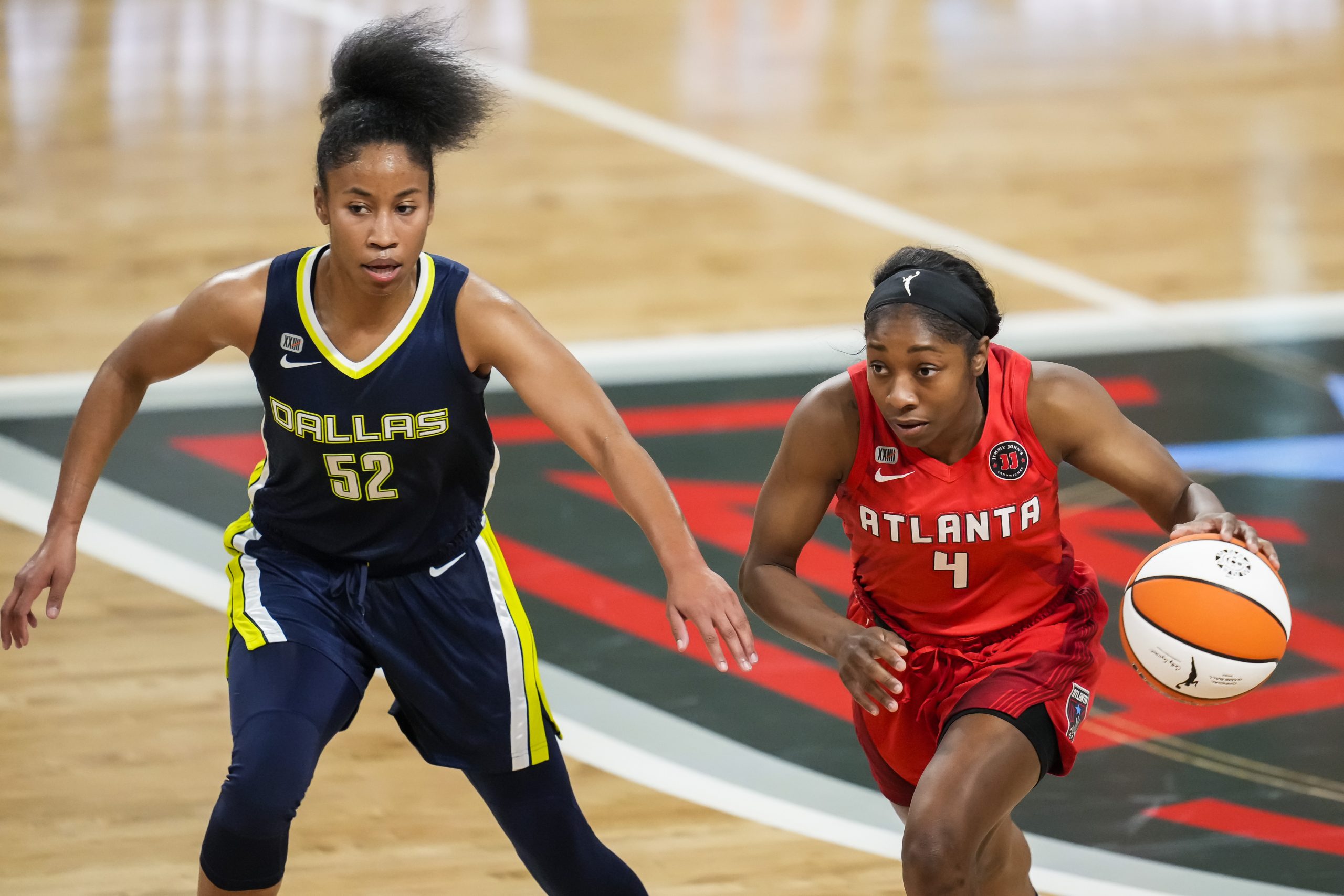 One team is currently in, one team is currently out. This matchup should be the best one of the 3 featured games tonight as Dallas holds the last spot in the playoffs with less than 10 games left of the regular season. Washington is not too far behind in 10th place, but only 1 game separates the 2 teams.

Allisha Gray and Satou Sabally have already been ruled out for Dallas tonight which is scary as Washington’s Elena Delle Donne is starting to settle in with only 2 games back after not playing for 22 months. I expect this game to be fairly high-paced as Dallas is 3rd in the league in fast-break points and points per game, while both teams give up over 80 points per game. Regardless if Washington center Tina Charles is out again tonight, this is a must-win game for the Mystics as they have the 4th toughest second half schedule in the league – Dallas has the 3rd easiest.