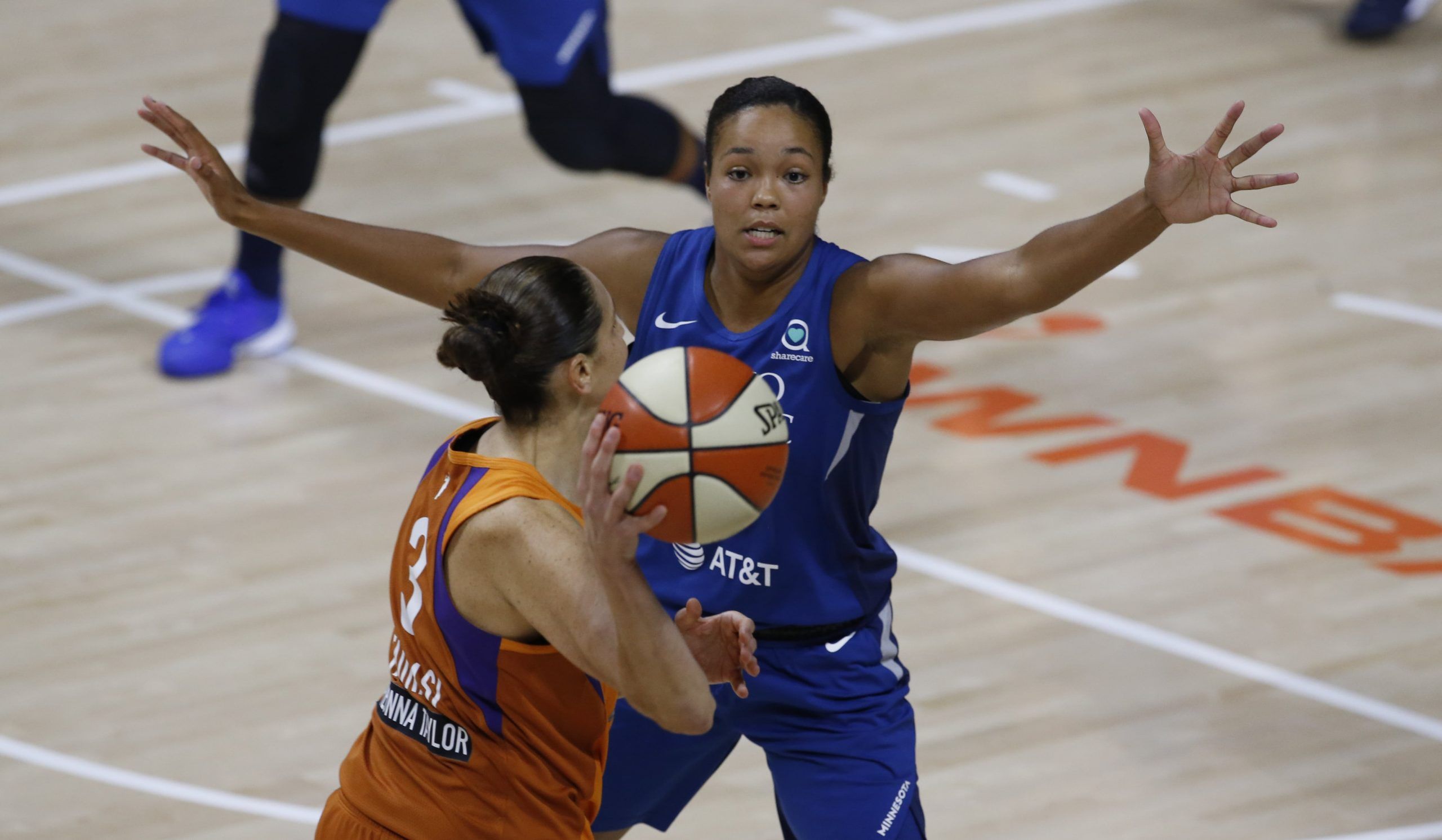 Sunday’s 6-game WNBA slate did not disappoint! Seattle and Chicago gave the fans an OT thriller in the Windy City, the Aces erased a huge deficit to claim a home victory, and Natasha Howard put on a clinic in her first game back from injury. We have a 5-game schedule tonight that is sure to bring just as much excitement to WNBA fans as Sunday’s games did. Buckle up; we are just getting started.

Both teams enter tonight’s contest coming off recent wins on Sunday. The Lynx outlasted the Liberty to extend their winning streak to 8, while the Sun stormed past the Wings. The Lynx are in 4th place in the overall standings, one spot behind the Sun. While Connecticut is atop the Eastern Conference, Minnesota is sitting in third on the Western side.

These teams faced off once before on May 30 in Minnesota. The Lynx secured the win in OT, 79-74. Sylvia Fowles led all scorers with 24 points, while Jonquel Jones led the Sun with 22. Expect Fowles and J. Jones to battle it out again tonight, but also look for Brionna Jones to have a bigger impact in tonight’s game than she did in May. B. Jones played 37 minutes and contributed only 7 points. She will need to have a bigger role in tonight’s game for the Sun to win against a tough Lynx squad.

Dallas will face another WNBA Finals contender tonight in Chicago after losing by 21 to the Eastern Conference-leading Connecticut Sun. Dallas will again be without All-Star Satou Sabally for the second straight game. Chicago comes off a thrilling OT win against the reigning champion Seattle Storm on Sunday. The Storm played without Bird and Stewart.

This will be the third meeting between the Wings and Sky, as the previous meetings took place in Dallas for a 2-game series. Chicago took the first game by 10, while Dallas sought revenge with a 100-91 win in game 2. Both teams have shown they will get out in transition and can score the basketball. The absence of Sabally will impact tonight’s game, especially on the defensive end where she leads the team in rebounds. Without Sabally, Chicago should not have an issue coming away with the win as they look to continue to build momentum in this second half. 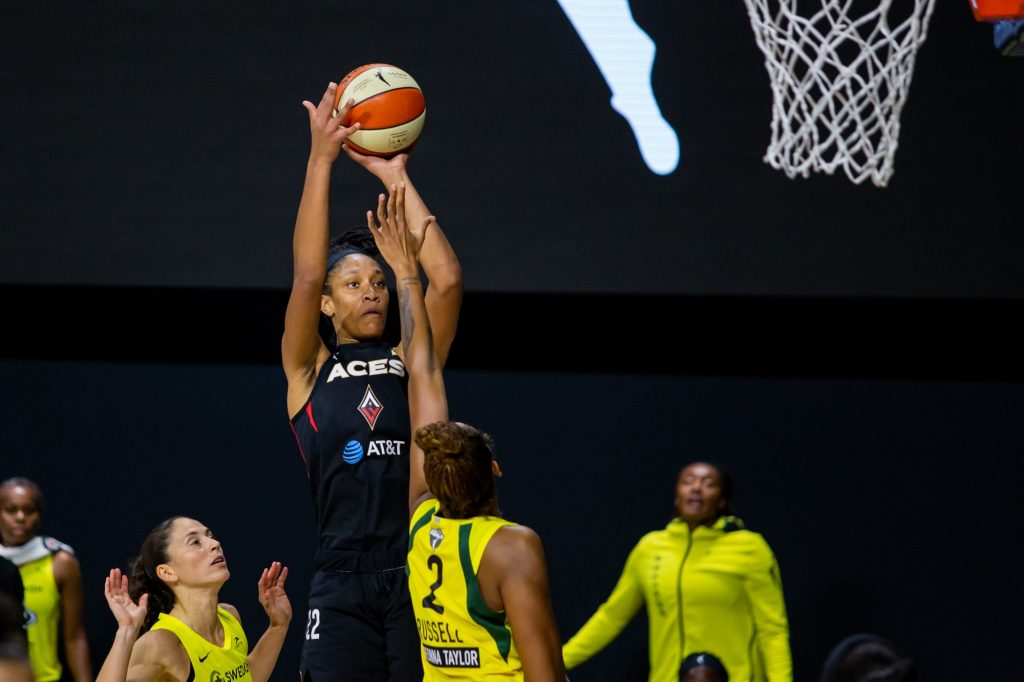 Let’s try this one again. A +11.5 spread on Sunday hit easily as the Mystics crumbled in the 4th quarter to lose in a heartbreaker by 1. Washington has played Las Vegas tight on the previous 2 outings and I don’t expect this one to be any different.

Washington was up by 15 at halftime after Liz Cambage picked up 3 fouls in the first half. The second half was all Vegas as they outscored the Mystics in both the 3rd and 4th quarters. A’ja Wilson led the Aces with 20 points, while Cambage and Jackie Young chipped in 17 and 14 respectively. The 3-headed monster for Washington in Myisha Hines-Allen, Tina Charles, and Ariel Atkins combined for 56 of Washington’s 83 total points. Washington missed on a huge opportunity to defeat the title-favorite Aces and will try to do it again tonight. As I said on Sunday, I don’t think the Mystics win but will make it a fun game for WNBA fans.

Odds available at the time of publishing.