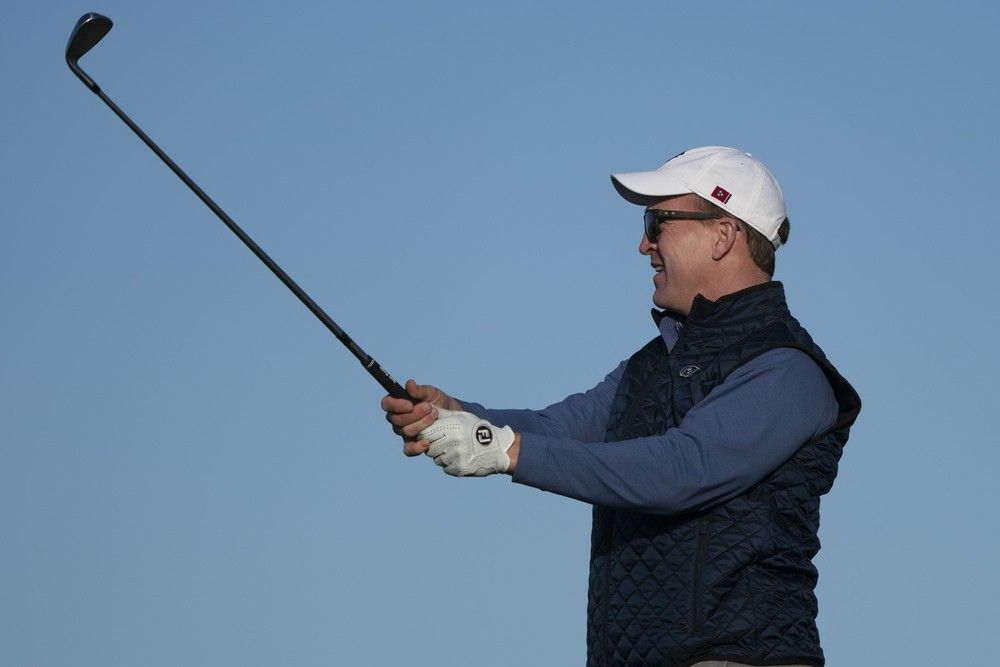 With all upcoming golf events postponed (and the Masters pushed back to (maybe) October), fans have been clamoring for some content.

Fortunately, the sequel to “The Match: Tiger v. Phil” could soon be coming to a television near you… and it sounds like it’s going to include a subtle twist.

According to multiple news outlets, golf legends Tiger Woods and Phil Mickelson are planning a rematch to their one-on-one matchup from 2018. This time around, we’ll see (at least) two new participants: NFL legends Tom Brady and Peyton Manning. Brady is likely to be teamed up with Mickelson, while Maning will likely be paired with Woods.

Mickelson won the 2018 Thanksgiving-weekend tourney on the 22nd hole, taking home the $9M grand prize. This time around, the two teams will be playing to benefit coronavirus relief efforts. Specifically, both Woods and Mickelson are hoping to include some kind of telethon, with sponsor money also being donated.

While the original “Match” was a pay-per-view event (until technical difficulties screwed up those plans), this matchup would be airing on TNT.  The event will predictably be played without a live crowd, and participants will likely be adhering to active social distancing requirements.

The event will probably take place in Florida, and there’s a push to schedule it for May. While a tentative date could understandably change, there seems to be a motivation from Turner to broadcast this event before major sports leagues return to action. In fact, Michael Bamberger of Golf.com suggests the event would take place two weeks before any league resumes or begins play.

There had been previous rumblings that a rematch could take place, with Mickelson indicating that he was working on the logistics. Bamberger writes that Woods wasn’t particularly interested in another tournament, but he changed his mind following the devastating impact of the Covid-19 pandemic.

Best of all, the event might not be limited to that foursome. Stars from the PGA, NFL, and NBA could also find their way into the tournament. There have even been rumblings that TNT basketball pundit (and golf fanatic) Charles Barkley could be an off-site commentator.

Who will win? Well, these events are always a bit unpredictable, especially when non-professional golfers are participating. It’s probably worth noting that Woods and Manning previously played together at the 2019 Memorial tournament. Further, back in February, Brady even tweeted that “Peyton is the better golfer right now” (although, Brady also defended himself by noting that Manning has “had much more practice these past few years”).

On the flip side, Mickelson won the last “Match,” and Brady shouldn’t be enough of a liability where that duo isn’t the favorite heading in.

If that ends up being the case, we’re absolutely going to go crazy on the Woods/Manning underdog odds.