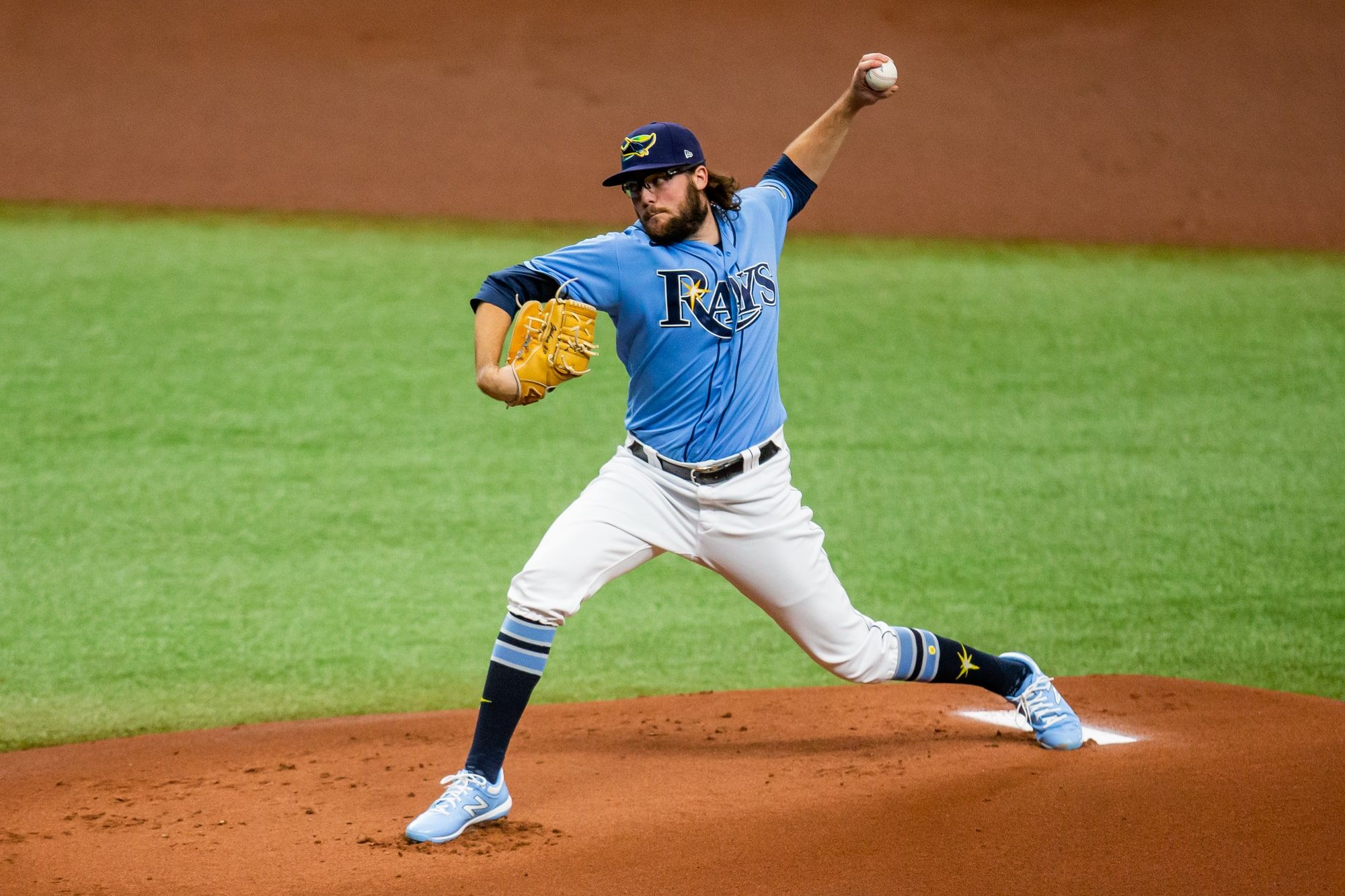 After what has been the most unusual, quickfire regular season in MLB history, it is now time to gear up and get ready for the equally fast-paced 2020 MLB Playoffs.

As 16 teams prepare to enter the postseason, we give you all the Wild Card Series’ to look forward to and the odds for the American League and National League. We’ve also got all the odds for the big one– the 2020 MLB World Series.

Also, don’t forget to check out our free MLB picks, where we give previews and predictions for EVERY game in the 2020 MLB Playoffs. You can also see our best bets and parlays to give yourself a chance of winning big. 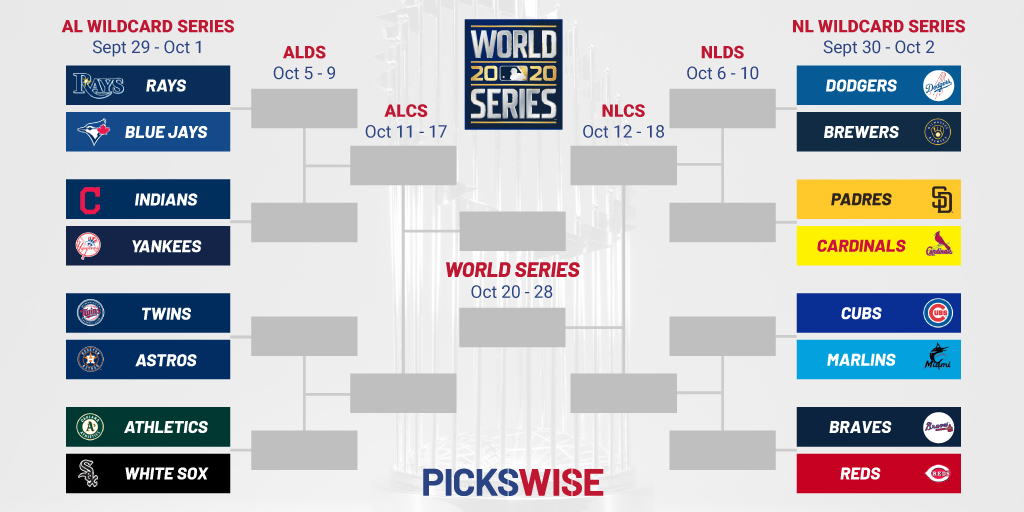 The American League Wild Card Series gets underway on Tuesday, September 29th and this year will see teams compete in a best-of-three series, shifting from its usual single-game eliminator format.

Home-field advantage for the Wild Card Series is awarded to the higher-seeded teams, and was decided by the three division winners and the second-placed team with the best record.

Below are the four American League Wild Card Series’ with the teams’ odds of winning that series in brackets.

Here are the betting odds for the 2020 MLB Playoffs to win the American League:

The National League Wild Card Series begins on Wednesday, September 30th, and like the American League will be contested via a best-of-three series.

Below are the four National League Wild Card Series’ with the teams’ odds of winning that series in brackets.

Here are the betting odds for the 2020 MLB Playoffs to win the National League:

The MLB World Series is the pinnacle of baseball, and will see the top teams of the American League and National League face off in a best-of-seven series at Globe Life Field in Arlington, Texas–home of the Texas Rangers.

The Los Angeles Dodgers are the favorites at +300 after posting a 43-17 record, and will be looking for their first World Series win since 1988 when they defeated the Oakland Athletics 4-1. The A’s are the #2 seed in the American League and are available at +1000.

Second favorites are American League winners Tampa Bay Rays, and are +550 to win their first ever World Series.

Here are the betting odds for the 2020 MLB World Series:

The Los Angeles Dodgers have looked excellent this season and are the rightful favorites to win the National League and their first World Series for 32 years.

However, the San Diego Padres are the most exciting team in baseball right now and at +500 I like their chances of winning that League Championship. Infielder Fernando Tatis Jr. has been incredible all season and if he can continue to that form into the playoffs then this Padres team can hang with the Dodgers.

Over in the American League things look more competitive, but the Tampa Bay Rays are the team to beat and I think they’re just too good. No team really came close to challenging them for the #1 seed and as long as they avoid a shock slip-up against Toronto, it’s hard to see how any team beats them in a series.

Similarly this Rays team looks more than capable of winning its first ever World Series and odds at +550 are just about right. However, given the quality of teams in the National League, you might be better off sticking to the League Championship markets.