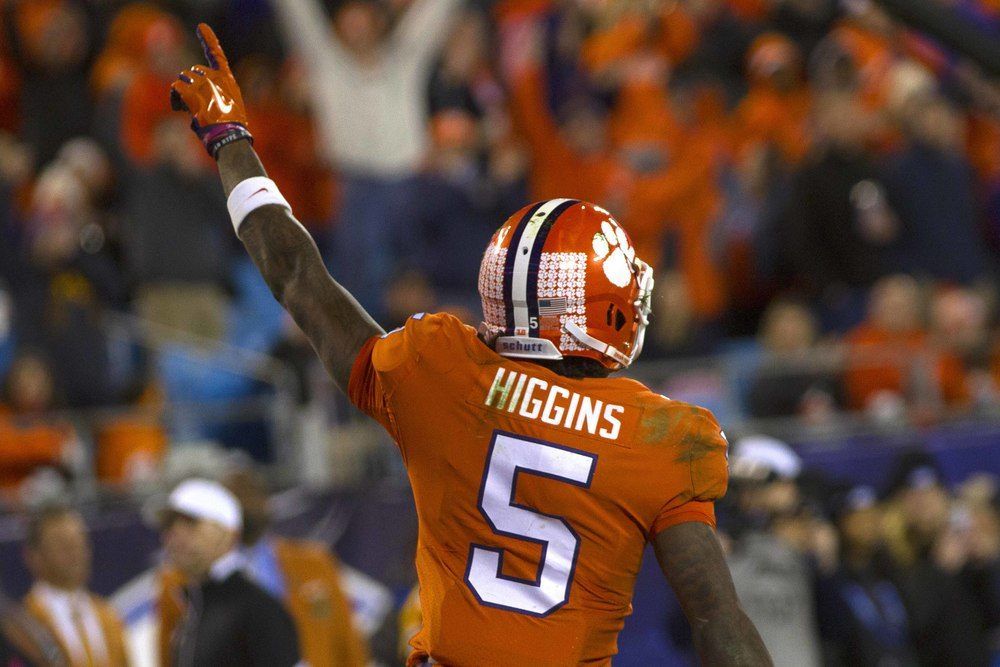 Since graduating from Davidson (The College That Stephen Curry Built), I have been writing about sports--just about any and all you can think of!--and coaching tennis in Atlanta, Ga. Beyond the four major sports, I am an avid tennis fan and cover the ATP Tour on a daily basis. If I'm not busy writing, you can generally find me on a tennis court or traveling the world wherever a sporting event takes me.
@Dimonator133
Updated: 12:32 PM ET April 24, 2020

Now it’s time to get Joe Burrow some help.

After watching idly on day one, Indianapolis gets arguably the best player still left.

The defensive overhaul continues after taking Jeff Okudah in round one.

New York needs defense after taking an offensive tackle instead of Isaiah Simmons at No. 4.

As usual, the Patriots stockpiled picks by trading out of the first round.

With Luke Keuchly having retired, a linebacker here makes sense.

Miami must have thought about Swift with one of its last two first-round picks.

Getting Simmons and then Fulton would be a stellar one-two defensive punch.

There are plenty of good safeties still on the board, which is good news for Cleveland.

It would not have been a big surprise to see Gross-Matos go in the first round.

This will not be a splashy draft for a Chicago team that did not have a first-round pick.

A busy day two for the Colts will see them get some help for Philip Rivers.

Denver could not pass up Jerry Jeudy on Thursday, so now it’s time for defense.

The Falcons just barely missed out on Javon Kinlaw; they won’t miss a DT here.

It was OT over WR for the Jets in round one; now they get a playmaker.

Like Chicago, Pittsburgh will go OT with its first pick of the 2020 draft.

Todd Gurley is gone, so the Rams get a replacement in Taylor.

It’s defense time for Philadelphia, which made a surprising WR choice in round one.

The Bills, who did not pick on Thursday, have got to get to the quarterback.

A need-based pick here after the Ravens got it from ATL for Hayden Hurst.

This would wrap up two days of impressive work in South Beach (Miami got an A+ from us for Tua).

Another great value pick for Baltimore, just like Patrick Queen in the first round.

This could be a minor reach, but the Titans need linebacker help.

If Green Bay’s first pick made little sense, this one does.

A secondary-rich second round adds another in the form of the little-known Robertson.

Seattle isn’t making sexy picks, but needs are being filled.