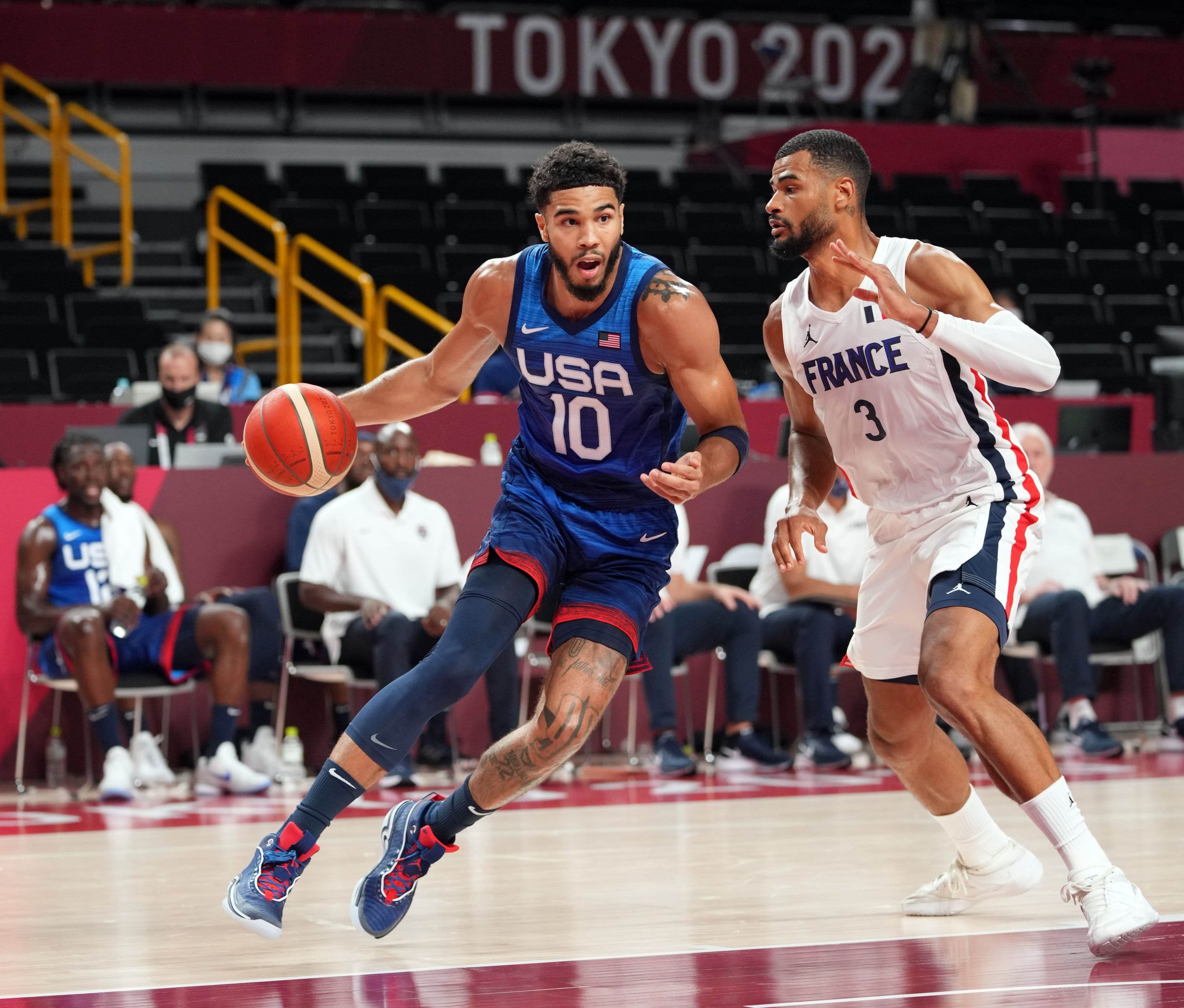 Like most Lithuanians, I started watching basketball from the age of six. I'm based out in London and played basketball at the University of Lincoln here in the UK. I had always had an interest in the NBA but things really took off in the summer of 2010. That year Linas Kleiza led Lithuania to 3rd place at the World Championships and signed with the Toronto Raptors to replace the departing Chris Bosh. I've been a Raptors fan since that day and I've not missed a game since. I've been handicapping games for more than a decade, specializing in player props.
@NBAGreenMachine
Published: 12:26 PM ET August 06, 2021

The 2020 Tokyo Olympics men’s basketball tournament is coming to an end with Team USA getting a chance to avenge its sole loss of the tournament. The French reached the final after a dramatic late block from Nicolas Batum and they will look to gain Olympic gold by earning their third straight win against the Americans. Now let’s take a look at the selections for the finals and the bronze medal game.

France was extremely confident after beating Team USA in the group stages. Despite being down by 6 with under 4 minutes to go, they were able to rally to an 83-76 win. Looking back to 2019, the French were able to earn a 10-point win in the quarter-finals of the FIBA World Cup against the Americans. They should be fearless in this final, especially with the talent on their team. Rudy Gobert has been a great inside presence with his four blocks in the semi-finals. On the perimeter, Nicolas Batum and Timothe Luwawu-Cabarrot provide defensive support on the wings. Evan Fournier and Nando De Colo both have multiple 20-point efforts and either one is capable of going off here and keeping the French close.

The USA has the best percentages at the tournament from the field and 3-point range but in each of their knockout games, this was not consistent. Both Spain and Australia were able to build double-digit leads against the USA, and if the French can have a similar stretch here, they should be better positioned to defend the lead. Kevin Durant has been a clear offensive leader for Team USA but as mentioned earlier the French do have quality wing defenders. Having lost to them by 7 points earlier in the tournament, it is hard to see a sudden 19-point swing here. Therefore, back the French to keep it close. 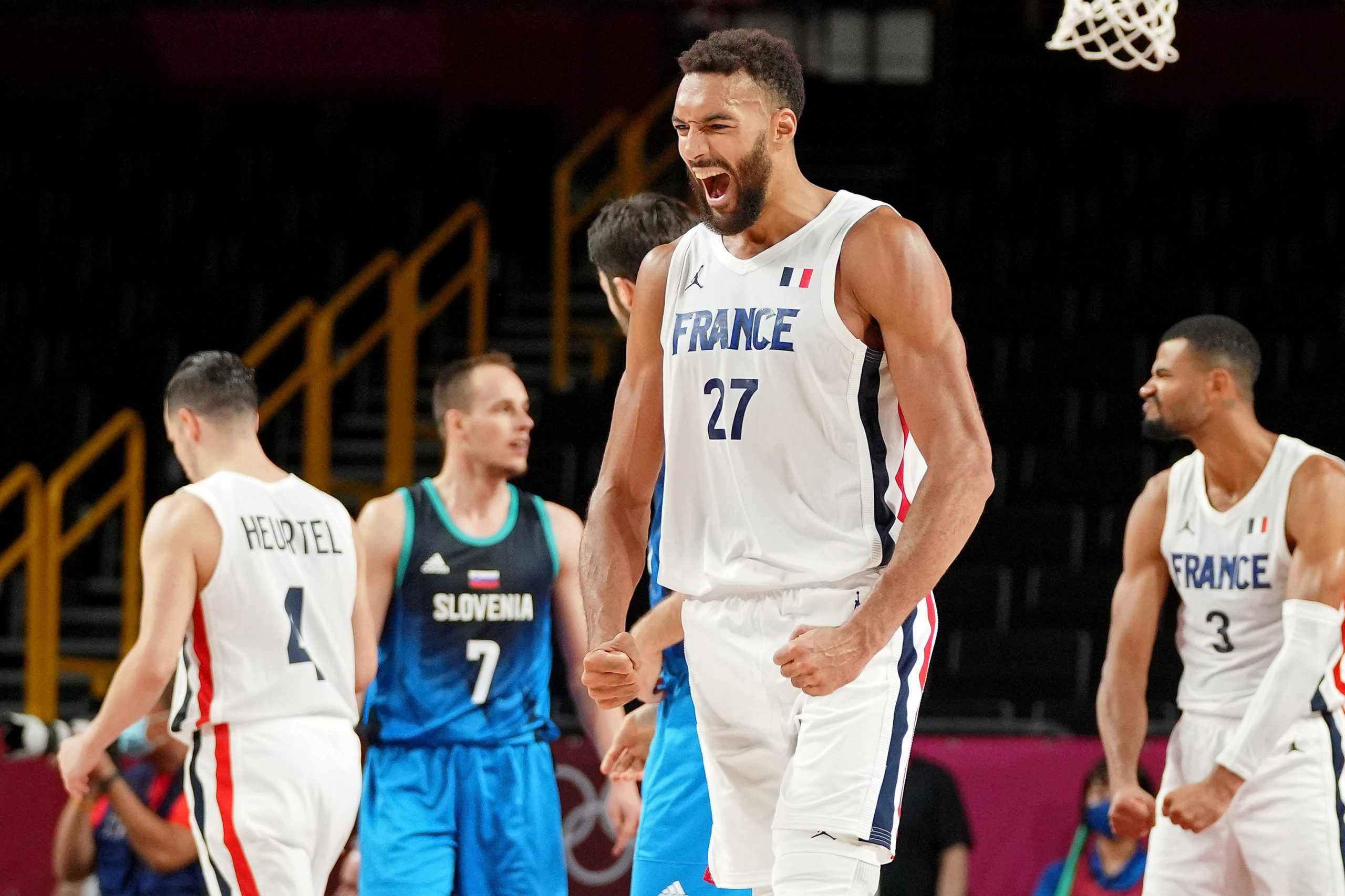 The size of this French team is one of the key advantages that they will hold over the USA in this gold medal game, and it is something the French must exploit. Gobert scored 14 points when these teams met in the groups, and he is likely to put forward a similar effort here. Gobert should see the majority of his minutes against Bam Adebayo, who he has had success against this season in the NBA. In both meetings between the Jazz and Heat, he was able to surpass the 12-point mark. He has a height and length advantage over Adebayo so he should remain active on the offensive boards.

Considering Gobert’s slight struggles from the free-throw line, where he is shooting 61 percent on the tournament, the USA could look to send him to the line to limit his efficiency. However, the additional free-throw attempts should help him hit this over.

So far in this tournament, Bam Adebayo has seen his biggest minutes against France, reaching 25 minutes in their opening game. With either Rudy Gobert and Moustapha Fall ever-present in the paint, and with Adebayo the most talented big on the USA roster, he is likely to see plenty of playing time in this gold medal game. With the skillset of the French big men, and with their limited shooting ranges, Adebayo should be allowed to roam around the paint and collect boards. He managed 10 rebounds in the group games, six of which were defensive. Look for a similar level of production here. 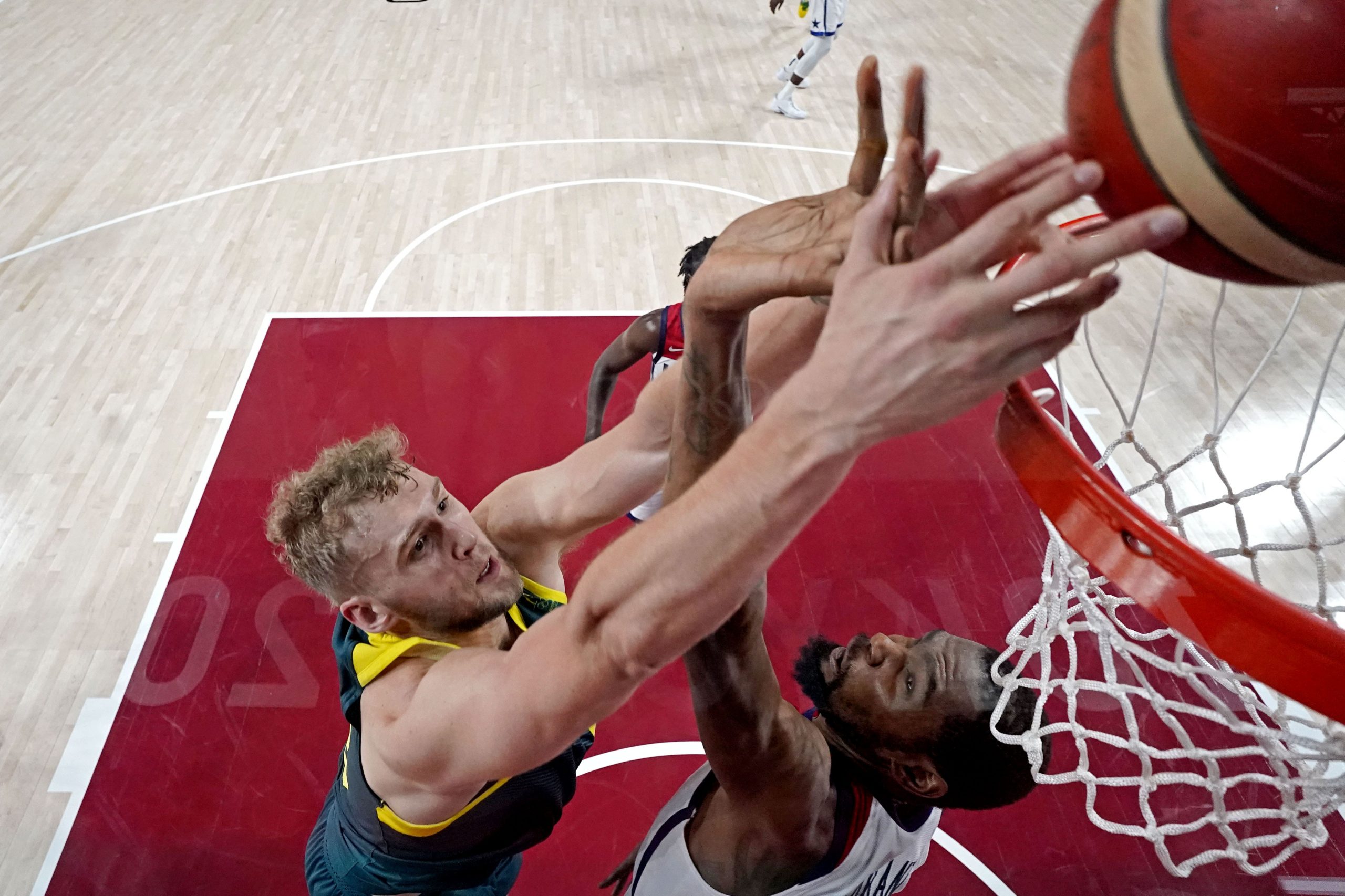 Australia looked to be cruising against the USA, jumping out to a 15-point lead before running out of steam. However, they should be rejuvenated here to claim their first basketball Olympic medal. Up against them is a strong Slovenian team, who came one shot away from reaching the final. In that game Luka Doncic was clearly troubled by his wrist, which he injured going after a loose ball. It meant he only shot 27.8 percent from the field in the game, leading to only 16 points. I doubt his wrist issues have suddenly gone away with just a day’s rest, therefore it is hard to expect a big scoring performance from him here. Considering Matisse Thybulle is lining up for the Australians, look for him to have a tough night either way.

With Doncic not at 100 percent, Australia’s deeper roster should be able to swing the result here. Patty Mills and Joe Ingles can really pack an offensive punch and it is tough to expect the likes of Zoran Dragic to have another big game like he did against the Germans in the quarter-finals. Aron Baynes is out of the Olympics, but Jock Landale has done a good job of filling in so far. His mobility should really help him navigate the multiple picks and rolls that Slovenia tends to run. Australia is a deep squad, and they should have enough to get the job done.

Make sure you check out the rest of our 2020 Tokyo Olympics picks, including for the baseball gold medal game!